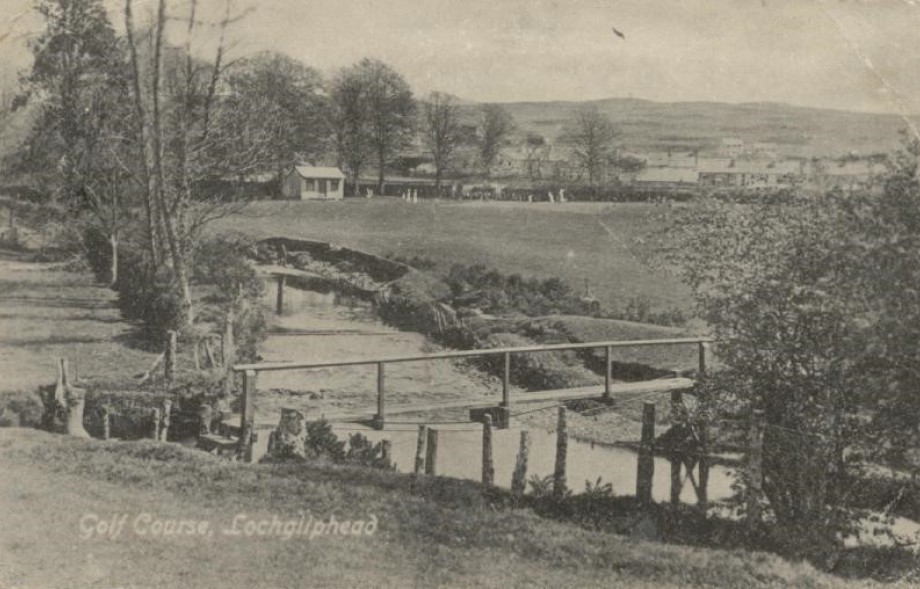 Golf Competition.- Great interest has been taken in a golf competition which has taken place on the Lochgilphead course during the past week for a set of golf clubs presented by Dr Fraser, Falkirk.  Some weeks ago, on account of the club and course having been recently formed, a competition took place among the members, in order to enable the committee to fix the handicaps, which ranged from scratch to 25 points.  About a dozen of the members played Saturday for Dr Fraser’s prize, and a similar number on Thursday evening, both days being wet and stormy- indeed, so much rain has fallen of late that the putting greens were very soft, and almost unfit for play.  Mr C. D. MacKenzie was scratch, and was quite unable to play against the handicaps allowed.  The clubs were won by Mr A. MacBrayne with a score of 89 for the 18 holes, after deducting the 21 points which had been allowed him.  It has been intimated that gold and silver medals will be competed for at the end of the summer.

Golf Competition.- The second of six monthly competitions for a silver medal, presented by Mr D MacCubbin, was played on the Lochgilphead course on Saturday afternoon, in suitable weather.  Dr James Hunter, who took the first position last month, again secured the same position on Saturday with the total score for the 18 holes of 100 ; Mr A. MacBrayne coming second with 110,  On Saturday only nine players turned out, and it is likely even this number will decrease as it becomes more evident who the winner is to be. 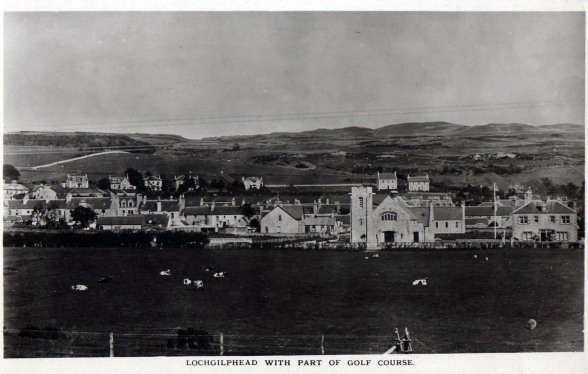 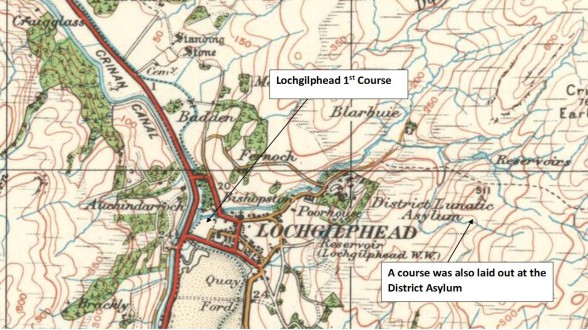 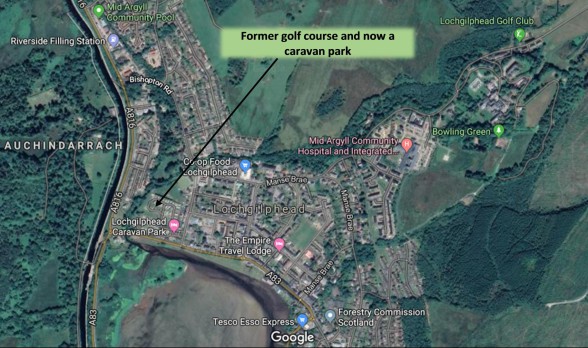