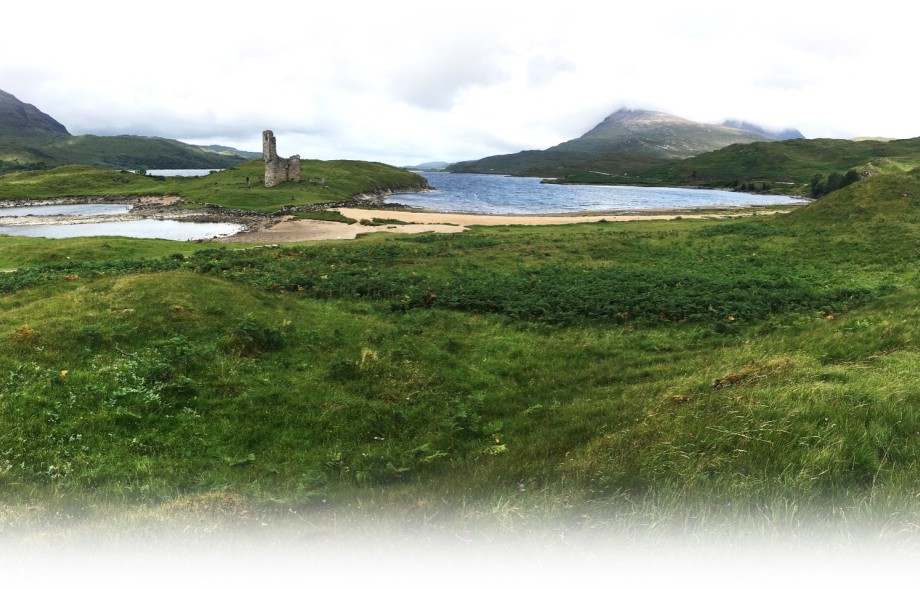 Assynt Lodge Golf Course, established 1909.  A 9-hole course laid out in the grounds of Loch Assynt Lodge, owned by the Duke of Sutherland, by the tenant Eric Chaplin, Lord Chaplin. 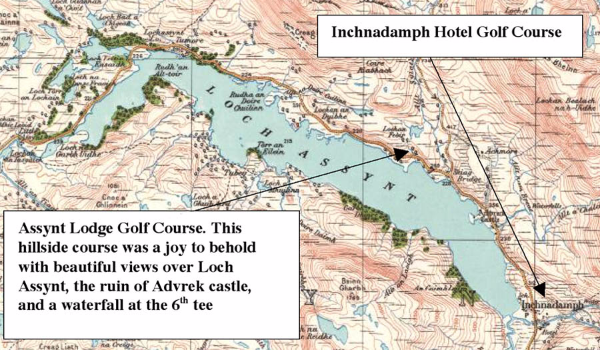 In 1905 the Sutherland estates leased out a portion of their estate to Mr Eric Chaplin, a keen sportsman, who, in 1909 laid out a golf course alongside Loch Assynt and on part of the adjoining hillside. Wooden bridges were built over the streams and the course passed by the remains of Ardvreck Castle and Calda House.  The course was maintained by means of a grass cutting machine and a roller, both horse-drawn.  The first recorded use of the grass-cutter was in September 1912, while correspondence shows that the roller came from Messrs Shanks & Son, Arbroath by rail to Kyle of Lochalsh, by steamer to Lochinver and then carted the 12 miles to Loch Assynt  James Mackenzie was named as greenkeeper in 1913 and he also supplied visitors with tickets at 1/- per day if they had not already purchased them from the Inchnadamph or Culag Hotels. 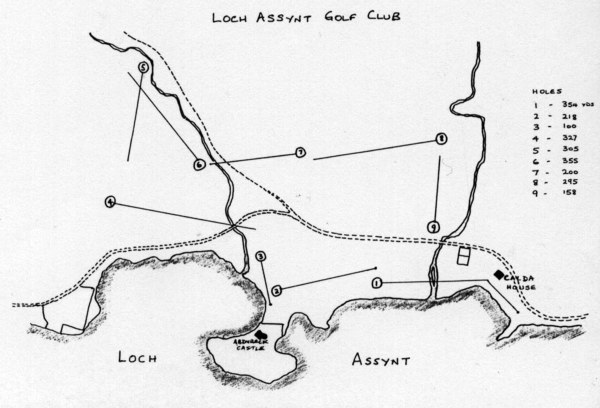 The plan of the course hung in Loch Assynt Lodge, beside a plan of Stoer Golf Links, also laid out by Mr Chaplin.

There are two Assynt Golf Club trophies, in the Royal Bank of Scotland at Lochinver, one being engraved as being presented by R L Harmsworth MP in 1921, and the other presented by Major General J W Stewart in 1921.  Major General Stewart bought the estate in 1913.  It is not yet known when the club ceased to exist.

In 1905 the Sutherland estates leased out a portion of their estate to Mr Eric Chaplin, a keen sportsman, who, in 1909 laid out a golf course alongside Loch Assynt and also part of the adjoining hillside. Mr Chaplin seems to have leased both the aforementioned ground and the lodge at Assynt for at least part of each year from 1905 to 1914 and during that time he made many improvements with the consent of the Duke Of Sutherland including additions to the lodge and new boathouse and piers. He had a motor launch on Loch Assynt, which was originally owned by the previous tenant, a Mr Whitbread, and some of the remnants to be seen today along the shores of Loch Assynt are of piers put there for guests to disembark at various points while motoring round the loch. One such pier near Ardvreck Castle allowed guests to disembark and play the golf course designed by Mr Chaplin. An inventory during his tenancy of the lodge mentions a plan of Stoer Golf Links, also laid out by Mr Chaplin, which implies the man liked his golf as well as fishing.

Assynt and the lodge were eventually purchased outright in 1914 by Mr ( Later General ) J.W. Stewart of Vancouver. This was the end of golf at Loch Assynt and Stoer Links. 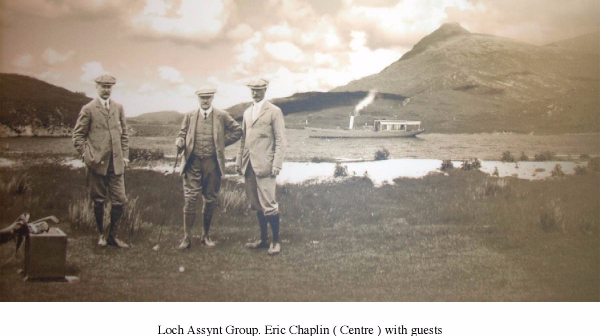 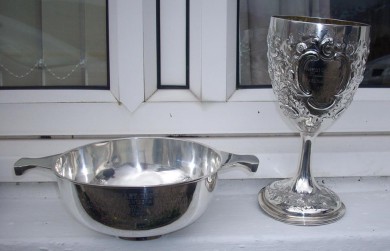 The old church at Assynt is now a museum, and these trophies which were once held at the Royal Bank in Lochinver, are now held along with a map of the course at the museum. 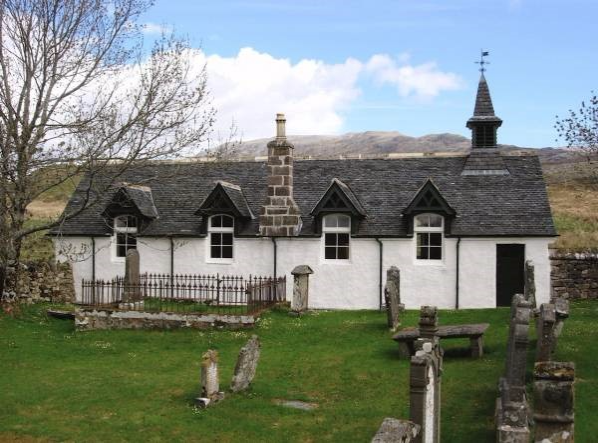 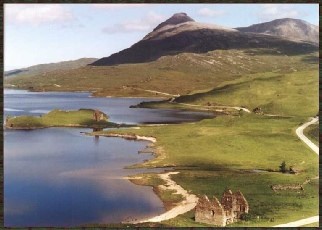 This golf course started near the ruin at the bottom of the photo and ran north towards the mountains, crossing the road and up the hill at the right of the photo. It then returned along the right hand side of the road back to the ruin. A truly magnificent location.