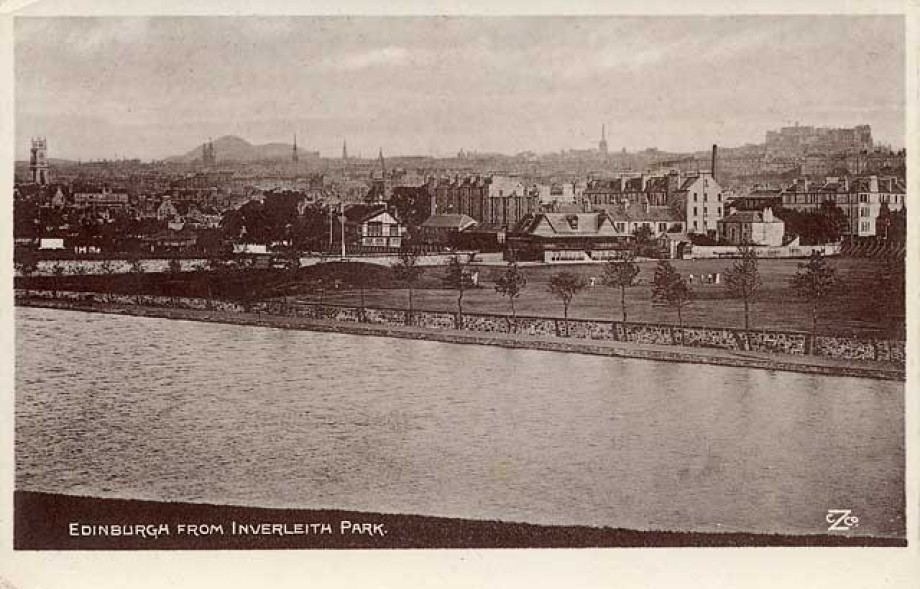 "The plans and works committee of Edinburgh Town Council, at a meeting. yesterday, resolved to recommend that the short game of golf be allowed to be played on a nine hole golf course, on the North-West section of Inverleith Park, daily till 10 am."

Inverleith Park became the "home course" of the Edinburgh Short Hole Club in 1903.

Sir, - As a golfer on Inerleith Park short hole course, I beg to state that there should be some new arrangement made as to the order of playing off.

Some person or person’s come and fill the tube with balls for a club: then people who have come down a little later have to wait till all those club balls are out, and yet people who have arrived at the starting place perhaps half an hour before members of clubs have to wait sometimes an hour and a half before they can play off. This state of things is intolerable, and I hope that for other golfers as well as myself, something should be done on the matter, as Inverleith is a public and cannot be made a private course.

"The Raeburn and Northern clubs played a match over Inverleith short hole course on Saturday with the following result. Raeburn 41 holes to Northern’s 7 holes. 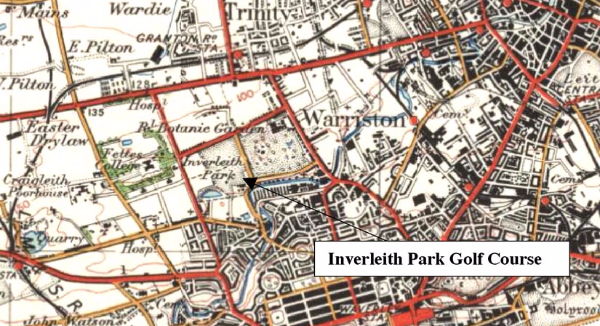 (reprinted from The Inverleith News, Autumn 2005)

This description is from the City of Edinburgh Report on Public Parks, Gardens and Open Spaces, 1914, by John W M'Hattie, Superintendent of Parks and Gardens. At 61 acres it was the fourth largest in the city, after the Braids, Blackford Hill, Saughtonhall Park and the Meadows. The area had previously been farm lands belonging to Inverleith House (the House itself, with the Arboretum, was acquired by the Royal Botanic Garden in 1877).

'The ground, with Farm Buildings, was purchased from Mr Charles H. A. F. C. E. J. J. Rocheid of Inverleith at a cost of £33,500. Entry to the greater portion of the ground was at Whitsunday 1889. Entry to the remainder - being the farm buildings, field to the south thereof, and two roadways - was at Martinmas 1899. The works undertaken were mainly for Roadways, Ride, and Drains, planting and laying out Grounds, New Greenhouses, alterations of Farm Buildings, and construction of Pavilion, &c. The Expenses connected with the acquisition of the Property were £226 7s 7d, and £12,659 6s 11d has been spent on the works above specified.

'This Park has been kept in good condition ... The Hothouses and Nursery are in good order, producing large quantities of plants, trees, and shrubs, which are distributed and planted in the different Parks, Gardens and open spaces in the City. There are two gymnasia, one for boys and one for girls: two Bowling Greens, four Tennis Courts, and two Golf Courses; also a Ride for Horse Riding exercise. Football, Cricket, and Shinty are permitted, and there is a good Shelter - Ladies' and Gentlemen's Cloakroom, and Pavilion for Football and Cricket ... A portion of the Pavilion is used as a Shelter by the old men frequenting the Park. Games, books and magazines are provided, and much appreciated.

'The Pond has been supplied with fresh water from the water main, so that the weeds, which were for a time a source of trouble and expense, have to a great extent been removed. There is now a fine sheet of clear water which is used for Model Yachting and water fowl.'

There follows a detailed set of accounts, including some revenue from bowling greens and tennis courts. Elsewhere there are further details. The gymnasium was used by 180 children per day, May to September, totalling 23,940 children in the year. Play was free on both the 18 and the 9 hole golf courses, each attracting over 30,000 people a year. There were 28 football pitches, with 80 home clubs, 784 matches and 17,248 players registered for the season. The cricket pitch had four clubs, and 29 matches. Rugby football, rounders and skating were also permitted. Music was provided on Friday evenings in June. At this date, just before the Great War, there were no 'garden allotments' at Inverleith, though a total of 186 are listed elsewhere in the city. There is also an entry for the Rocheid Path Ground, 1.75 acres, donated by the Governors of Fettes Trust in October 1894.

For further reference, there is a later undated report (c. 1937), Edinburgh's Open Spaces, by Alexander Bruce, City Transport Department, though it adds little for Inverleith. See also chapter 11 in Joyce M Wallace, Canonmills and Inverleith (Edinburgh 1994), for details of the gates and monuments in the park.