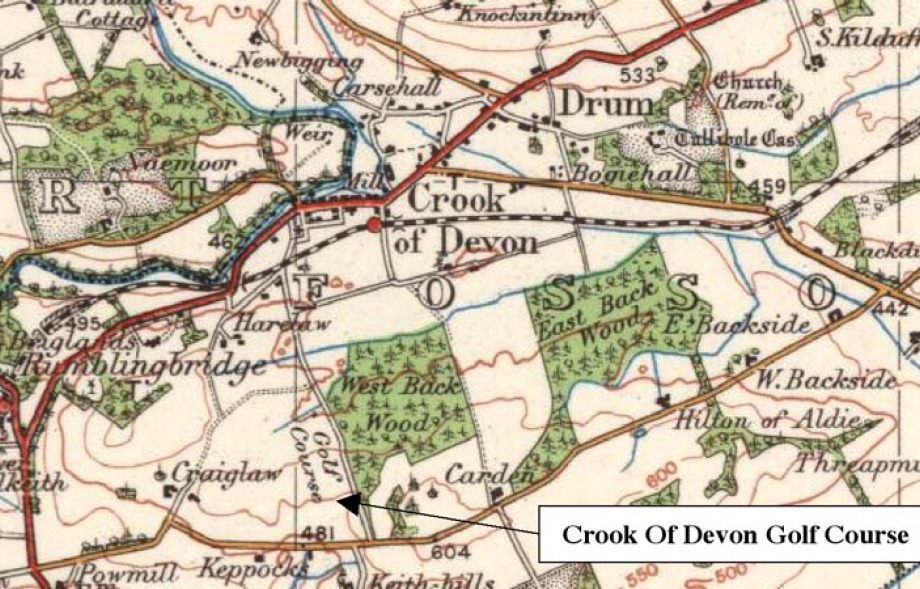 Crook of Devon and Rumbling Bridge Golf Club.  Founded 1895.  A 9-hole course at Fossoway, only five minutes walk from the railway station. 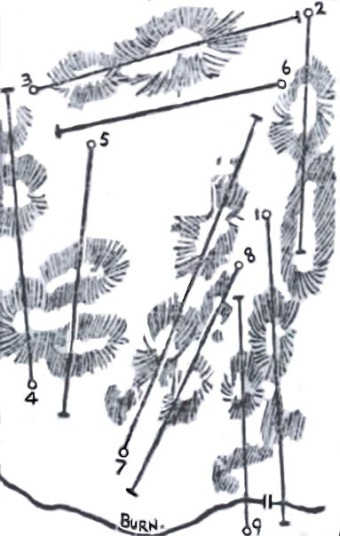 "This course of nine holes is now open. It is an interesting one, covered with very short heath, and there being numerous knolls, as also a small burn to contend with, the player finds ample room for his skill. It is pleasantly situated 500 ft above sea level on the South of the Devon Valley Line, and five minutes walk from Crook Of Devon station"

"A new golf course at Crook Of Devon was opened on Saturday. The course is one of nine holes, within five minutes walk of Crook Of Devon and the railway station. It is on Lord Lansdowne’s Aldie estate, of which Mr Renton, Perth, is factor, and is 35 acres in extent. The turf is springy, though it will take some wearing down, and the rolling ground and hillocks call up memories of the seaside. The course is sporting to a degree, and where nature has already accounted for so much, it might have been wise to have made some of the bunkers less formidable. But this is a point the committee can easily remedy. At parts there crop up goodly patches of rushes, and the player has always to be on his guard and take nothing for granted.

A hearty response was made to the secretary’s invitation to take part in the opening competition, and members of Kinross, Perth, Clackmannan, Fife and Stirling clubs, as well as a few from Edinburgh, Musselburgh, and places further afield came forward, the total entry being about 70.

P. Clarke, Tulliallan, was among the prize winners. The best scratch score prize was won by T.A. Kennedy, Dunfermline, with 77."   (Dunfermline Press 22.6.1907) 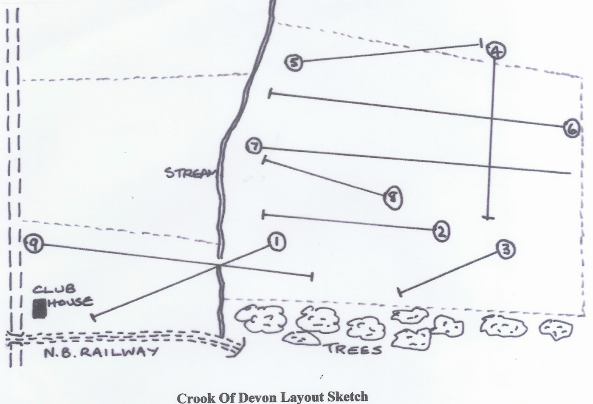 "The course is on a high and dry field, 500 feet above sea level, and has fine turf and gravelly soil.  There are plenty of hazards consisting of ditches, dykes and woods, and the Gairney Burn, which has to be crossed twice.  The ground is full of knolls, and scarcely any greens can be seen from the tees"