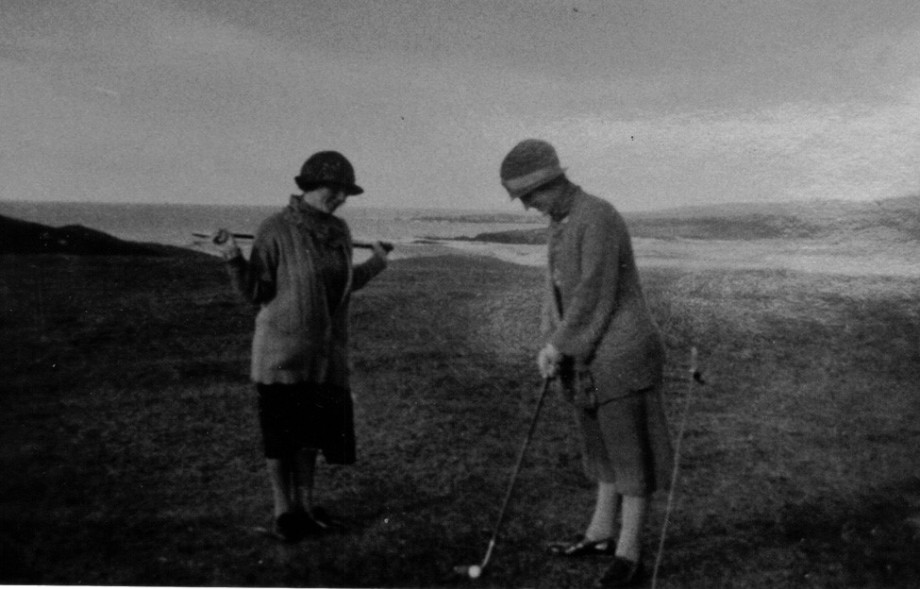 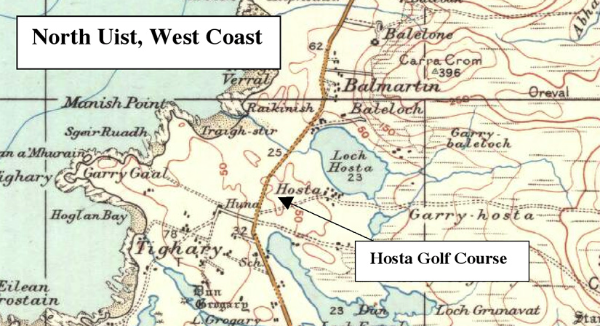 The Taigh Chearsabhagh Museum and Arts Centre, Lochmaddy has photgraphs of golf being played at Clachan Sands and Hosta. Since the former is very near to Newton, the Curator believes they are one and the same. This would suggest that the Lochmaddy GC returned to that area after its sojourn by the Lochmaddy Hotel in lqte 1920;s.

A local resident, Mr Norman Macleod, says that his father can remember the courses at Clachan and in Lochmaddy  itself being in use until thaee late 1930’s.

Hosta is a differnt case altogether. The photograph showing golf at Hosta would tend to confirm that there was a course there, formally laid out or not. However, the links are almost three times the distance from Lochmaddy, and there has been nothing to suggest a club existed or used the links at Hosta. It was also so sparsely populated in the are that the logical conclusion was that it was an informal course, of indeterminate size, laid ot for the benefit of the few local enthusiasts. 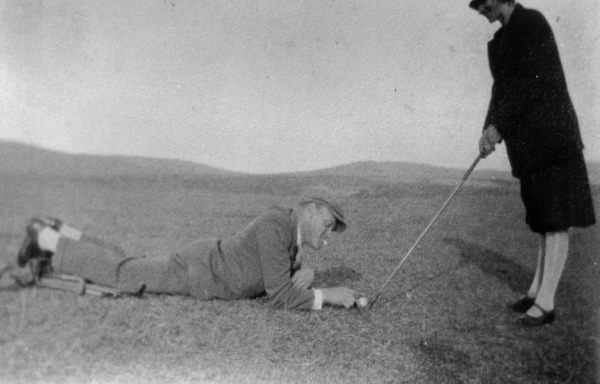 Katy Boyd and 'assistant' at Hosta,