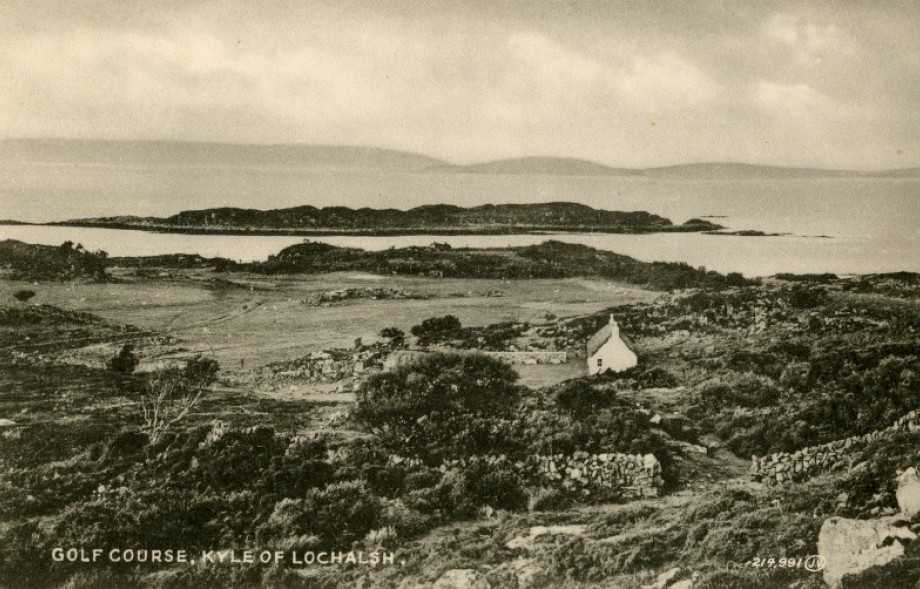 In brilliant weather, and in presence of a large gathering, the newly constructed golf course at Kyle, Rosshire, provided by Sir Daniel Hamilton, Balmacara, was opened for play. Mr Macleod, Postmaster, presided and was supported by Mr Hossack, Bank, Mr Montgomery, Schoolmaster, and Mr McLennan.

Mr Macleod, introducing Sir Daniel and Lady Hamilton, thanked and congratulated them on the great improvements which they had affected in that area, and in providing new roads and a golf course. Lady Hamilton, who performed the opening ceremony, and drove the first ball, was presented with a beautiful bouquet of flowers by Miss Netta Hossack.

Sir Daniel Hamilton, who replied in a witty speech, said that he hoped residents and visitors generally would derive benefit and pleasure from anything he had done.

The course, which is nine holes, is situated on Plock Of Kyle, a parish of great natural attraction. 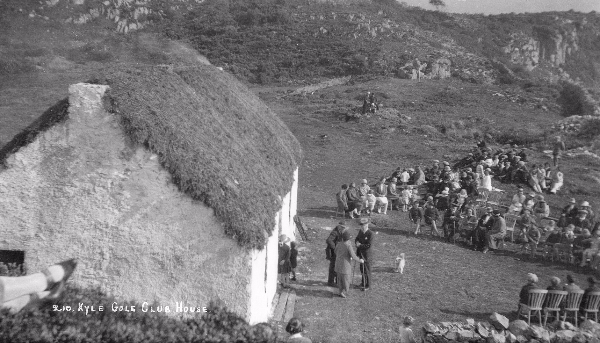 Kyle Opening in front of the Clubhouse 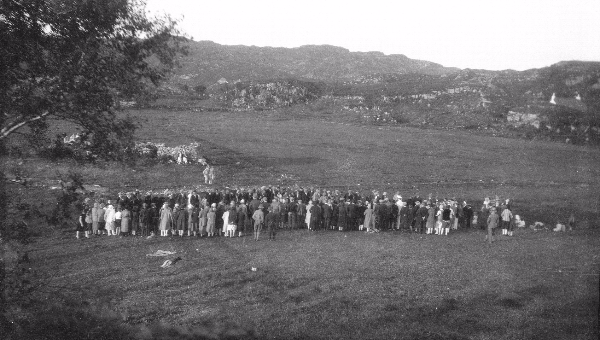 Playing the match at the Opening 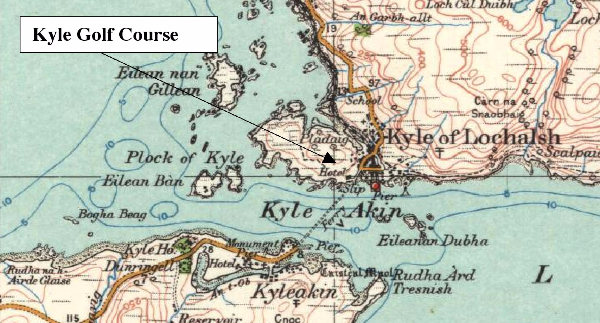