Instituted 1894.A 9-hole course at Giffnock, formerly the course of Eastwood GC prior to its amalgamation with Pollok GC.

The nine-hole course which was opened three years ago by the Eastwood Golf Club, now merged in the Pollok Club, was recently leased by the YMCA.  The new club has already over 100 members, and a large accession to its ranks is expected now that the ground is in playable order.  During the past two months the committee has been most industrious, and, although they had many difficulties to overcome, they are now almost in a position where they can sit down and admire their labours.  Under the old regime many of the holes were extremely hazardous  - too hazardous many thought; and with the view of making the path of the beginner easy, the more difficult of the old holes have been shorn of some of their dispiriting elements.  Moreover, many of the greens were placed in most awkward corners, and these have been brought further forward into the fields, so that an over-strong approach is not rendered absolutely unplayable.  The committee have placed the tees just sufficiently far from the greens as to call only for two strokes to enable the player to get within putting distance.  This is a sensible precaution in a young club, the most of whose members have never handled a club until this summer.  As the course is laid out at present, a good player should not have much difficulty in negotiating it in an average of four’s.  That is on the assumption that he keep clear of the various hazards, which are of a very sporting nature.  The hazards, it may be stated, comprise whins, walls, trees, rocks, hedges, ditches, a burn, and a huge quarry.  The greens are in fairly good order, and as the long grass on the course has been cut, an enjoyable game can now be had.  An unpretentious, although comfortable, clubhouse has been formed out of a powder magazine.

The first monthly competition for a handsome gold medal takes place during September.” 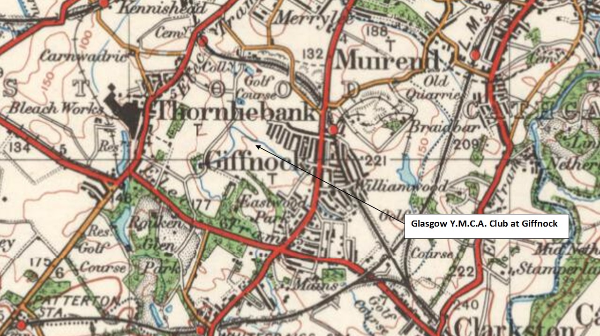 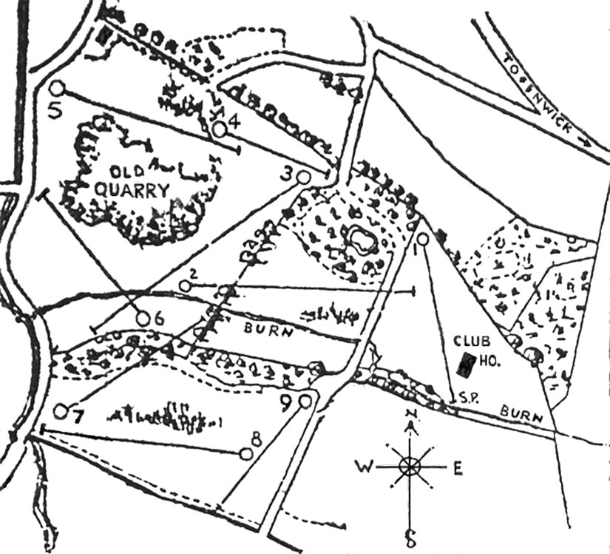