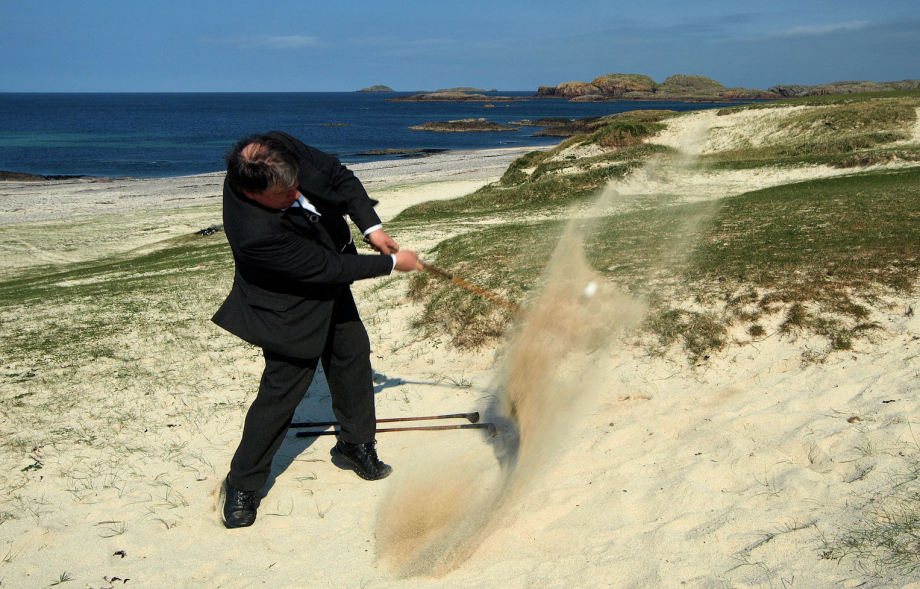 Check out the Hammer grip, No Vardon here.

The most natural golf course in the world. 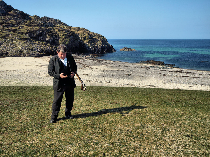 One of the best days iv'e ever had in the twenty years or so of researching the defunct golf courses. The sun was shining, i had my hickories and gutties, and my mate was taking the photo's, what a life!!!!. 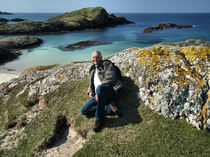 If you want some photo's taken, then this is the kiddie, one of the best photographers in Scotland ( Bill Brown Photography ) he's the business. 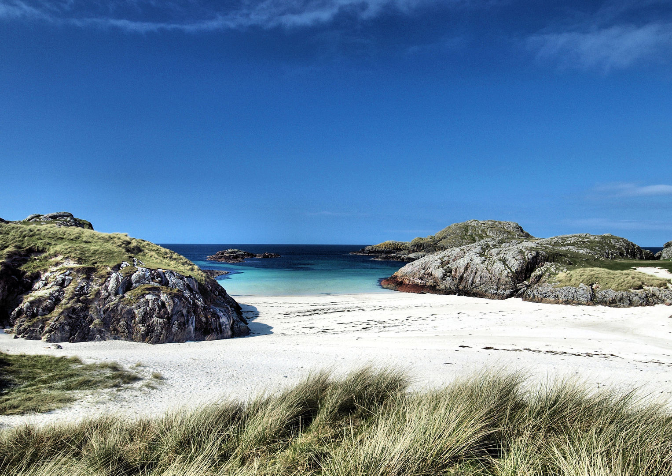 O.K. I suppose you all want to know something about the course, not a lot to tell, but here it is anyway.

"Golf-playing has been introduced into the island by some English gentlemen who are staying in the Columba Hotel. The links of the Machair on the west of the island are admirably adapted for this fashionable sport." (NBDM 10.9.1886)

[note: the NBDM Iona correspondent was Neil MacKay, tailor in the village who was well versed in all local activity, lore and gossip.]

"There is a golf course in Iona. It is down by the West End just a few hundred yards after you pass ‘Hillhead’ (there are such placenames in Iona).  Golf claims kinship with shinty.  To indicate you are a golf player you display a gold golf stick as a chain appendage or a scarf pin.  To show that you are a shinty player you display a deep scar above the eyebrow or a twisted nose.[note: not sure who wrote this, in slightly wry style! It is part of a bigger para about all the summer visitors and what they can do to amuse themselves.]" (OT 21.8.1897)

"A meeting was called by Alec Ritchie and a committee of management set up. Subscriptions are to be collected." (OT 11.9.1897) 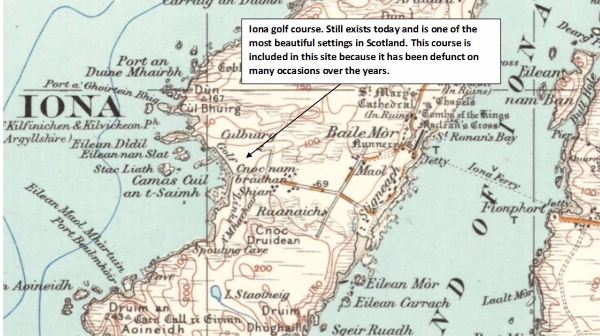 In 1968 a group of regular visitors formed The Honourable Company of Iona Golfers. Ernest Brown and David Thomson were among the early presidents.  They revived an annual tournament, held ever since each August and raising money for a local island cause.

See also para from Columba’s Island (attached). The Mary MacMillan mentioned in the 1929 report is the middle of the 3 children in the small photo, taken about 1909, beside some golf clubs.  Their home ‘Lagnagiogan’ was close to the Machair and their father stored clubs in a shed there for general use.

The men in kilts will have been at one of the annual New Year’s Day matches, probably in the 1920s or ‘30s.  The original photo was very fuzzy, I’m afraid, and I no longer have access to it anyway, but at least the photocopy gives an idea of this tartan turnout on the Machair Course, well remembered by islanders of my father’s generation!

The varied beauties of Iona are a joy to all who know it well. To do so, however, weeks or months must be spent on the island in favourable weather. The white sands of its bays and shores combined with the amazing variety and intensity of its green, blue, purple and mauve waters, and the alluring formations of its varied rocks, render it a paradise for the artist; and indeed for all lovers of beauty. It would be difficult to imagine a lovelier prospect than that seen from the furthest out golf-tee on the Macher, where that tantalising game is played. 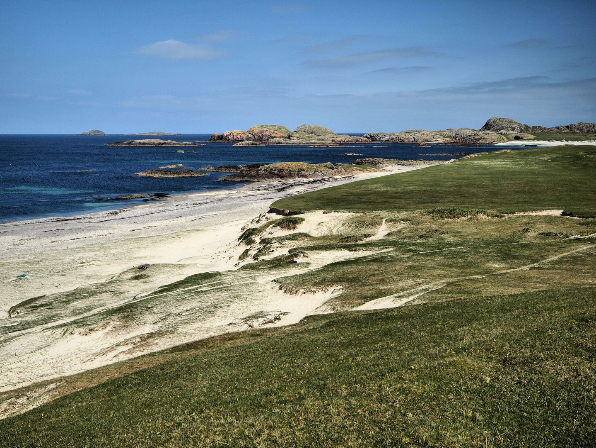 I think this tells its own story