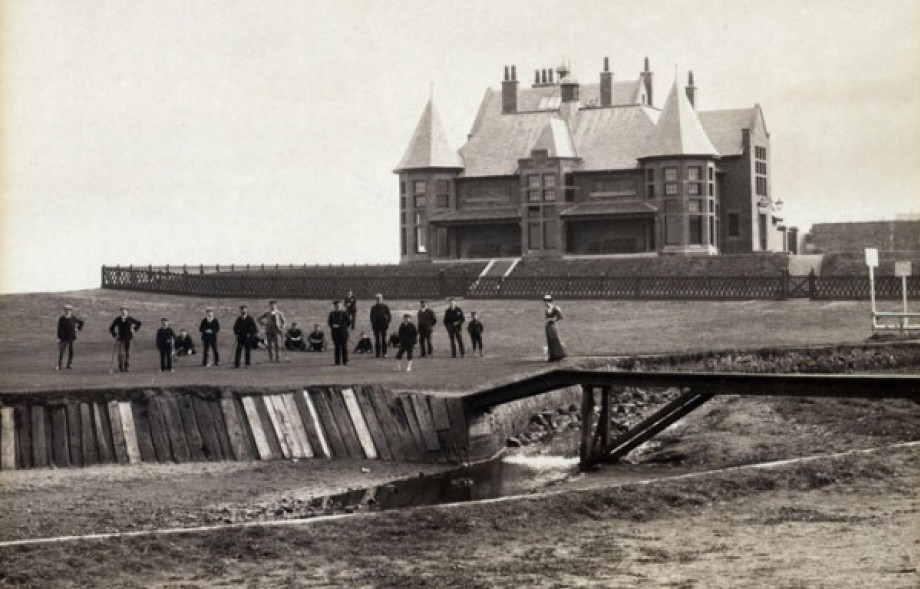 The above photo is of course Leven Links and Not Dubbieside

Dubbieside Links. Dubbieside, or to give its modern name, Innerleven, Links, lie to the south-west of the River Leven, was the home of Innerleven Golf Club from its inception in 1820 until 1867. The course originally consisted of five holes but was soon extended to nine, though play for the Club’s silver medal was over 15 holes. By 1866 it had been further extended to eighteen holes. However industrialisation and new railway lines had encroached so much on the links that the Innerleven club decided to abandon the course and move to Leven Links. Later the Methil Power Station was built on the site, but it too has now disappeared.

It is reputed that in 1848,  Dubbieside Links, was  where Allan Robertson and Old Tom Morris first saw play with the Gutta Percha ball, the replacement of the feathery. Alan Robertson is credited with the laying out of the early Dubbeiside course.