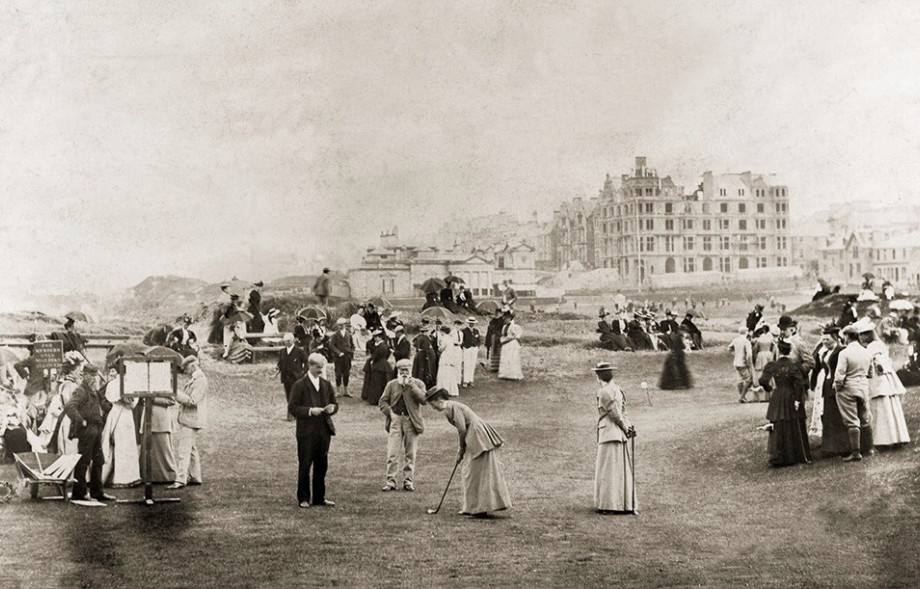 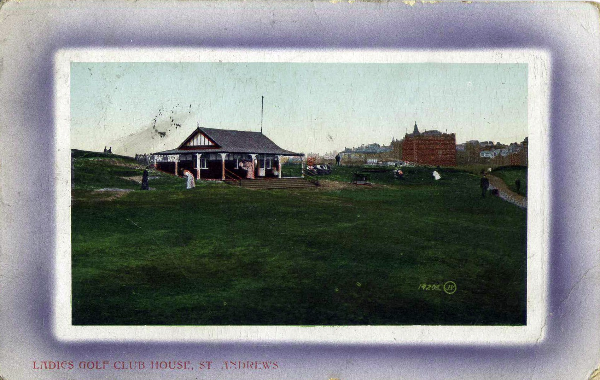 “The club leases a portion of Pilmour Links, norht-west of the Swilcan Burn, and the members only have a right to play golf there, though the green is otherwise open to the public.  The green was slightly extended last winter, but is terribly crowded during the summer months.  Members do not pay their subscriptions unless they are actuslly in St Sndrews.  Visitors are not allowed to be introduced during August and September.” (GA1892-93) 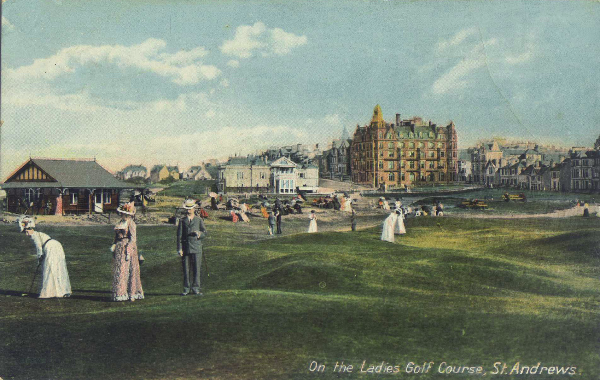 The club changed its name to the Ladies’ Putting Club in 1948, its members playing on the original course. the Himalayas. the historic putting green alongside the Old Course