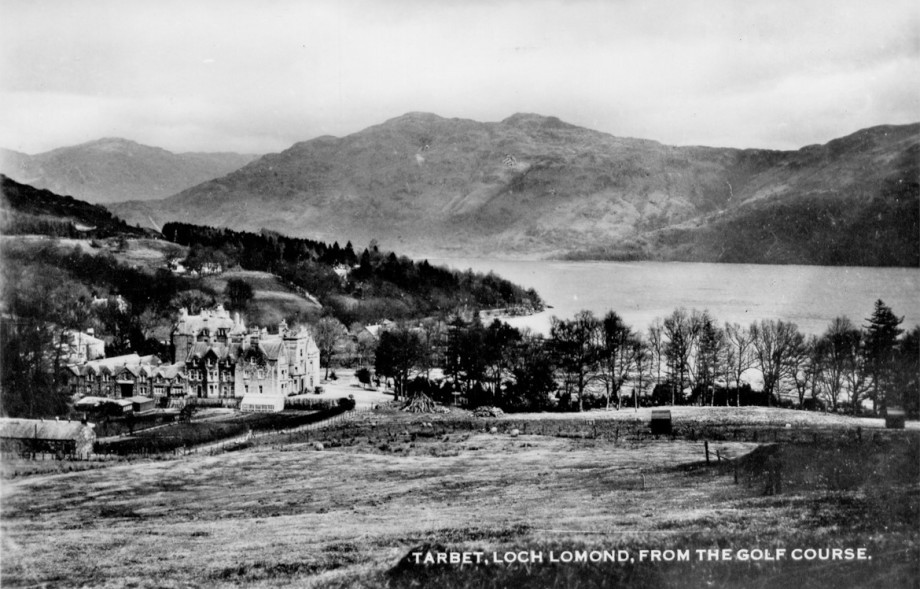 A new club has been formed at Tarbet, to be known as the Arrochar and Tarbet Golf Club. The club starts with a membership of 50, comprising local residents and regular visitors to the district. The office bearers are :- Captain, Mr Barclay Henry, Arrochar ; Vice Captain, Mr Harold Hedderwick, Tarbet ; Secretary and Treasurer, Dr Salmon ; and a committee. The course is one of nine holes, and was laid out a year or so ago to the order of the Tarbet Hotel Company, by Fernie of Troon, who expressed the opinion that it would be a “ nice little tricky course.” The greens are already in fine condition, and by drainage and other improvements the ground is being steadily improved. The situation is amid beautiful environment, and open to the fresh breezes of the moors.

A club was formed here in October last, and already it has made rapid strides. Monthly medals were contested for in November and December. In the former month, the prize was won by Mr Sutton, Tarbet ; and in the latter month there was atie which has yet to be contested. First, second, and third prizes were kindly gifted to the club by Mr Thomas MacLean, Alexandria, and have been won by Messrs J. Campbell, D. Carswell, and D. Hedderwick respectively. A number of ladies have also joined the club, but the committee has postponed their competition till later on.

1st, 2nd, and 3rd prizes, which have been kindly gifted to the club by Mr Barclay Hendry, Fascadail, have been won by Messrs H. Hedderwick, D. Carswell, and D. Hedderwick, respectively. 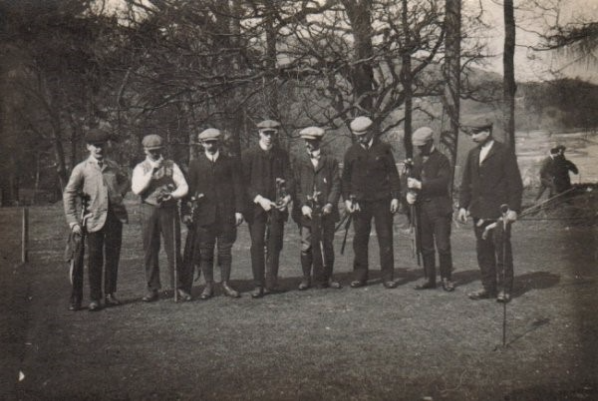 The club was formed in 1904 on land between the Tarbet Hotel and Ballyhennen Church. The land was owned by the company who owned the Tarbet hotel. Golf was a popular activity at Tarbet until the outbreak of World War 1. After the war the course remained in use until around 1921. It then became overgrown and the funding to restore the fairways and greens could not be raised. There were attempts up to 1959 to restore the golf course but sadly, despite the best efforts of all concerned, this never happened.

An annual golf competition was held here and we believe a cup was awarded to the winner each year. The group are in possession of the August 1911 cup kindly donated by Mr. R Menzies. It was won by R. Campbell and a picture of this cup can be found at the bottom of this page. New Years competitions were also held.

Here are all the documents we have relating to the golf course mainly between 1906 to 1909 starting with a map showing the locations of the holes. We have also included several documents and newspaper clippings related to the attempted restoration of the course in 1959 by Dr. John Mackintosh the Club President. 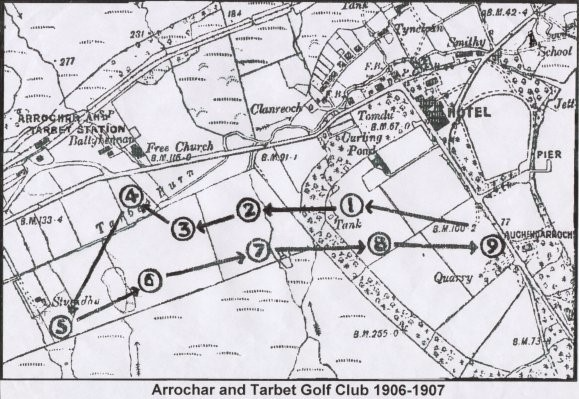 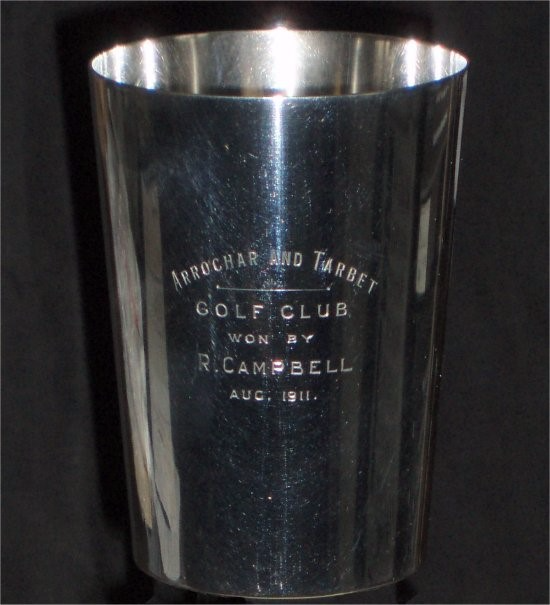 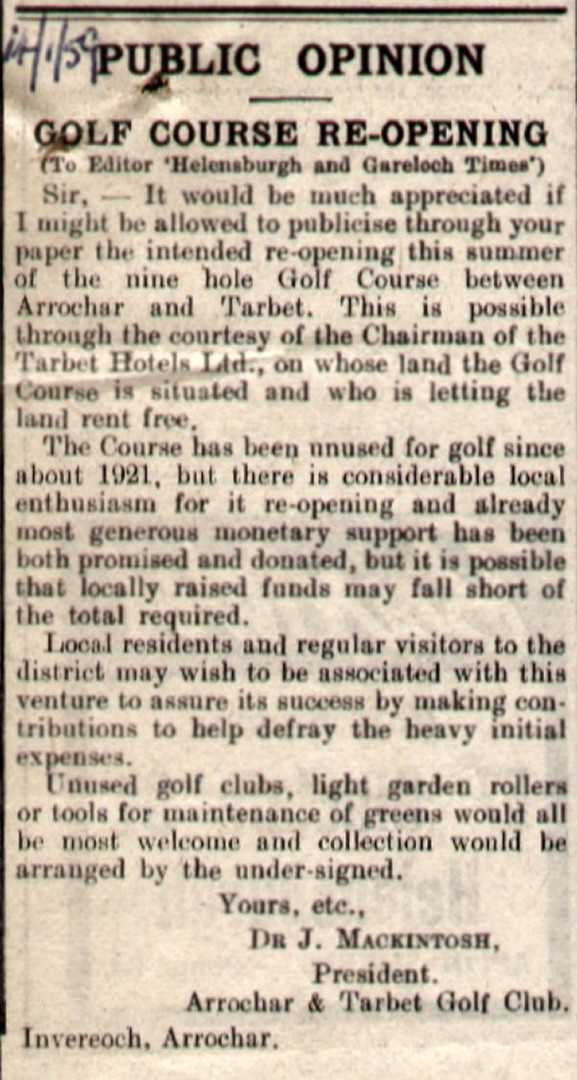