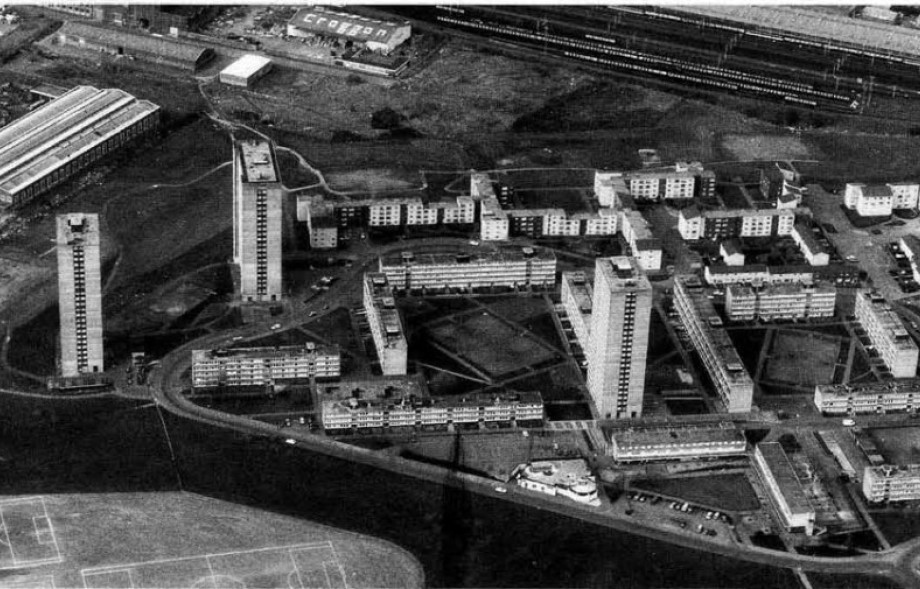 Imagine doing away with the golf course just to put this lot up ( Bloody Cheek !! )

Toryglen Golf Club. Instituted 1893. A 9-hole course in  Polmadie, one mile from Crosshill station.  An old rustic house, Toryglen House, has been fitted up as a clubhouse, one end being utilised as accommodation for the greenkeeper.  The course lies alongside the Caledonian Railway.  The round is a mile and a half in length, the shortest hole being 160 and the longest 480 yards.  A burn is crossed three times and other hazards are hedges, fences and trees. (GA 1896-97) 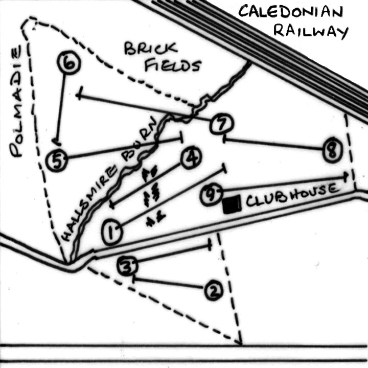 "Having suffered on busy days from the drawback of having too many short holes, the committee of the Toryglen Golf Club took steps to place their members in a more advantageous position.  By leasing another field, contiguous to the clubhouse, the round of nine holes has been considerably lengthened and greatly improved.  According to the new arrangement the first two holes are knocked into one, while on the new ground the second and third greens are located.  The next three holes are unchanged, but the present sixth will be abolished and the tee for the seventh brought back thirty yards, making the last named a most testing hole.  The eighth and ninth will be played as at present.  The rearranged course will be formally opened tomorrow afternoon."

"The course is fairly flat but not so simple as it would appear.  It is kept in first-class condition, the green being as good as any to be found in the area. (GA 1904-05)

"Glasgow corporation have acquired Toryglen golf course as a site for a new municipal housing estate. The course which is of nine holes, is situated in the South-East of the city on ground owned by William Dixon Ltd, coal and iron masters, and negotiations for its acquisition have been proceeding for some time. The club has been in existence for 43 years, and at present has a membership close on 300.

It is as yet uncertain whether the club will endeavour to find another course, or if it will be wound up. In the latter event, it is possible that the annual competition for the Cameron Corbett vase, put up by the club for competition among leading amateurs, may be abandoned.

Glasgow Corporation have already acquired two golf courses in the city for housing sites, the first being the nine-hole course at Bankhead, and the second, the Glasgow North Western course." (ET 5.6.1936) 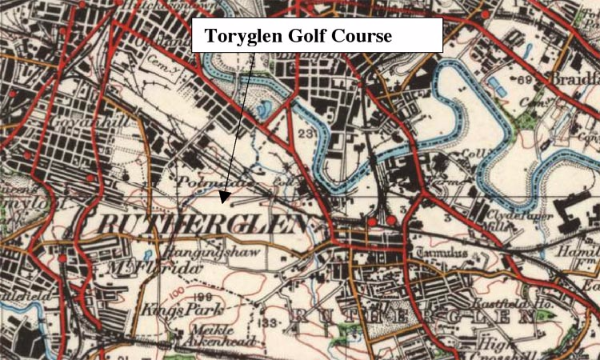