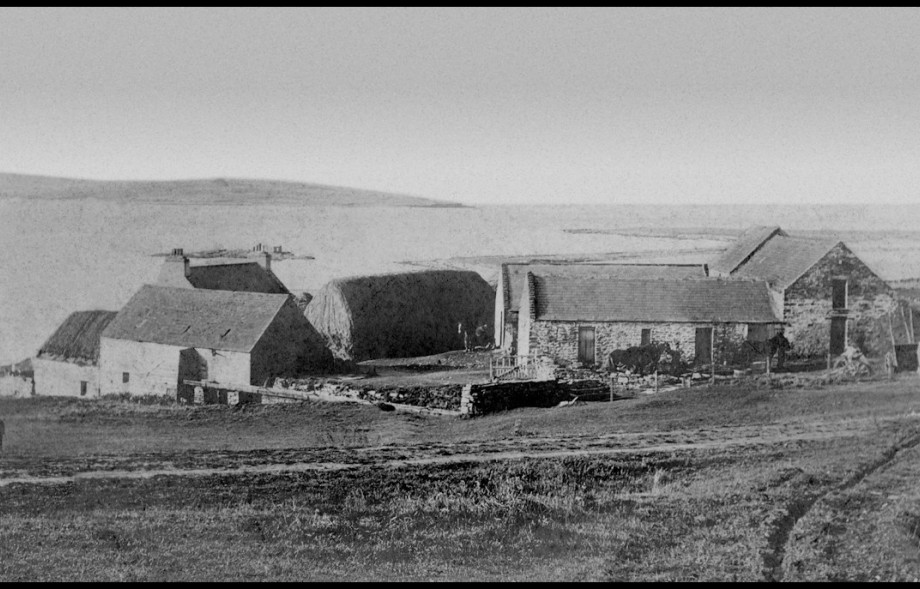 “It is not known how long Rousay has had a nine hole course, but a guess would place it’s commencement at the start of the century or even earlier. This course, which falls from the high ground to the seashore, is situated to the west of Westness, and in it’s contours it is a miniature Braid Hills, for that reason, it is the most sporting of the Orkney courses. Every hole is different from it’s neighbours, and calls for great expertise. The scenery is outstanding – Eynhallowin the near distance, and beyond, Birsay and Evie.” 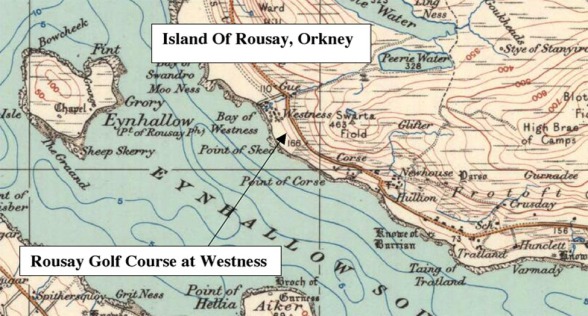 The Course was located at Westness and along the shore at Point of Skeo on the left hand side of the map. The course was also sometimes referred to as Westness. 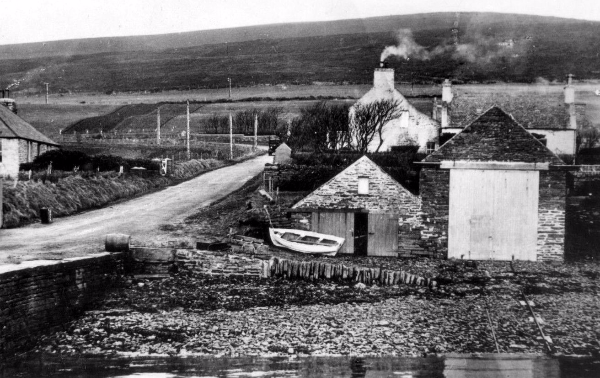 The first match in connection with the Rousay golf club was played on Saturday the 15th inst., in the district of Sourin, in a park belonging to Mr Seatter, Banks. Sixteen holes were played by 14 competitors. The best scores were made by Alex. Munro, with 87 strokes ; John Shearer, 90 ; D. Gibson and W. Scott, 94.

The golf club played their second match at the Brings, Wasbister district on Saturday, 27th ult. The course was an exceedingly good one, and gave the players every satisfaction. Sixteen holes were played by eleven competitors.The best scores were made by J. G. Craigie with 91 ; R. G. Gordon 95 ; John Sinclair 102 ; S. Marwick and John Shearer, 104.

The Rousay golf club played their third and last match on Thursday, on a field granted by Mr Inkster, Westness. The course contained a great many hazards, and consequently the scores were higher than those of former matches. Ten competitors came forward and played 18 holes. The best scores were made by A. Munro, 110 ; J. G. Craigie, 119 ; J. Clouston, 120. Mr Shearer, from Leith, kindly handed over to the club a golf club and some balls to be given as prizes to the successful competitors.

The last match of the season was played on Westness course on Friday last, for Dr Ramage’s ( Scratch ) medal. On cards being handed in it , was found that Mr G. Pirie U.P. Manse, had secured the prize with a score of 77. The winners of the other prizes are :- “ Middlemore” cup, Mr John Leonard, Avelshay ; “ Harrold” medal, Mr G.M. Munro, Innister.

Sir – In your issue of today I notice a speech by Mr Gold re Buchanan presentation. In it he states there are four golf clubs in Orkney – Kirkwall, Stromness, Stronsay, and Sanday. Allow me to inform him that there is a golf club in Rousay which was formed before the Stronsay and Sanday clubs. Among our Hon. Members are General Burroughs, C.B., and Thomas Middlemore, Esq of Hoy. Perhaps the reason Rousay was not mentioned is that it has no Kirkwall “ Gentry”, as members, but only working men. But I can assure Mr Gold that there are some players belonging to the club who would not bow down at the feet of the best player in Kirkwall till the eighteen holes were played. Thanking you in anticipation, I am, yours truly.      ROUSAY.

An accident at golf

A young man in Rousay, who had never seen golf played, went out with a friend last week to get initiated into the mysteries of the game. Unfortunately he came within range of the swing of a player’s club, and received a severe blow on the head. The wound bled so freely that the doctor was sent for to Evie. We are glad to learn that the accident did not turn out so serious as it was at first supposed to be, and the injured man is fast recovering.

On Friday week a deputation of the Rousay Golf Club waited on Mr T. Middlemore of Westness, and on behalf of the members of the club presented him with a handsome illuminated address. Mr J.S. Gibson, Hullion, in making the presentation, referred to the many kindnesses shown by Mr Middlemore to the golf club since its institution. He said the members had, in order to show their appreciation of these kindnesses, resolved to present him with an address, and they thought the present occasion an opportune time to present it, viz., his leaving Westness House to take up his abode in another of the isles of Orkney. He asked Mr Middlemore to accept the address, and in name of the club wished Mr and Mrs Middlemore much happiness and pleasure in their new home.  Mr Middlemore, in accepting the address, spoke of the many happy days he had spent in Rousay, and stated that a wider field for sport had induced him to purchase an estate in one of the South Isles of Orkney, but although he was leaving Rousay he had the interest of the golf club at heart. He was happy to accept the address as a token of the goodwill which existed between him and the members of the golf club. It may be Added that Mr Middlemore has always since its formation taken a very great interest in the golf club. The many valuable prizes he has presented for competitions have created great interest in the club. The members are all sorry that they are losing so worthy an honorary member as Mr Middlemore.

Notes : The first couple of comps were played on improvised courses at different locations before they settled down at Westness. The first at Sourin District and the second at Wasbister district at the Bings.I have now researched every issue of the Orcadian from 1888 to 1908 and same for Herald from 1889 to 1901 without any more mention of these courses, However, the research continues and we do know that the Rousay club went to the wall during the first world war but bounced back in the 1920s again with most of their golf being played on a course at Westness Farm once more. 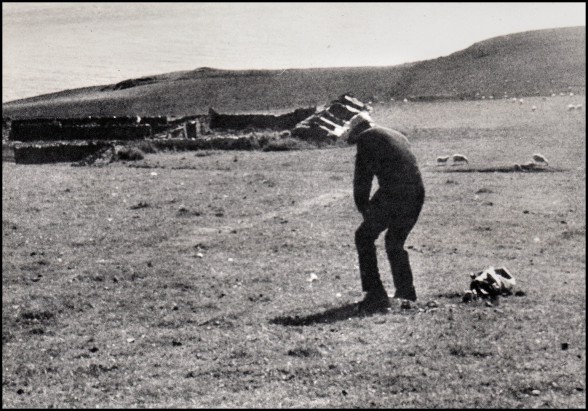