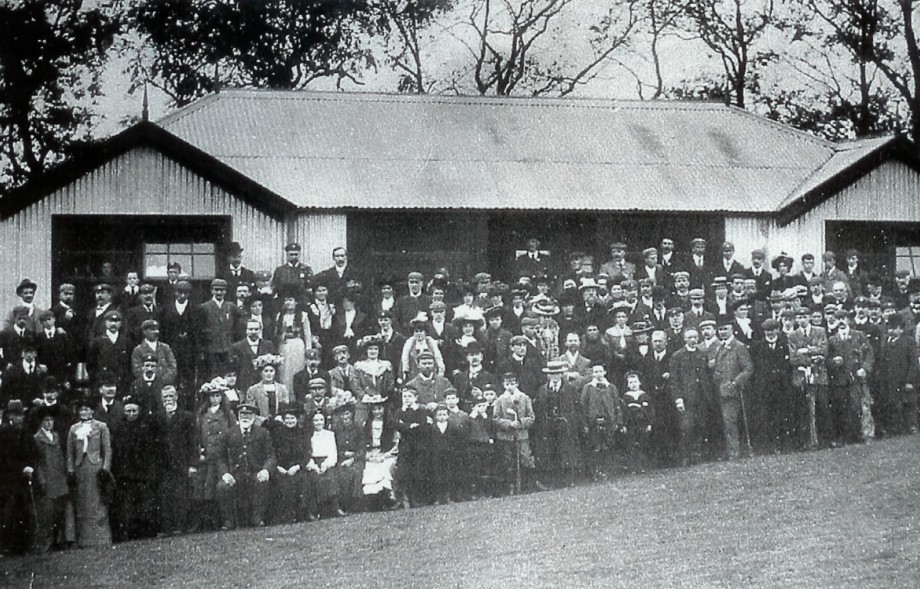 Cramond Brig Golf Club.   Instituted 1908.  An 18 hole course laid out by R B Martin and Patrick on ground rented from Mrs Maitland Tennant, surrounding Cammo House. Only eight years previously, the Barnton Hotel Company had planne to use this land to form the major part of their planned 18-hole course.  See "What might have been"

At a meeting of those interested in forming the club on 21 Feb 1908, it was resolved that a club should be formed under the name Cramond Golf Club. At the first general meeting of the club on 12 March the name was changed to Cramond Brig Golf Club. (G 29.7.09) Membership 500.

The club had a disagreement with the Landlord and the lease was terminated in 1931 when the club moved to Dalmahoy.

"A meeting of those who have made application for membership of the proposed golf course at Cammo, Cramond, was held last night in the Imperial Hotel,Edinburgh.  Mr A.M.McLeod S.S.C., presided over a meeting of about 150.

The Chairman said that a draft lease had been arranged provisionally with the proprietrix of the course, Mrs Clark Tennent.  The next proposed, which was £300, rising by instalments to £500 was he thought, fairly reasonable, taking everything into consideration.  There was an option of three weeks to determine, whether the matter was to be gone on with.  He moved a resolution that the meeting form themselves into a club to be known as the Cramond Golf Club, appointed the following office-bearers-Captain, Mr A.M.McLeod;secretary, Mr D.F.Sutherland, 16 Young Street; treasurer,with a committee; and instruct the committee to take into consideration the provisional agreement, and arrange to have the club registered. Mr Adam Sinclair seconded.

Replying to a question, the Chairman explained that if the arrangements fell through the meeting would not be liable for entry money.  Mr Sutherland read a report by Messrs R.B.Martin & Partner; in which they stated that a most interesting and sporting eighteen hole golf course could be made, stretching to about 5000yards, and that the turf was in their opinion,unequelled round Edinburgh.  Given an open winter, play should be possible on a nine hole portion of the course in a couple of weeks from the time work was started.  Mrs Clark Tennent said Mr Sutherland, had some days ago allowed the privilege of Sunday golf between 1st May and 1st  November when she was away from Cammo, but yesterday she expressed indifference opinion.  Mr Sutherland, however, thought that perhaps she might give the permission if they asked Questions were put regarding the length of the course,and Mr Patrick said there was ample width, in crossing, and variety of play.  The course measures 5000 yards, but about 6500yards were required to play it.

The chairman stated about 250 applications had been received.  The resolution was amended making the formation of the club provisional on the arrangements for the lease being carried through and was carried unanimously."   (S22.2.1908)

"Cramond Brig Golf Club is to take over the assets and liabilities of the present unincorporated Cramond Golf club, and to provide a golf course at or near Cramond Bridge, in the county of Edinburgh, Limited by guarantee."   (S 21.3.1908) 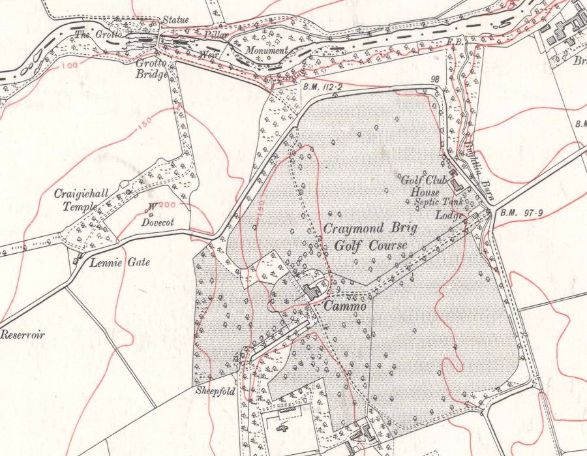 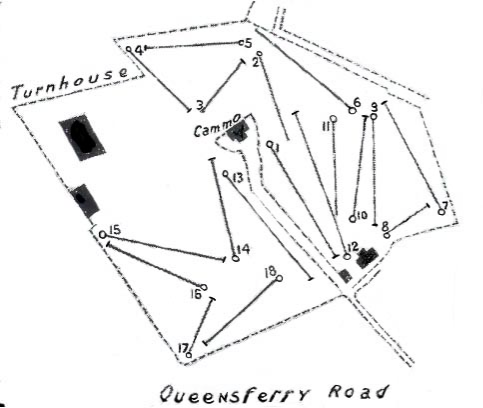 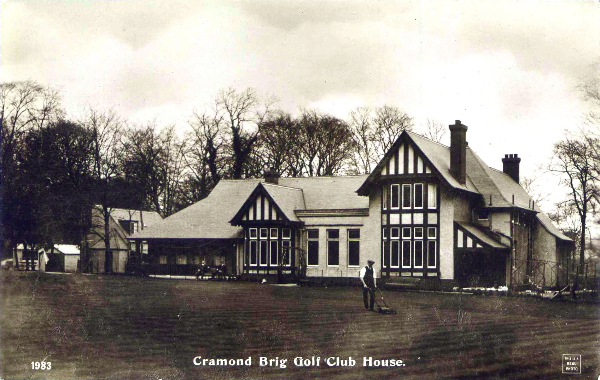 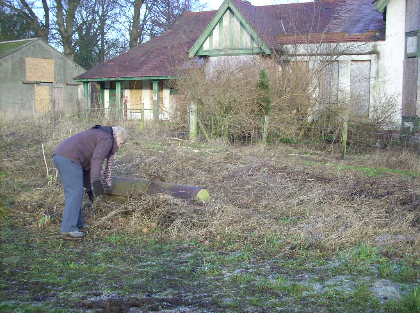 The old clubhouse in the background, with Harry's wife Sheila on the remains of the 9th green trying to 'liberate' one of the rollers!. 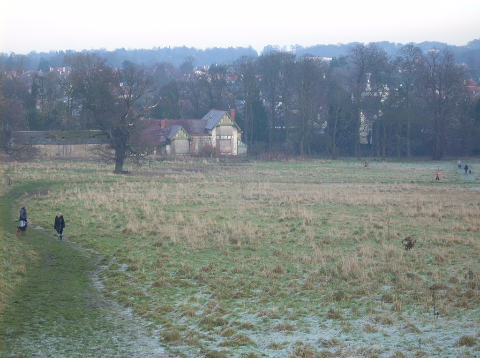 Dog walkers on the golf course with the old clubhouse in the background. We got these photo's just in time as we think the building has now been demolished.

"Rear Admiral the Hon Victor Stanley visited Cramond Brig Golf Club on Saturday afternoon and presented the cup given by the Grand Fleet in appreciation of the facilities afforded to Naval officers during the war.

Rear Admiral Stanley said he was asked by the Commander-in-Chief of the Atlantic Fleet to request the club’s acceptance of the small memento and token of the great appreciation they in the Navy felt for the club’s kindness and unfailing courtesy to the officers of the Grand Fleet during the war. Golf had taken great hold on the navy of late years."   (S1.12.1919)

The club had a disagreement with the Landlord and the lease was terminated in 1931 when the club moved to Dalmahoy, changing its name in the process. 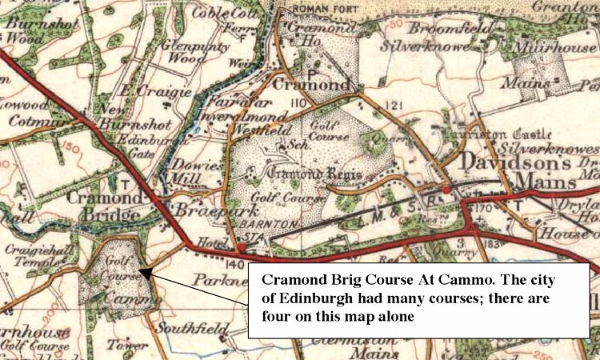