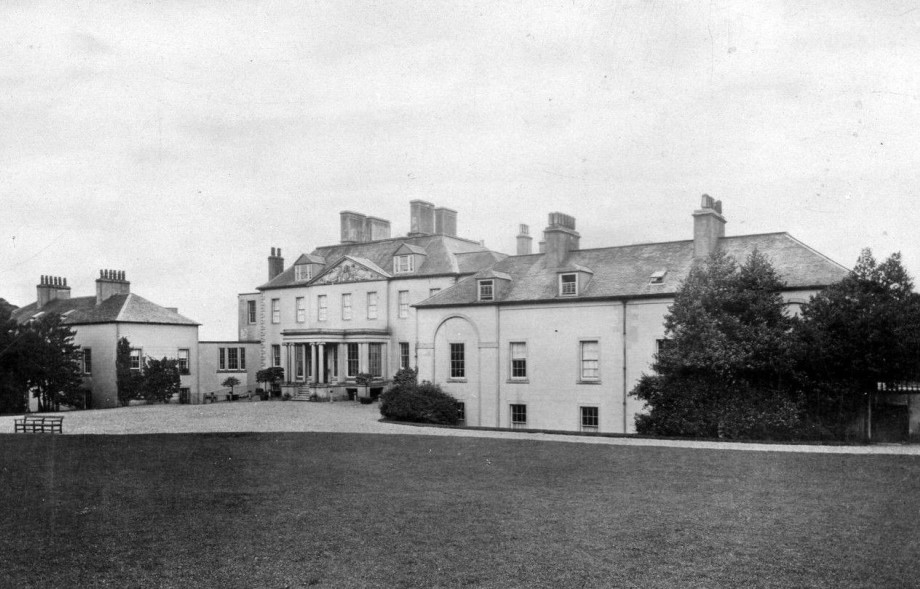 Raith Golf Club. First mention 1878. “The annual meeting of the Raith Golf Club was held on Friday night in the George Hotel – Mr T McPherson presiding. The financial statement was satisfactory, showing a surplus in favour of the club. The office bearers were elected – Mr McPherson, captain; A P Honeyman, secretary and treasurer; and Messrs Heggie, Westwater, and Malcolm, members of the Committee. It was agreed to admit ladies to the club.” (FH 7.2.1878)

It is clear from this text that the club was founded before 1878.

There are various references to meetings and competitions yearly, until the last found being on 14 May 1881. However there has been no mention of where the club had its green. “Raith” is usually associated with Kirkcaldy, and the references all appeared under Kirkcaldy, furthermore Raith House and Estate lay close to the western outskirts of the town. Since this was the only golf club then in Kirkcaldy it is not unreasonable to assume the course was in Raith Park. 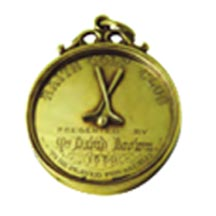 On the Brown Medal (Kirkcaldy GC) there is reference to a Raith Golf Club, but very little about it seems to have been recorded.   It may have been an area laid out on the local Raith Estate  or even a Club without a course which is quite common today.) From Kirkcaly GC website

In 1892, Mr John Beveridge, the owner of Raith Estate, gave a portion of the land to the town and this became Beveridge Park.

In 1893 the following article appeared in the Fife Free Press:

The Town Council at their meeting on Monday, by sanctioning a golf course on the public park, virtually introduced a new game to the lieges of the ”Lang Toun.” We think that they have done the right thing, only that the limitation as to the hours of play will render the game the peculiar privilege of class, and that class not those whose interests were undoubtedly predominant in the mind of the generous donor. The park, however, cannot be given up to golf entirely, because it is utterly impossible for people to stroll at leisure and with the air of abandon there while others are engaged in golf – it would not be safe to do so, and hence the restriction. Of course, while the for the game of golf the public park is better than nothing, it is almost needless, we think, to say that it will not permit of ardent lovers of the club and ball enjoying their pleasure to the full. The aim of the place is against anything of the kind. It may be quite suitable for ladies and elderly persons, whose requirements it will fairly meet, buy young active golfers will find no scope for the long tee drives which are so much in favour, and consequently we do not expect that the course will attain any measure of popularity among ideal golfers who aim at doing the thing professionally. It should, however, be greatly in demand during the early hours of a fine summer morning by the less ambitious players we have indicated, who could go the whole round of the course with a putter; indeed, for lady golfers especially, no better place could be desired. If early-rising gentlemen wish to pass their mornings in the public park at golf, they must content themselves with pitching and putting, driving within such limits being out of the question. Even with the restriction fixed by the Council as to hours, and the limited nature of the play, the opening of the park for golf is pretty sure, in our opinion, to very much commend and encourage the game, and who knows, once the taste has been acquired but it may ultimately lead to a more spacious course being procured somehow and somewhere in the immediate vicinity – one where the “long drivers” in this popular and healthy pastime may enjoy themselves to the full, and where, too, the necessity will not arise for imposing restrictions as to hours of play, and that, unfortunately, as in the case of the public park, to the complete exclusion of the working-class community.” (FFP 18.3.1893)

Could the above infer that Raith GC had closed and this was an attempt to bring some form of golf to the town.

On the other hand, If Raith closed before 1893 and the Brown Medal was first dated 1904, it is difficult to see the connection lasting 10 years when there was no activity going on, unless some of the Raith members later helped form Kirkcaldy – but why refer to it on the medal?

Further, did the course in the Park actually open, and for how long was it in existence?