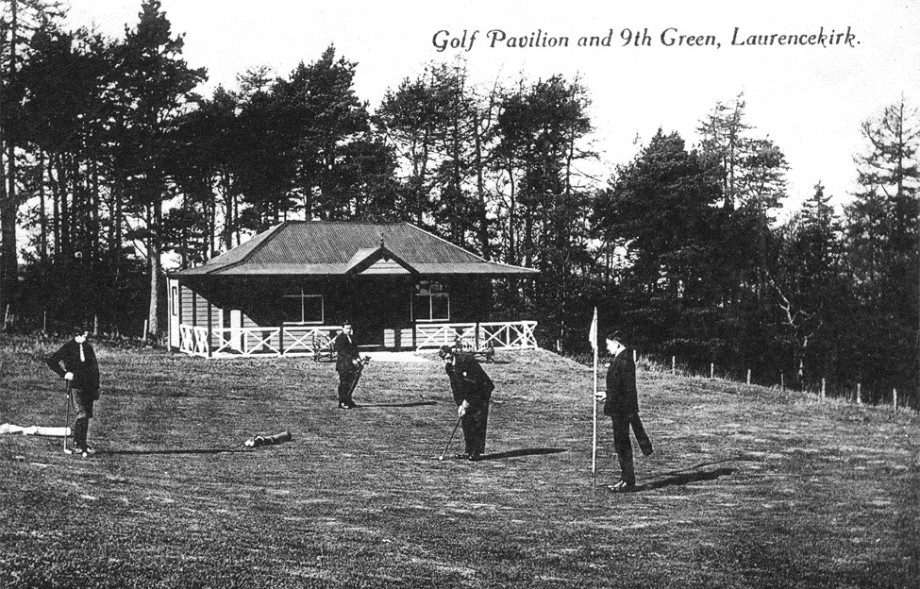 It is proposed to form a golf course on top of Gavrock Hill, Laurencekirk. What happened to this proposal, we do not know. It would be twelve years later before the first course was opened.

Laurencekirk Golf Club.  Instituted 1900. A 9-hole course at Garvock, one mile from the centre of the town.  Membership peaked at 120 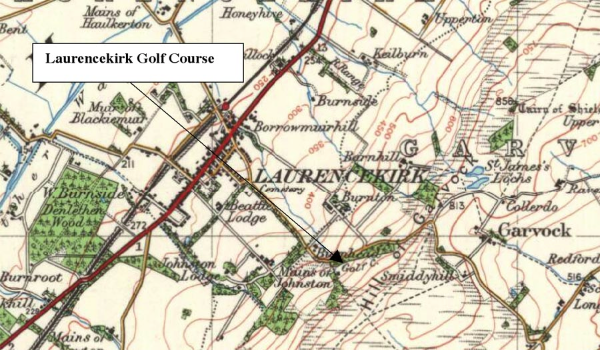 “A meeting of those in favour of the formation of a golf club for Laurencekirk was held in the Town Hall on Wednesday night. There was a large attendance, over which Provost Adam presided.

The Chairman thought everyone in Laurencekirk would be glad if the golf course should go on, because it meant money circulating in the burgh, and visitors coming into the burgh to play golf would give an impetus to trade. It had been said that if the course went on it would be a veritable gold mine to the burgh. He did not know if that predictions would come true altogether, but if the courser became a success and paid its way, all would be well. If plat were made possible, at a reasonable subscription, the course should be well supported.

Mr A C Ramsay, the burgh treasurer reviewed the negotiations for procuring a site on Garnock Hill, which possessed all the characteristics essential to a good inland course. The tenant, Mr Brown of Barnton, soon agreed that the course could be formed on the payment of 1s per year as long as he retained the tenancy. However, before incurring the expense of laying out and equipping a course, it was necessary to seek a guarantee from the owner that the right to the ground would continue in the event of any interruption to Mr Brown’s tenancy. The Countess of Kintore had agreed to this request. He concluded by saying that it was the intention of the promoters, consistent with good finance, to fix the subscription at such a figure that would bring the facilities of golf within the reach of as many as cared to avail themselves of it.

It was unanimously agreed to form a golf club, to be called Laurencekirk Golf Club.

A meeting of the Committee was afterwards held when the Rev Thomas Lawrie was appointed chairman of committee. 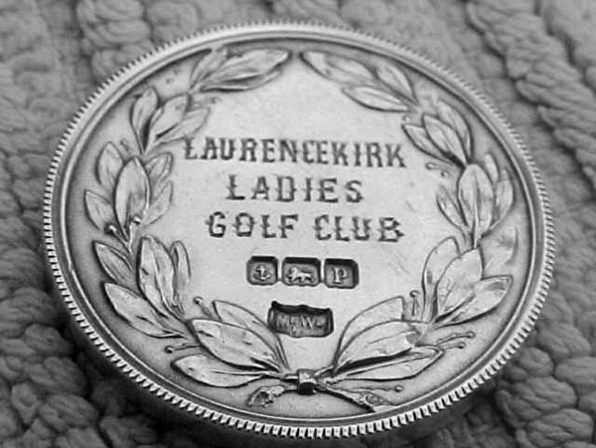 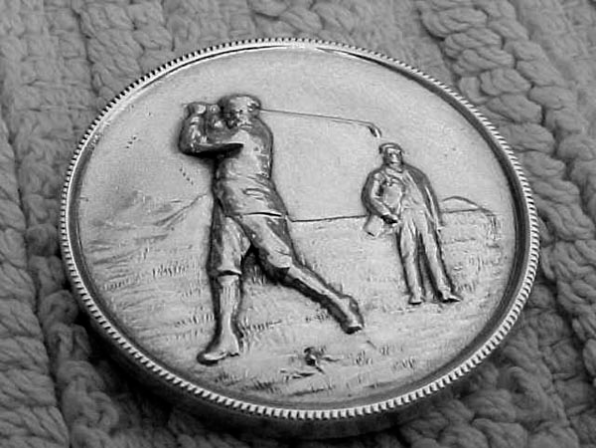 Although this is a Ladies Medal, hallmarked 1904, the figure on the front is a male golfer. A symbol of the times?