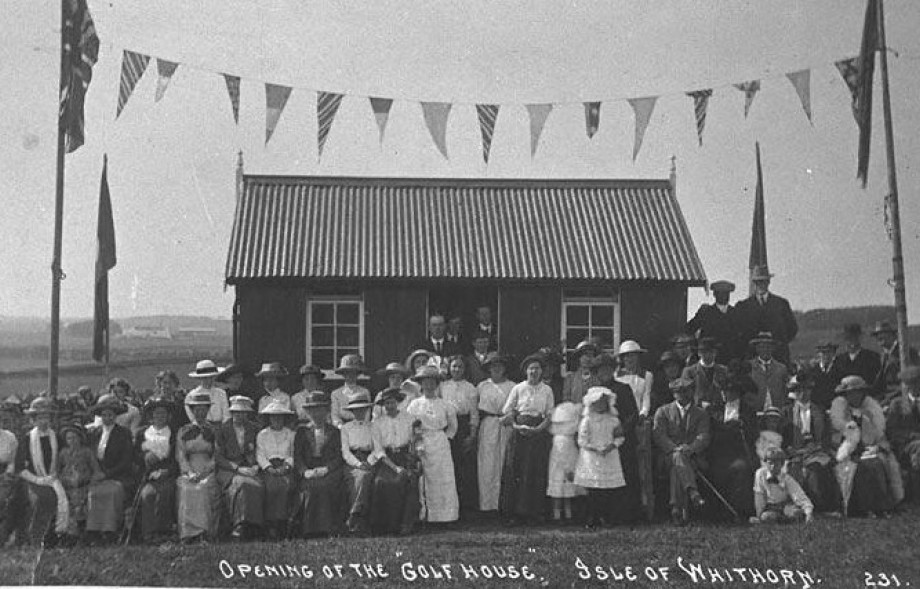 Isle of Whithorn Golf Club.  Instituted 1913.  A 9-hole course on Isle Farm, Stein Head, one mile north of the village and four miles from Whithorn station. 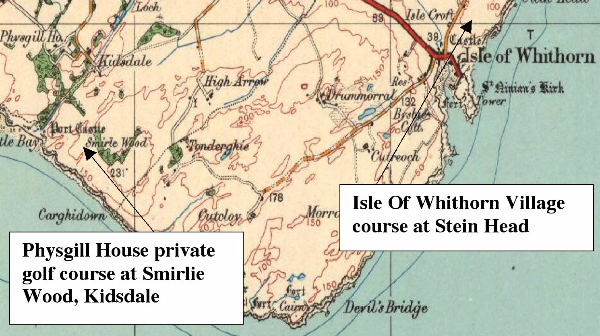 “A golf club has been formed at Isle of Whithorn, Wigtownshire, and a nine-hole course is at present being laid out on Isle Farm, near Stein Head. It is expected that play will begin by the end of May. Mr J G Martin, Cutroach, has been appointed president, and Mr W T Hawthorn, captain.”   (KA 2.5.1913)

“Isle of Whithorn golf course is now open for play. It promises to be in excellent condition when once it is in good playing condition, as it should be in a few week’s time. The membership is already close on seventy.”    (GG 31.5.1913.)

“The recently erected Isle of Whithorn golf club-house was opened on Thursday under ideal weather conditions and before a large turnout.

The vice-president welcomed Mr W T Hawthorn, Whithorn, and Mr J H Thomson, Portwilliam, who had kindly come to play an exhibition and test the course. After the company had been photographed, the two players named had a large following round the course, and the match finished all square with a score of 39 for the nine holes. Both Mr Hawthorn and Mr Thomson expressed themselves as highly pleased with the course and its beautiful position.”    (GG 12.6.1914) 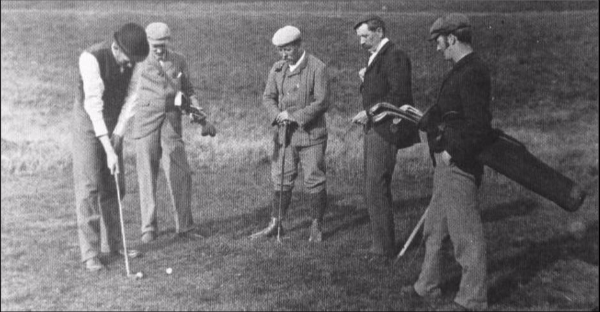 Mr T Hawthorn putting out at Isle of Whithorn, 1906.