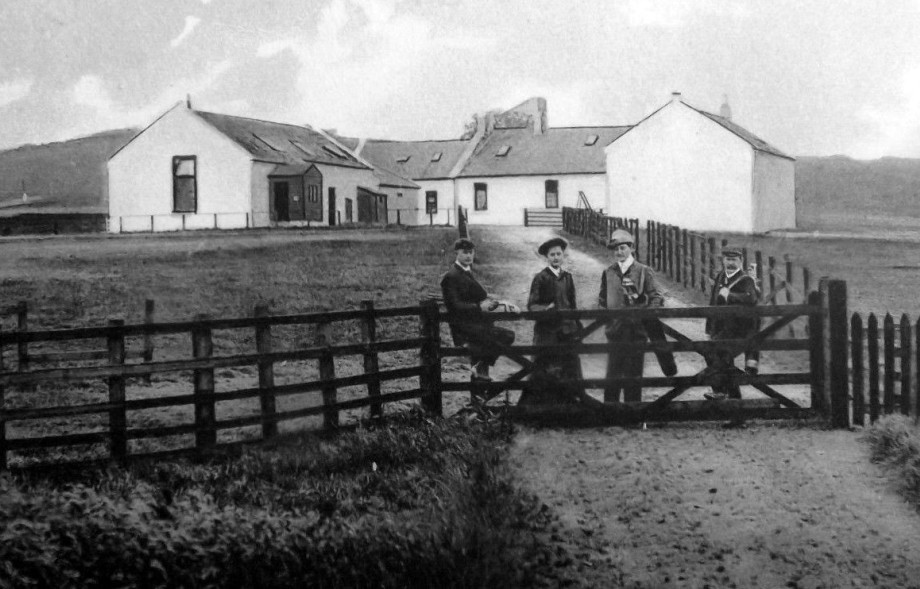 This golf course was first laid out in 1895 by the Glasgow Golf Club, who had just departed the links at Alexandra Park due to overcrowding. The ground at Blackhill was owned by the Glagow Corporation and the Glasgow Golf Club took out a lease in order to lay out the course. The Glasgow golf club would remain here at Blackhill until 1904 when they moved yet again, this time to the estate of Killermont, where they made their permanent home.

When the Galsgow golf club vacated the course, the corporation of Glasgow re-opened the course as a municipal facility which survived in this capacity until 1932 when the course was eventually closed and turned over for housing.

Opening Of New Course At Blackhill.

The new golf course at Blackhill will be

Captain Of The Club, Will Strike Off The First Ball

The New Golf Course At Blackhill

"The new course at Blackhill in connection with the Glasgow Golf Club was formally opened to-day. We give a plan of the course. The green gives great promise of being an ideal spot for carrying on the Royal and Ancient pastime. For the most part the turf is old, and exceedingly well clothed. Hazards are numerous – in fact, there is not a single hole that has not a stone wall between the tee and the green. The putting greens, too, are all natural, and are each 25 yards square. The special feature of the course, as distinguished from Alexandra Park, and one which is very welcome to players, is that members will have to possess a knowledge of every part of the game to negotiate the holes successfully. The putter will have to be used only on the greens, and not from the tee as at the park. Access to the first tee is by the bridge over the canal, and the distance from the present club-house is ten minutes walk. 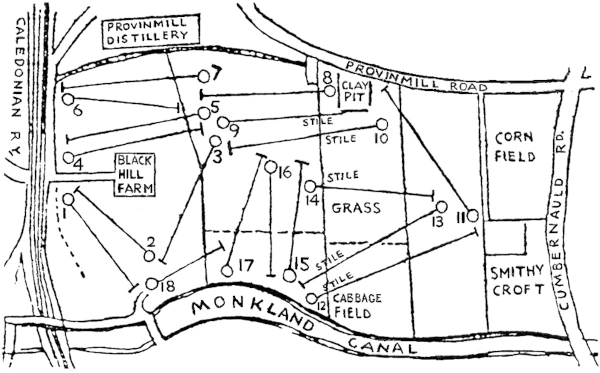 “The Glasgow Club having got possession of their new club-house at Blackhill, shown in the heading, the next step was to re-arrange the course, with Blackhill Farm as the starting point. The work was entrusted to the veteran golfer, Willie Doleman, and members will have the opportunity to-morrow of judging of the skill with which he has discharged his task. While retaining all the best features of            the old links, Willie has managed to lengthen the course, a feature which will be welcomed by long drivers. As will be seen from the sketch, shown left, there is only one crossing, which does not seem a dangerous one. The committee of the club mean to do all they can to popularise the Blackhill course, which will compare most favourably in a year or two with any other inland course, and with that object in view, they have arranged for a bus to leave Garngad Station to-morrow for the clubhouse at 10am and hourly thereafter. This will be a decided boon to players, as many objected to the twenty minutes walk from the Alexandra Park Station. 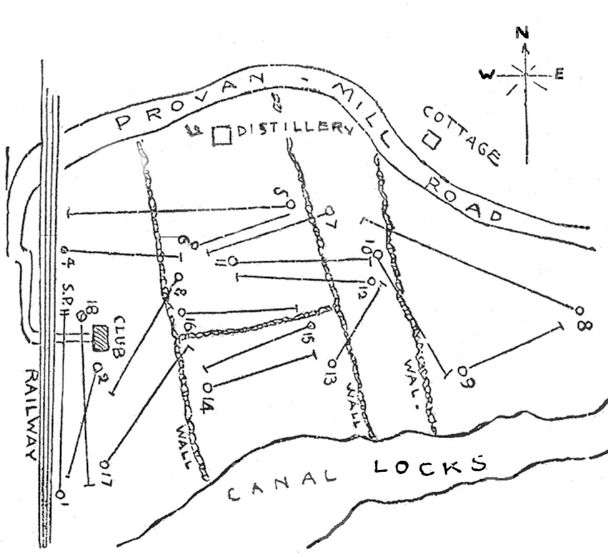 In 1899, Blackhill, which had been in Lanarkshire, formally became part of Glasgow and the resulting urban development prompted Glasgow Golf Club in 1904 to move to its new course at Killermont, The  Blackhill course remained so popular that the Corporation took over the course. The land was turned over to housing in 1933 when a major new housing programme was initiated, 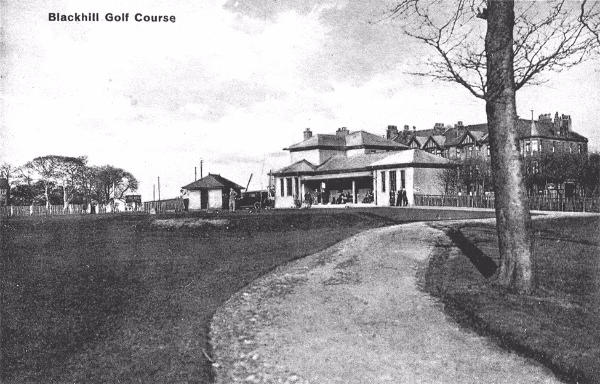 The clubhouse in later years 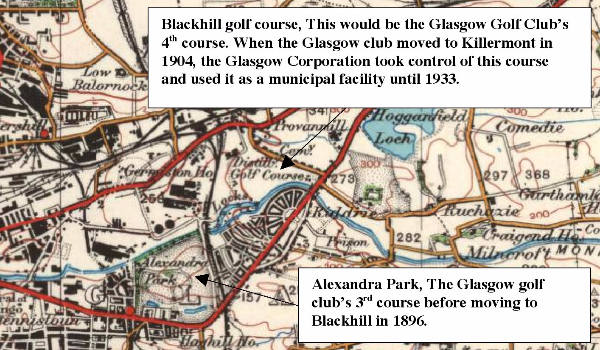