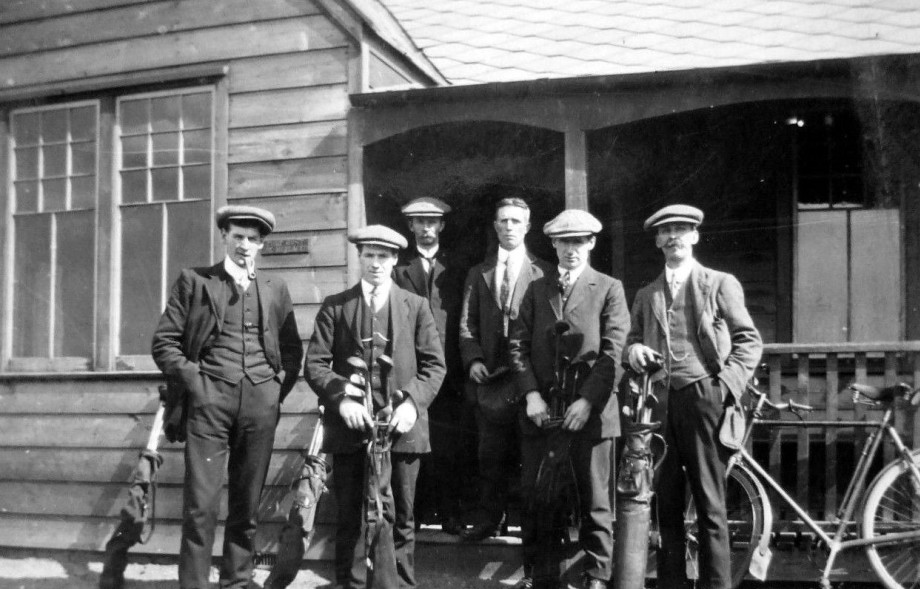 Another club playing over the old historic links at Sauchope

We the undersigned, Natives of Crail being fond of

in order to play that Game more effectively, do this day

hereby agree to form and constitute ourselves into a Club,

Mr John Guthrie was called to the Chair.

Draft Rules of the Club, and Laws of the game, were laid before the meeting and, having been read over and fully discussed, were at once unanimously adopted and ordered to be engrossed in separate books to be kept by the Secretary for inspection of the members.

They then proceeded according to the rules, to elect Office bearers for the ensuimg year, when the following were appointed viz, Messrs John Guthrie, Captain; George Morris, Vice-Captain; Thomas Watson, Secretary; and Alexander A Guthrie, Treasurer.

They also appointed a Committee for the ensuing year, to carry out arrangements as set forth in the rules viz, Messrs Thomas Gay, and Alex Guthrie, along with the above-mentioned Office Bearers.

The meeting recommended to the above Committee to set on foot a subscription for the purpose of obtaining funds to meet the expense of a medal to be procures on an early date, and report the sum received to the next General Meeting.

It was unanimously agreed that a letter to be sent to Crail Golfing Society recommending amalgamation of the two clubs.

(All of the above are extracted from the Club Minutes)

The clubs amalgamated in 1894, and moved to the new course at Balcomie. 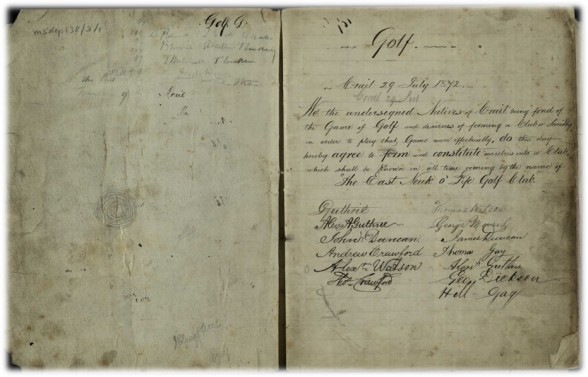