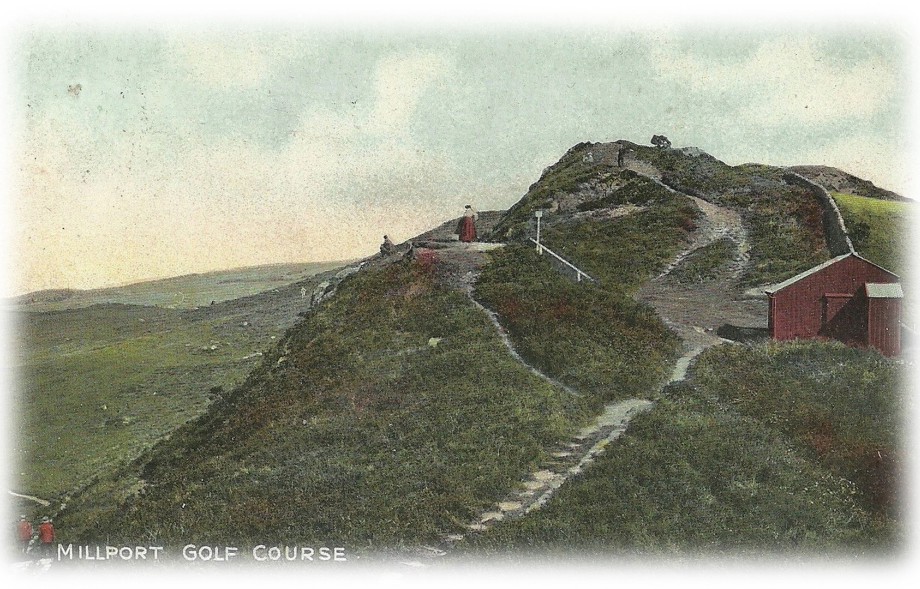 The new links are only ten minutes' walk from the old pier, and in the experience of golfers, the ground is admirably suited, as there are hazards sufficient in themselves to bring the best player to grief. The situation is one of the finest in Scotland, commanding a most extensive view of the Firth of Clyde, and the hills of Arran.

Accommodation for visitors is ample. 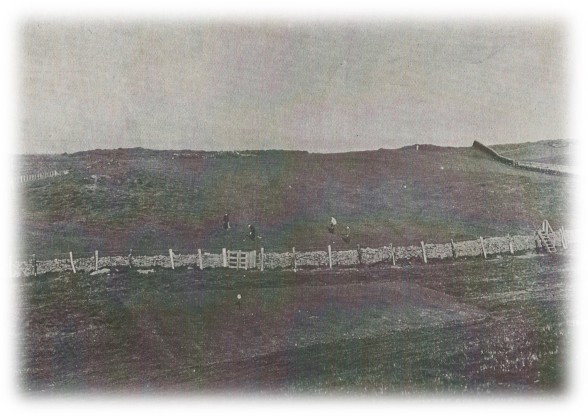 Using the dyke as a hazard at Millport

The formation of a Cumbrae golf club with the Marquis Of Bute as President, is a distinct gain to that beautiful island. On the newly-formed course the opening game will be played early next month.

The new golf links at Millport was opened on Monday by the Millport golf club.

Opening Of The New Links At Millport

He expressed the hope that the club would be successful, and, judging from the large number of members and the interest taken by the spectators, he had no doubt as to the result. The new links are situated on the lands of Damhead, immediately behind the range of hills known as the “ Sheachans” and within easy access of the pier. In the opinion of experienced golfers, the ground is admirably suited for the purpose, and commands an extensive view of the Firth Of Clyde. Provost Brown presented a set of golfing clubs, and Mr Martin, hon. local secretary, a gold medal for competition. The following is a list of the principal scores :- 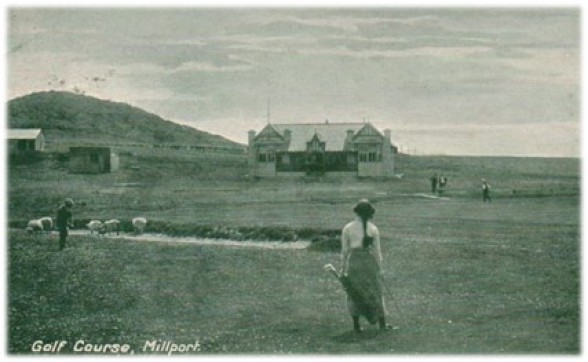