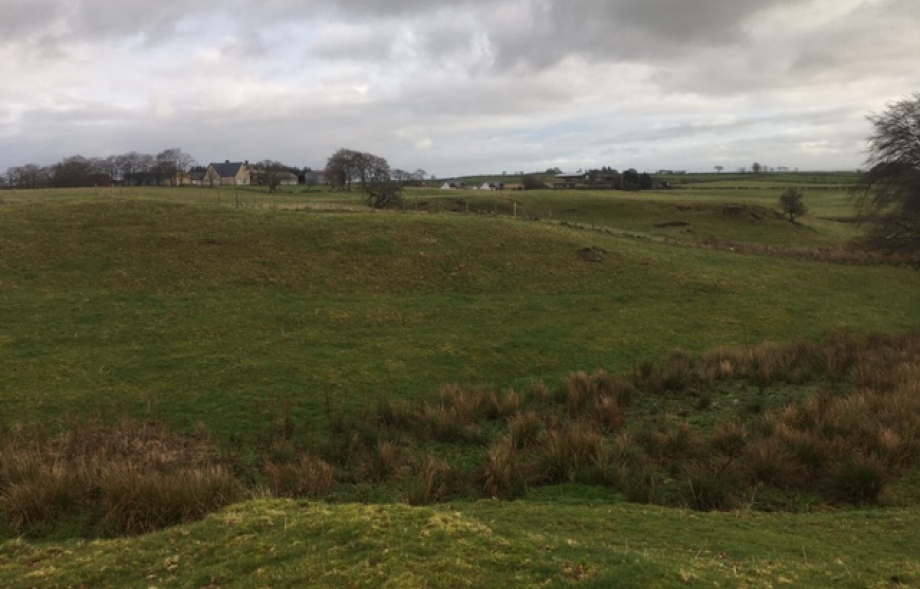 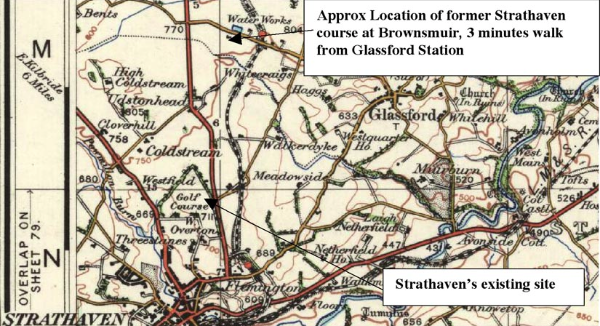 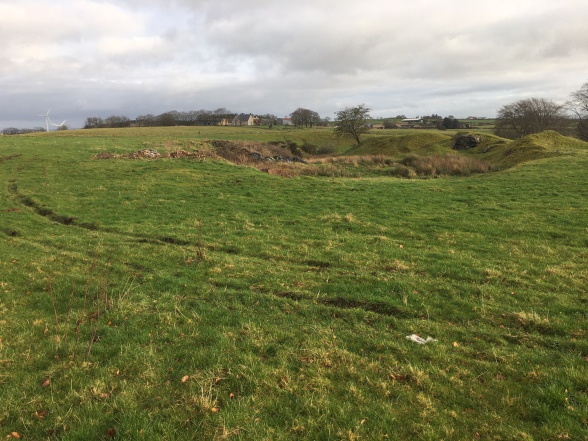 “The new golf links were formally opened last Saturday afternoon. Notwithstanding that the weather was very stormy, with occasional showers, there was a large number of ladies and gentlemen present. George Miller Esq. Dunavon, performed the opening ceremony, and was presented on the occasion with a beautiful silver-mounted golf club by the president, Mr James Barrie. The links are beautifully situated on Brownsmuir Farm, near to Glassford Station, and extend over forty acres of ground. In the opinion of experts, the turf is good, and the hazards of old workings, quarries etc., are a feature of the course. It will yet be one of the nicest of inland courses in the West of Scotland.

Mr James Barrie, president of the club, in making the presentation, thanked the company for favouring them with their presence, notwithstanding the very unpleasant state of the weather. Some folks, he understood, still had doubts as to the ultimate success of the club, but he thought that such a large and representative gathering as had assembled there that day in spite of the weather, showed that such doubts were unfounded, that golf had caught on here as almost everywhere else, and that the club was likely to continue to be well supported by the people of the district - both residents and summer visitors.

The committee, so far, had every reason to be satisfied with their success. They had secured on fair terms a site which was said to be capable, without a very lavish expenditure of money, of being made one of the nicest little inland courses in the kingdom. That might seem rather a tall statement, but he had heard it so frequently from people who ought to know, that he, for his part, was thoroughly convinced of the truth of it. The membership, also, was in a fairly satisfactory position. It amounted to about 100. He thought, therefore, that the committee could claim that they had done their part well, and that they were entitled to appeal with confidence to the Strathaven public to make a very hearty effort to see that this club, from which much good to the town might be expected, was maintained in a prosperous condition. He then intimated that as president, that he would give two prizes, one for ladies, and one for gentlemen: that Mr Ferguson, Cullenpark, their captain, would give a prize consisting of a set of golf clubs, and that Mr Millar, school master, would give a prize for boys, consisting of a golf club. The arrangements for the various competitions would be found explained on a sheet posted up in the clubhouse, but he might say that most of the competitions would be on handicap terms, and the committee expected therefore, that most of the members would compete. He concluded by presenting Mr Miller with the golf club, and asking him to perform the ceremony of declaring the course formally open, and he at the same time expressed the hope that although they were opening the course under rather inauspicious circumstances, the success of the club might be such that Mr Miller would always have some satisfaction in looking back on the important part he had taken in it's inauguration.

Mr Miller, in thanking the committee for the honour they had conferred upon him, and for the handsome club they had presented him with, referred to the extraordinary hold golf had now obtained - man , woman and child being alike fascinated with it - and expressed the hope that the Strathaven golf club might have a long and prosperous career. He then declared the course open, and drove off the first ball.

Exhibition games then took place, among such well known golfers as Messrs Robb, Sinclair and Smith, West of Scotland club: Mr Elliot Soutter, Hamilton club: Mr McCutcheon, Lanark club: and several others: and afterwards an open prize competition for four prizes, given by the club, took place, the result of which was ; 1st Mr Robb (score 39), 2nd Mr Soutter (score 45), 3rd Mr Sinclair (49) and 4th Mr McCutcheon (52). Refreshments were served in the club house and in a marquee erected for the occasion, and in spite of the weather a very pleasant afternoon was spent by all present.

The score made by Mr T.W.Robb, considering the boisterous weather, is a phenomenal one, and forms a record for the course. It was made up as follows :