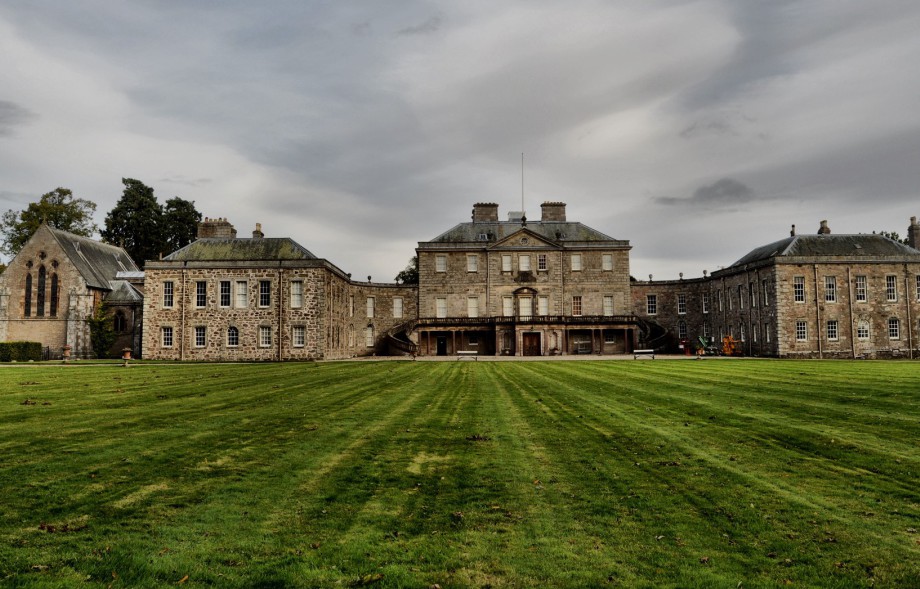 Haddo House. In an interview with Willie Dunn, published in the Edinburgh Evening Dispatch on Saturday 2nd May 1908, he is quoted as follows: “Among my pupils at Biarritz were the unfortunate Queen Natalie of Serbia, Prince Taxis of Bavaria, and other royalties, and the Earl Of Aberdeen, for whom I had laid out a course at Haddo House about 1884.” Given that he was still a relatively young man of 43, his memory should still have been sharp enough to remember a date accurately. Thus, this would appear to be the first course he laid down. at Haddo House, before repeating the exercise in 1891; “A 9-hole course on the estate of the Earl of Aberdeen, laid out by Tom Dunn in 1891.” (G 8.5.1891.

Note : If the above can be followed up on, then this would mean at least three courses at Haddo at different times.

Haddo House Golf Club.  Instituted 1901.  A 9-hole course, of 2074 yards with holes varying from167 to 290 yards, laid out by Carnoustie professional Peter Robertson, in the grounds of Haddo House, the seat of the Earl of Aberdeen, seven miles from Old Meldrum.  The course is almost private but open to members, friends and their visitors. Extended to 18 holes and opened to visitors in 1901. “In the early summer, on the kind invitation of Lord Aberdeen, a number of local golfers met at Haddo House to inaugurate a golf club. Lord Aberdeen placed a large park at the front of the house at the disposal of the club, and had greens laid out for a nine hole course. Since then the club has prospered, but a new departure was given to its prosperity on Thursday by the further kindness of Lord Aberdeen, who has now caused an eighteen hole course to be laid out by Mr Robertson, Professional at Carnoustie, and has also erected a clubhouse for the use of members. A large and fashionable company, including Lady Aberdeen, Lady Marjorie Gordon, Lord Haddo, the Hon. Dudley Gordon, the Hon. Archibald Gordon, the Hon. Mrs Marjoribanks,Rev. Dr Barclay, Montreal ; Rev. Messrs Ritchie Spence Sulter, Marshall Lang, Mr Smith, Factor, and Mrs Smith, Mrs Spence, Udny ; Provost and Mrs Wilson, Oldmeldrum, etc., assembled yesterday to inaugurate the opening of the new course. Rev. Mr Sulter, Secretary of the club, speaking from the front of the new club-house, gave a short account of the formation of the club, and remarked that he thought it had the unique fortune among golf clubs in Scotland in having everything done for it – the course laid out, the greens prepared, and the club-house built – a fortune which they owed to their Hon. President, Lord Aberdeen. “

The course was reduced to 9 holes with the onset of WW1, by which time the membership had fallen to 30. Matches against Old Meldrum were played in 1914 and 1923. The course was closed early in WW2 when it was ordered to be ploughed up for food production. The Earl’s son Archie was a good golfer and won the Scottish Amateur Championship. 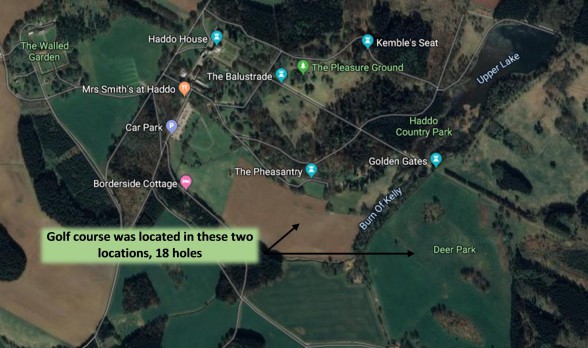 The annual general meeting of the Haddo House Golf Club was held in the clubhouse on Saturday afternoon. There was a fairly good attendance of members presided over by Mr C.G. Smith, President. All the arrangements for the ensuing season were under consideration and duly adjusted. The office bearers were unanimously re-elected. The secretary, Miss Smith, submitted the financial statement for the past year, which was approved of, and considered very satisfactory. On the motion of Mr McKinnon, a very hearty vote of thanks were accorded Miss Smith for the enthusiastic interest and excellent manner in which she conducted the affairs of the club. A similar compliment, on the motion of Mr John Clark, was awarded the chairman. 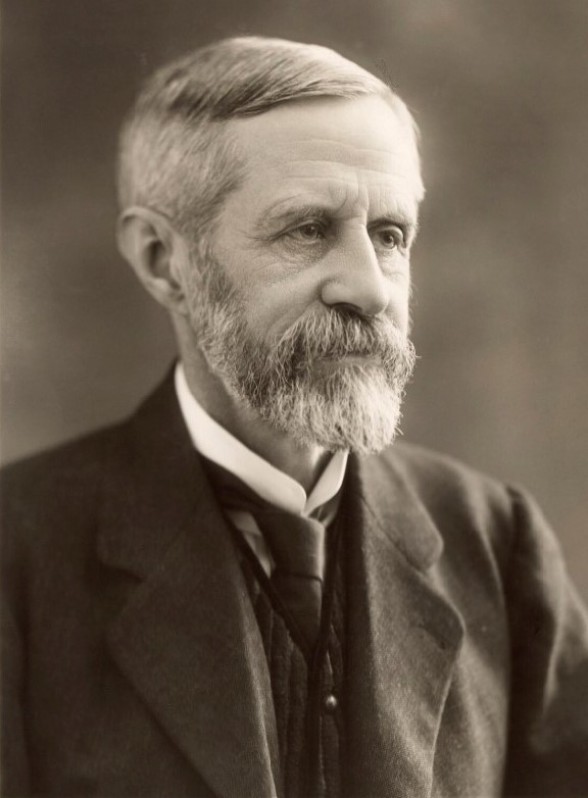 The annual putting competition was held on Saturday afternoon. The day was ideal for the occasion, and there was a fair number of entries. The competition was very closely contested, and the winner was Mr F.J. Clark, the runner up being, Mr A.C. Kirton, M.A.

A friendly match was played between the Haddo House and Old Meldrum clubs at Haddo House on Wednesday afternoon. The game was played six-a-side. The day was ideal for the occasion, and a very pleasant afternoon was spent. The following is the result :- Haddo House – Single Matches – F.I. Clark 0 Miss Smith 1, D.G. Watson 1 C.G. Smith 1, John Clark 1 and J. McKinnon 1 Total – 5..

The result was a net majority of a win for Haddo House by 5.

After the match the company were entertained at tea by the club. Mr Smith gave a short speech, welcoming the Oldmeldrum team, and Provost Shand replied on behalf of the

At Oldmeldrum on Wednesday. Result :-