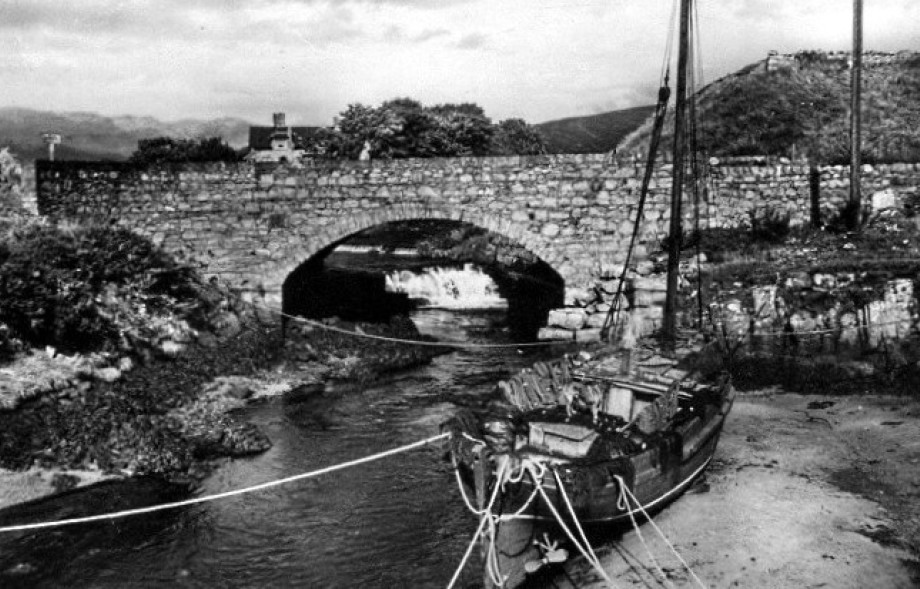 The formation of the club

A meeting was held in the school on Saturday to form a golf club for the district. A committee was appointed, ground was obtained, and the course will be immediately laid out. The secretary is Mr J.H. Duncan, Schoolhouse, Kilmory. 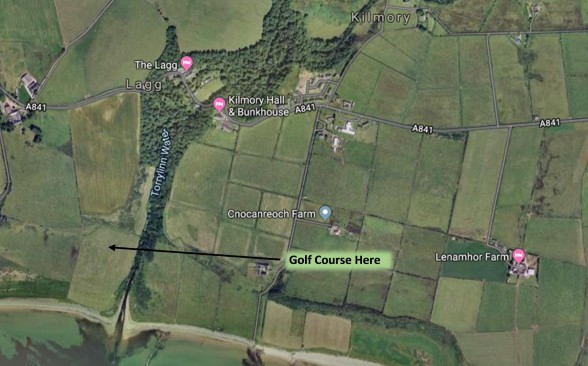 On Saturday last, this course of eighteen holes which is situated eight miles from Whiting Bay, was opened for play.

On Saturday the winner of the Kennedy medal was John Findlay. The Kerr medals were played for when the following were successful : 1. Peter Crawford 2. A. Thomson. Also on Saturday last a visitors mixed foursomes competition was held when the following were the winners : 1. Miss A. Park and Mr Duncan 2 and 3 ( equal ) Mrs Stewartand Mr Buchanan, Miss Duncan and Mr Stewart.

Mixed foursome competition played during last week :- Semi Final – Miss K Park and J.R. Lee( 4 ) beat Miss Ottman and J.H. Duncan ( 6 ) by 2 up and 1 to play : Miss Thomson and D. Buchanan ( 8 ) beat Miss Moir and  J. McKenzie ( Scratch ) by 3 up and 2 to play. Final, Miss Thomson and D. Buchananbeat Miss K. Park and J.R. Lee by 3up and 2 to play. On Saturday a mixed foursome stroke competition was engaged in when Miss K. Park and J.H. Duncan won with a score of 93. On Saturday the kennedy medal was played for, when the winner was Douglas Cook

A number of the summer visitors to the south end of Arran gathered in the Charing Cross Halls in Glasgow, last Friday evening, when the secretary of the club, Mr J.H. Duncan, was presented with a barometer as a token of esteem and in appreciation of his efforts to make the visitors stay in the district enjoyable. Miss Duncan was presented with an umbrella. Mr J.A. McCallum made the presentation. Mr Duncan suitably replied on behalf of his sister and himself. 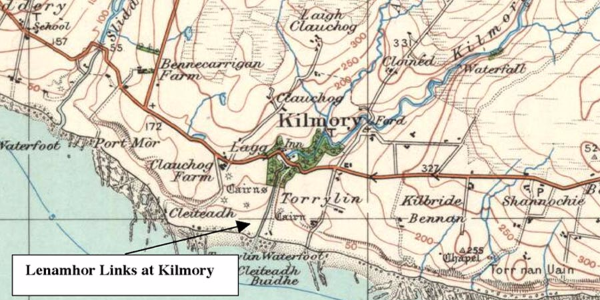 The monthly competition for the club medal took place on Saturday. Result : Winner – Ralston Spiers with a score of ( 5 ) 89

The Kennedy medal was played for on Saturday. Result : James Crawford ( 2 ) 89.

The monthly club medal was played for on Saturday, and was won by James Crawford ( 2 ) 95.

At the opening of the new Lenamhor golf course on Saturday last a match was played on the course between the Lenamhor club and the Corriecravie & Sliddery club. The latter won by one match.

Note : I have no idea where this second course was located. ( Help Please )

A mixed foursome competition was played on this course on Thursday evening of last week, the following being the chief prizewinners : 1. Miss J. Thomson and Mr William Macbride 95, 2. Miss Thomson and Mr Savey 101,  3. Miss Barrowman and Mr Barrowman 104.

The first round of the Huril Cup was played on Saturday, also the McKelvie Cup. Result : J. McDonald 86, James Crawford 89, J. Findlay 92.