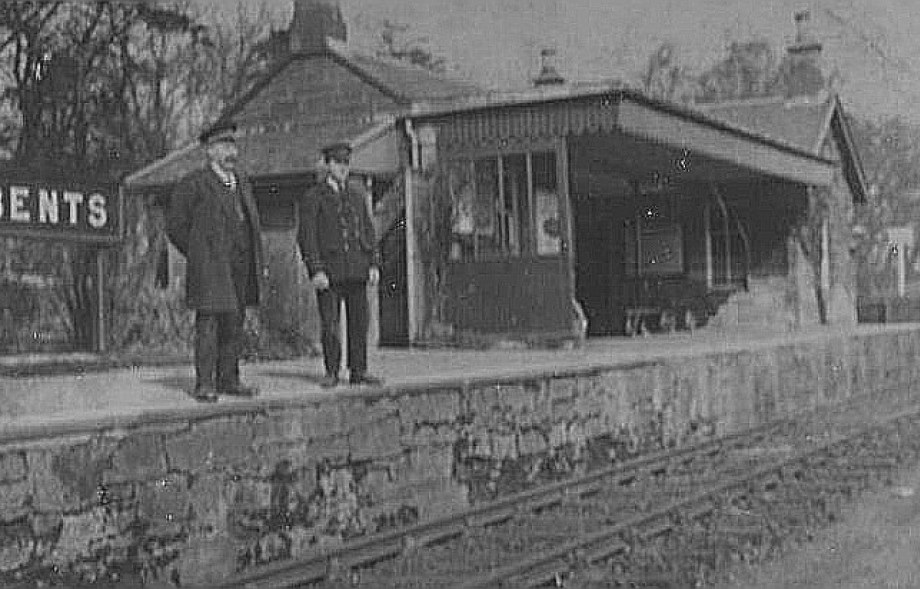 “The game of golf came to the village in 1921 with the opening of a 9-hole course set up by the colliery. Some of these holes were on the north side of the Main Street (opposite the Community Centre) and the others were where the Glenview houses now stand, and carried on down the hill to the burn. Very little information is available about the course of the 'Club', but it existed until the 'pre-fabs' were built. The Captain's Prize was won in the first year by John Graham with a score of 68 and the other scores in that match were:  James Dewar - 72;  James Orr - 72; Peter Strickland - 79; William Lees - 86; John Orr - 90; William Smillie - 94 and M. Earner - 98.”

"A four ball match between UNITED Colleries and Edinburgh and Leith Coal Trade, played at Stoneyburn,  resulted in a win for the former by 6 matches to 2." 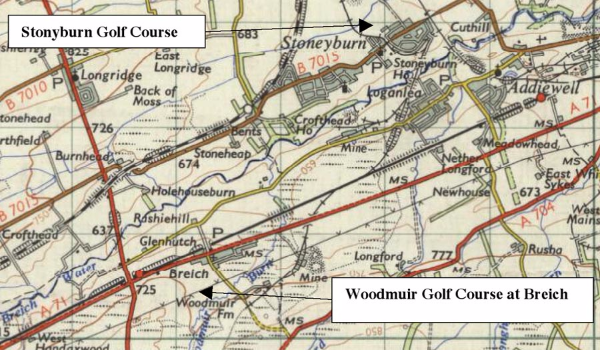 The course was taken over for the erection of prefab houses after WW2.