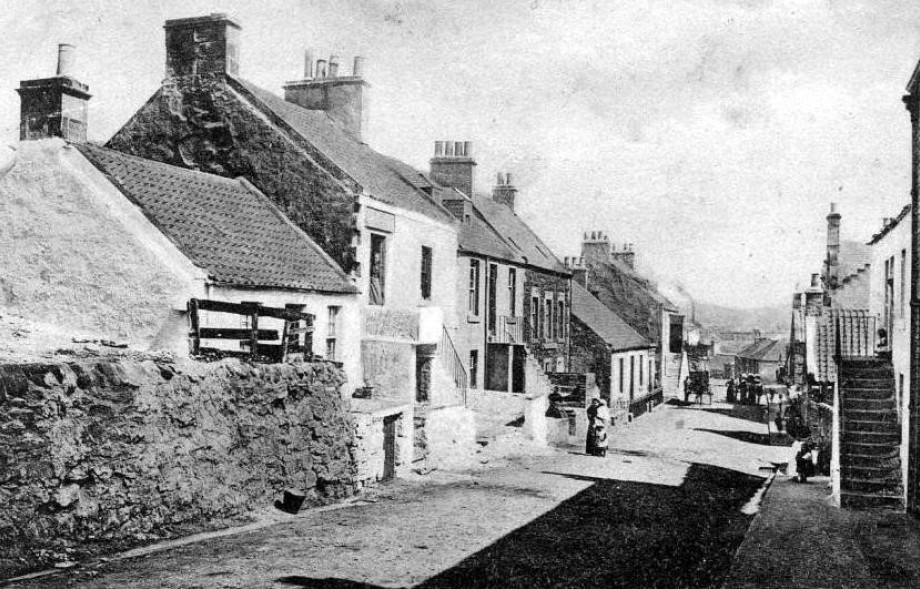 “At a meeting of Buckhaven Town Council it was agreed, on the motion of Bailie Smart, to lay out a nine hole golf course on the Burgh’s estate at Cameron, Windygates.

The park is in such excellent condition for the purpose that the initial cost of making the course will be about £20, while the total expenditure, including a pavilion, will not exceed £120.” (DC 3.3.1920)

“On part of the estate acquired by Buckhaven Town Council from the brother of Earl Haig, a nine hole golf course is laid out for the benefit of ratepayers and people in the district. The opening ceremony was performed by Provost Taylor last night.” (EED 7.5.1920) 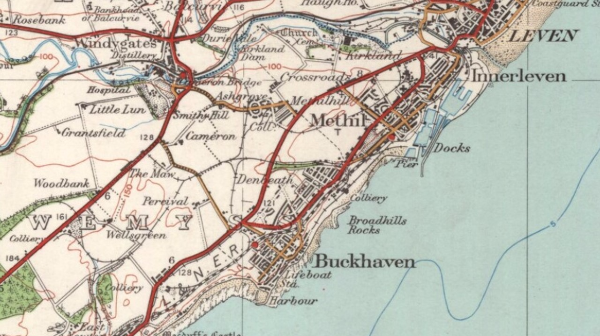 Opening Of The Buckhaven Course

Even those who criticise Buckhaven Town Council must admit that when that body has decided to do a certain thing very little time is wasted in bringing the project to completion. It was only on the 4th March last that Baillie Smart successfully brought forward the proposal to form a Municipal Golf Centre, yet the course was opened last Thursday evening in the presence of a large company of the ratepayers of the Burgh and and of the inhabitants of the surrounding district.

Situated on the estate of Cameron, which belongs to the Burgh, the nine hole course has much to commend it. For one thing, the ground has been under turf for many years, and that fact greatly simplified the work of Mr Patrick, of Leven, under whose advice and superintendence the land was marked out. Full advantage has been taken of the natural hazards of the place, and in length the various holes are quite up to the average.    A pavilion is in course of erection, and when wholly completed the course should be a decided acquisition to the Burgh and adjacent district.

Ex Provost Rose, J.P., as convenor of the hospital committee, presided over the opening ceremony, and on behalf of the council welcomed the company. He referred in appreciative terms to the services which had been rendered by Mr Patrick and regretted that as he had been called from home he was unable to be with them that evening.     Baillie Roland was present representing Mr Patrick, however, and he had every pleasure in asking the Baillie to accept a case of pipes for Mr Patrick and to convey to that gentleman the thanks of the council for all that he had done. (Applause)

Ballie Roland accepted the gift, and said he would not fail to convey to Mr Patrick the thanks of the council for the work performed – work which, however, had brought it’s own pleasure and reward. With his usual dry humour, the Ballie proceeded to offer a little friendly criticism as a representative of the neighbouring burgh, his remarks being punctuated with laughter.

Mr James Galloway, convenor of the golf committee, said Mr Sellars, Leven, had presented the club with a club and ball to be used at the opening of the course, and he handed those over to Provost Taylor. The Provost replied, and after generously offering to present a trophy for competition, declared the course open for play and drove off the first ball.

At the close, the Provost presented the prizes, and refreshments were served. Favoured with lovely weather, the function was greatly enjoyed by all." (LAWG 13.5.1920)

“Buckhaven Town Council have agreed to extend the nine hole burgh golf course on Cameron estate. Financially and otherwise, Bailie Nicol said, the course had been a great success. The membership was 251, and likely to increase.” (DC 8.12.1920)

“The Buckhaven Municipal Golf Course, on the Cameron Estate of the Burgh, has so far proved to be a financial failure.

Mr Gillespie said that such a state of affairs could not continue, and that the golf club committee had either cut down expenses and balance accounts or close the course. Mr Rose did not see why the greenkeeper should get £3.7s6d a week. There were months when the man had nothing to do. Mr Baird thought they should dispense with the greenkeeper. There was not a small nine hole course in Great Britain with a greenkeeper at that money. On the suggestion of Bailie Nicol, the matter was remitted to the committee with powers.” (DC 6.4.1922)

"At a meeting of members at the Cameron Club it was reported that the efforts to keep the course open had failed. Buckhaven Town Council, after laying out the course on their estate at Cameron, found they were dropping over £200 annually and let the fields for grazing. The tenant declines to come to terms with the golfers, and thus the venture closes.” (S 14.5.1923)