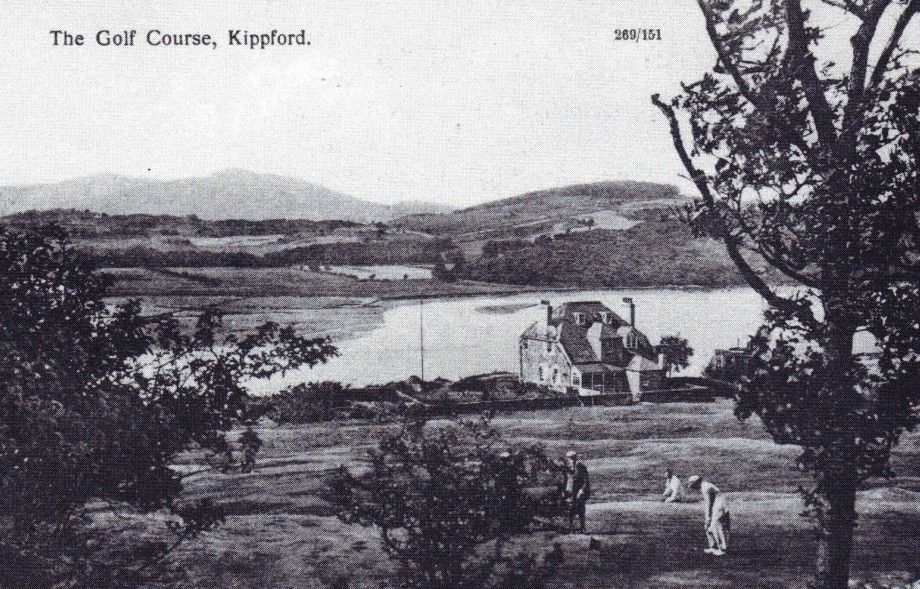 Kippford Golf Club.  Founded 1905.  A 9-hole course on the shore of the Solway near Dalbeattie. 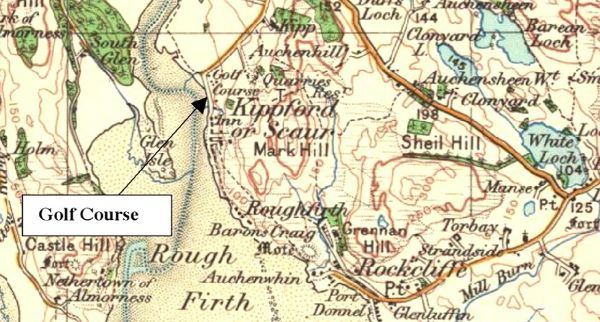 "At a meeting of the inhabitants of Kippford on the Solway it was agreed this week to form a golf course immediately behind the village. Two fields on Kipp estate have been leased and here a course of nine holes, from 120 to 300 yards in length each is to be made. The turf is very suitable and little difficulty should be experienced in making the greens. Mr Chalmers of Kipp has promised a cup for annual competition. So much unanimity prevailed at the meeting that a committee was formed to have the course laid out and in order for the visitor season." (ET 6.4.1905)

"On Saturday afternoon the links formed at Kippford, a watering place on the Solway Coast, four miles from Dalbeattie, were formally opened in presence of a large number of golfers, including several visitors to the district.

The course is charmingly situated on a height behind the village, and comprises two fields on the estate of Kipp covering 25 acres. It is a nine-hole course, the lengths varying from 120 to 240 yards. It abounds in bunkers and hazards, and may be described as of a good sporting nature, and one affording grand scope for the Mashie on account of the position of the approaches. A number of important improvements are contemplated.

The opening ceremony was performed by Provost Glover, Dumfries, who introduced Mr Chalmers, wife of the proprietor of Kipp. This lady drove off the first ball from the tee, and was presented by the committee with a driver bearing a suitable inscription, after which a foursome competition was engaged in" (ET 17.7.1905) 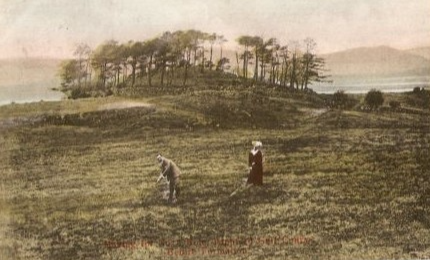 ”Considerable improvements have been made on the course since last summer. The marshy bog lying beneath the tee on the east side of the course has been opened up and drained, and a splendid new tee – the finest on the course – has been made for driving towards the home green. The greens have been subjected to a special course of treatment during the winter months, and are now capable of standing a considerable amount of wear and tear. The committee of the club, in the face of exceptional difficulties, considering the small number of houses in the village, have taken their courage in both hands, and have resolved to put the course in a condition this year even superior to what it was last July and August; and as it met with great praise then, golfing visitors can look forward with pleasure to spending their holidays at the Scaur in the enjoyment of their favourite game.”  (DGSA 6.6.1908)

"A general meeting of the club was held in the Hall on Tuesday evening. Owing to the lack of support it was unanimously resolved to wind up the club. We understand, however, that the course is to be taken over by Mr Robert Gibson, who has acted as secretary to the club since its inauguration, and has taken a very active part in its management and upkeep. Mr Chalmers of Kipp has agreed to accept Mr Gibson as tenant of the course.” (DGSA 5.9.1908)

“Entirely natural; splendid sporting.  Undulating hazards, considered ideal by scratch and average men; novices consider them opposite.  To meet latter class, tees have been specially set apart for their sole use.  Each green is different from any other, making play full of variety.  Practically supported by visitors while Natives, without exception, do not play.”  (WWG) 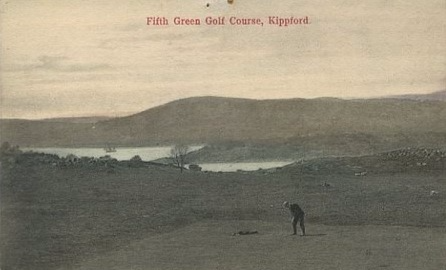 The following article on the Kippford ( Solway Firth ) golf course appears in “ The Golf Monthly:

"This delightfully sporting golf course on the shores of the Solway Firth is one of the few perfectly kept courses left in the country. Mr Gibson, proprietor of the Pines Golf Hotel whose public-spirited action a number of years ago in taking over the course and paying off the debts was much appreciated by golfers then, and whose untiring efforts to make the course one of the best have resulted in success, for without doubt Kippford golf course brings visitors back year after year owing to its unique variety of play.

The turf is of fine old quality, and the greens a perfect dream, practically almost natural.

You can play day after day and come year after year and always find the course fascinating, for the extraordinary variety of shots makes the interest keen indeed.

Kippford golfing visitors are full of enthusiasm for the course, and speak highly of the work of Mr Gibson, who has spared no time or expense in this matter. It is seldom that one finds such a unique variety of greens on any course, each of which have a charm of their own.

One great thing apart from golf – the glorious air is worth a mighty lot. It is that rare combination of mountain and sea air which spells health to the holiday golfer, who can also feast his eyes at the tees upon some of the grandest scenery in Galloway." 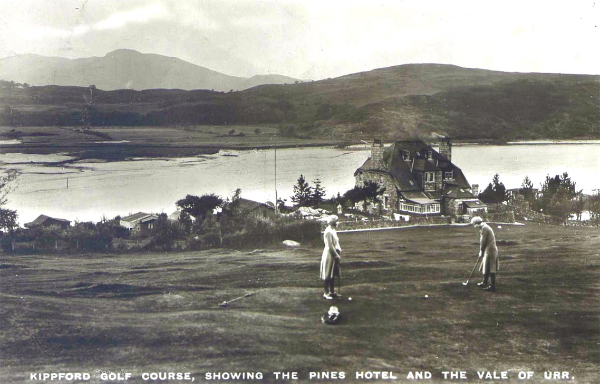