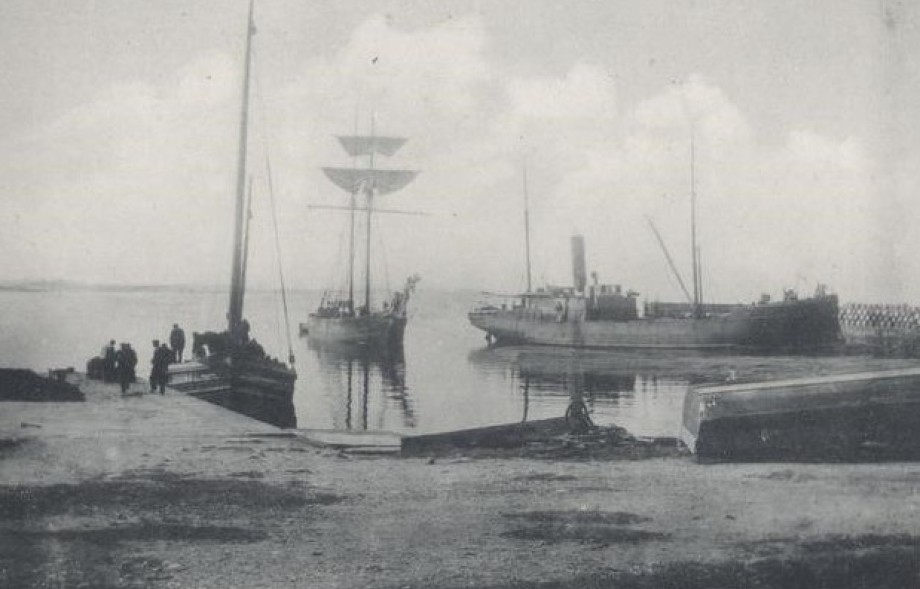 Portmahomack Golf Club - 1.  Founded 1894.  A 9-hole course on the "Common" at the expense of Mr Peter Macdonald of Glasgow who built the new hotel in the village.

"We understand, on very good authority, that a new golf course is to be laid down and opened next week for the people of Portmahomack.  Mr Peter Macdonald, of 4 Carlton Place, Glasgow, is the pioneer of the movement, and has invited all the Ross-shire Golf Clubs to be present on the occasion of the opening of the course.  This takes place, we understand, on Friday next, 14th curt.  The Tain,Balintore, and Invergordon Clubs are to be conveyed to the rendezvous, and again sent home, all expenses being defrayed by Mr Macdonald.  On the date of the opening of the course the new hotel at Portmahomack is, we understand, also to be opened.  The site of the golf course will be the links around the public schoolhouse, where it is thought a very good nine-hole course can be made."

"On Saturday a new golf course consisting of nine holes was opened on the “common” at Portmahomack.  The course has been laid out at the expense of Mr Peter Macdonald, of 4 Carlton Place, Glasgow, who has acquired the new hotel in the village; and the prizes presented in the competitions of Saturday were also provided by him; while in addition to this the expenses of conveyance of the several clubs of Tain, Balintore, and Invergordon, were borne by Mr Macdonald.

The course, which is described as a thoroughly inviting one presenting numerous hazards and difficulties was a few days previous laid out by Mr MacPhail, of the St Duthus Club, with a few of the members of that Club.  To Mr Macphail also was committed the privilege of

Striking off the First Ball

On Saturday, a function which was performed amid much demonstration on the part of the onlookers.  Thereafter, golfers to the number of upwards of thirty rounded the course.  The record score fell to the club of Mr Macphail, who “did” the course in 43 and for this he is to receive a special trophy at the hands of Mr Macdonald.

The prize winners on Saturday were:-

As a set-off to the function of the day, Mr Macdonald entertained the golfers to a sumptuous luncheon in his new hotel.  The guests were presided over by Mr Goodbrand of Culnaha, and Mr Mackenzie, Bindale, was croupier.  The table was laid with all the “substantiality’s” which are palatable to a golfer’s appetite, both in “solids”and “liquids” and after justice had been done to these, the Chairman gave the loyal and patriotic toasts, which were heartily responded to.

The Chairman thereafter, in proposing “Success to the New Landlord,” referred in terms of high commendation to Mr Macdonald’s perseverance, energy, and ability, and expressed the hope that he might be very successful in his new undertaking. (applause).  The toast was honoured with the utmost enthusiasm, followed with the singing of “ He’s a jolly good fellow”.

Mr Macphail subsequently gave “ Success to the New Course,” referring to the attractive features which it presented; and Mr Dallas, solicitor,, replied in a speech bristling with eloquence and humour.

Several other toasts followed, and a thoroughly enjoyable evening was spent, the last contingent arriving in Tain at eight p.m."    (RJ 21.1.1894)

The club survived unti around 1900l 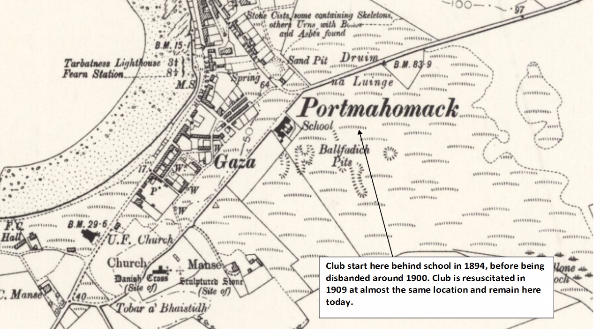