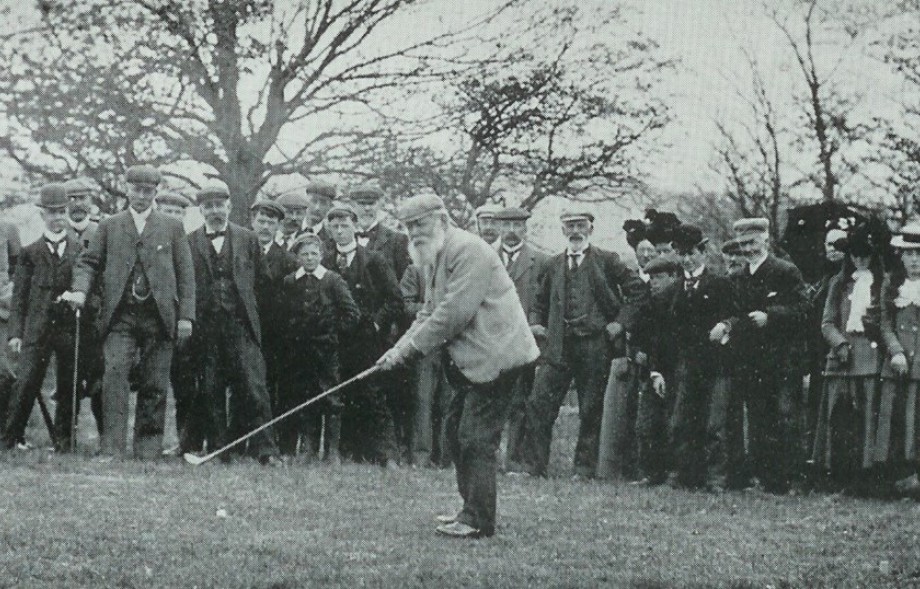 "Another mixed foursomes competition took place over the Gordon Temperance Hotel Course on Saturday afternoon last, and resulted as follows ; 1, Miss Ramsay and Mr W.W. Anderson, 91 ; 2, Miss Florence Craig and Captain Craig, 93 ; 3, Miss May Ramsay and Dr McWatt Green, 98. The foregoing were net scores, the competition being a handicap one. Later in the afternoon the young men of the village were again invited t. o take part in a scratch competition over the same course. There was a large turnout, and the competition was keenly contested, and resulted as follows :- 1, W. McCulloch ; 2, A. McLellan ; 3, W. Anderson. The next best scores were handed in by John McGill and Joseph Cowan. Miss May Ramsay presented the prizes to the successful competitors." (KA 28.9.1900)