Falkirk Burgh Golf Club.  “A new golf course has been planned by Mr David Ronald, burgh engineer, Falkirk, in connection with a proposal to form a golf club for Falkirk Burgh. The ground proposed to be utilised lies on the high land to the south of the town and borders the Princes Public Park and fields further south belonging to the town which are at present used for grazing purposes.  The ground has already been examined by Duncan, the Stirling professional, who has reported that it is suitable.  The plan shows a 9 hole course.  The capital expenditure, including the cost  of erecting a clubhouse at £100, is estimated at £200, and the annual cost of maintenance at £75.  The movement to form a club has so far met with considerable support, and a deputation representing the promoters this week waited upon the Town Council with the object of obtaining the Council’s favourable consideration to granting the ground necessary to form the course.  The Council at a private meeting agreed by a large majority to grant the request, and fixed the sum to be paid annually at £5, the amount paid at present by the grazing tenant.  The decision falls to be confirmed at the next monthly meeting of the Town Council, and there is every reason to believe it will be approved, and that thereafter the formation and organisation of the club will speedily be proceeded with” (GET 28.11.1903) 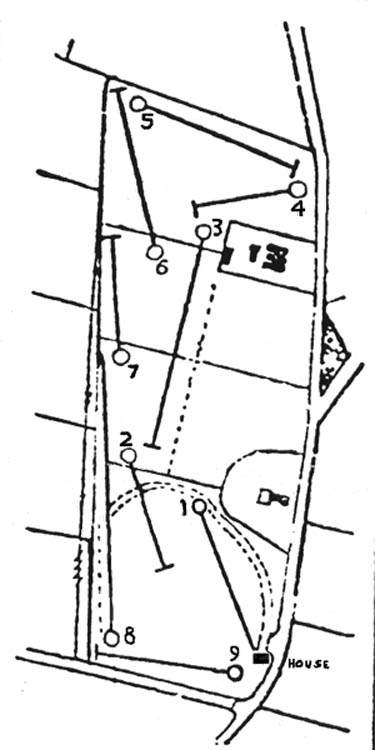