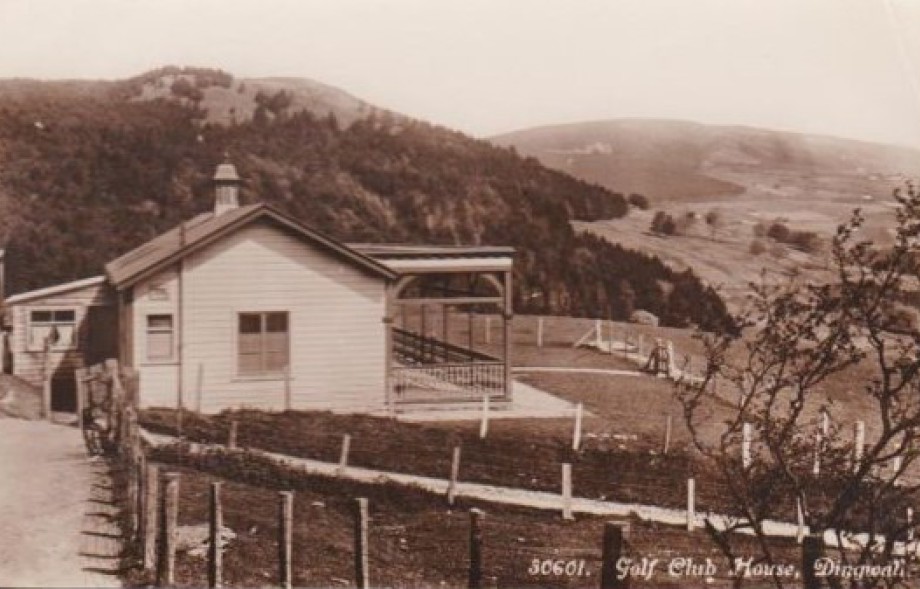 Golf Course – A meeting for the formation of a Golf Course, was held in the National Hotel, on Wednesday evening, Mr W.J. Duncan, solicitor, presiding.  Office-bearers were appointed as follows :- President, Mr A.S.Robertson, National Hotel; vice-President and Captain, Mr W.J. Duncan; Secretary and Treasurer, Mr D.Ross, interim County Collector.  The meeting, which was attended by about fifteen gentlemen, was very enthusiastic, and before adopting rules it was agreed to visit the course.  Holes are already laid down, and the course is to be opened to-night (Friday), at 7p.m. when Provost Macleay will strike off the first ball.

Dingwall – Formation of a golf club –

Under the auspices of several local gentlemen, a meeting was held in the National Hotel, Dingwall, last week for the purpose of inaugurating a golf club for the town and district. The following gentlemen were elected office bearers :- President, Mr A. Robertson, National Hotel ; Vice President and Captain, Mr Duncan, Solicitor ; Mr Ross, Burgh assessor, Secretary and Treasurer.

The appointment of a committee of management was deferred until after the formal opening of the golf course. On Friday the course was formally opened in presence of a large number of ladies and gentlemen, when Provost MacLeay by special request played off the first ball, and declared the course duly opened. In a few well chosen remarks, the Provost expressed the hope that the club would have a prosperous career, and that many more gentlemen would see their way to become members. Thereafter a foursome game was played off between Provost MacLeay and Mr Robertson, and Mr Duncan and Mr Henderson, the game at the close being equal.

Dingwall Golf Course :- The new golf course in the Jubilee Park, Dingwall, was opened on Friday evening when the first ball was driven by Provost Macleay, who, in a few remarks, wished the new Club every success in their endeavours to promote so healthful an enjoyment.  A pleasant game was then engaged in by several members of the Club.

Weekly Golf Competition :-  At the weekly medal and sweepstake competition on Saturday, the scores were :-

Golfers at Dingwall have decided to form a Limited Liability Company with the view to setting up a golf course adjacent to the burgh.

A capital of about £500 is aimed at, and £400 has been subscribed. A committee is exploring the district, and will report soon on possible sites. There is a considerable area of grazing ground in the vicinity of the town, and some of these parks, might, it is felt, be available at a reasonable rent, to modify the cost of which it is suggested that grazing for sheepbe entertained.

Dingwall golf course was opened to the public yesterday afternoon, the first ball being driven by Mrs Davidson of Tulloch, who was introduced by Provost Crawford.

The course is splendidly situated on Tulloch Hill, behind the houses in Craig Road, with a magnificent view of Cromarty Firth. A nine hole course, it is not heavy.

Natural hazards is provided by hedges and trees, and pulling and slicing carry considerable punishment with them. The greens have been formed with expert care.

The first of the annual inter club home and away competition between Dingwall and Strathpeffer Spa golf clubs was played at Dingwall. The trophy is a silver cup presented by Colonel Sir George Hastings. Fifteen players a side took part, and Dingwall won 14 matches and drew one match. The return match at Strathpeffer on 23rd August should be less decisive, Strathpeffer will be supported by visitors.

Dingwall golf club has unanimously decided to go out of existence. The club was formed in 1921 with a capital of £500. In its first year there were 280 members. Since then the membership has gradually decreased until last year there were only 80.

This it is contended, does not justify the club continuing a nine hole course. Many older people engaged in play over it, and the decision to disband has been received with mixed feelings.