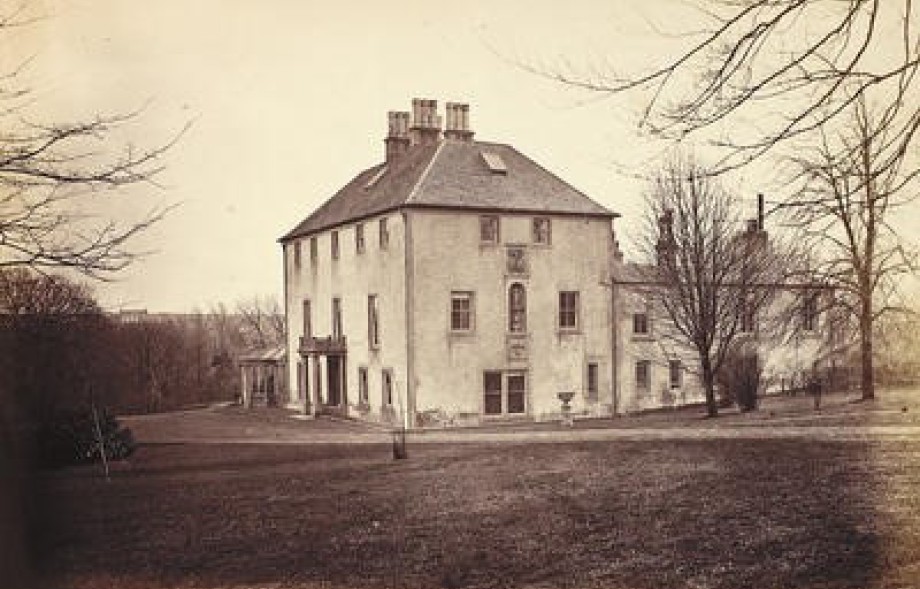 The Bredisholm estate was granted to a branch of the powerful Muirhead family by the Archbishop of Glasgow and the grant was confirmed in a charter of 1607. In 1710 a local history made the first known reference to the house, describing it as "a convenient dwelling". It was substantially altered in later years and the date 1765 was carved on a stone on what may have been an extension at the north end of the building.

Bredisholm became a golf clubhouse in1907, remaining in use until c 1919. It was demolished c 1980. However, the names Bredisholm and Muirhead are preserved in many of the street names in the Muirhead district of Baillieston.

“Some time ago I drew attention to the formation of a new golf club and course in the East end of the City, the headquarters of which were to be located at Bredisholm, near Ballieston. I am now pleased to add that the necessary preliminaries have now been completed. A committee has been appointed and the work of formation will shortly proceed. David Adams is the architect who has been employed." (ET 18.10.1907)

"It cannot be said that any time is being lost by the committee of the Ballieston Club, who are entrusted with the duty of laying out the new course at Bredisholm, which lies South East of Ballieston Railway Station. The plan prepared by D. Adams has been accepted, and workmen will begin operations in a few days.

The situation of the links is more suitable than it appears at first sight. Half an Hour from the Central Station and one is at the club-house. From the sketch it will be seen that the first hole goes Northward. It is a good length hole, requiring two full shots. Its particular difficulty lies in getting through the converging neck near the green. A wood on the right and cover on the left will catch the loosely played ball. The second runs parallel with the railway, and a sliced shot will find the embankment. Near the green a hedge and a burn nhave to be negotiated. It also is a two shot hole. Then comes a short pitch across a tall hedge and burn ; if the ball goes beyond the green a paling will give trouble. A drive and iron ought to suffice for the fourth. A pulled drive will be trpped among trees. Similar strokes are called for at the next hole. An avenue of hedges bars the approach to the green. The sixth is a long way down hill. Trees will punish a slice, and if over strong in approaching, the Calder will be reached. Passing along the Calder amid pretty scenery a drive and pitch should find the seventh. A slice goes into the river, and a pull into trees. The eighth is a plain hole uphill. A cleek should suffice for the last hole. Sixty yards from the tee hedges have to be carried. Generally, the course has many gradations in surface, and the turf is old and good. Very little work will be needed to have it in playable order.

I hear that members are rapidly being enrolled." 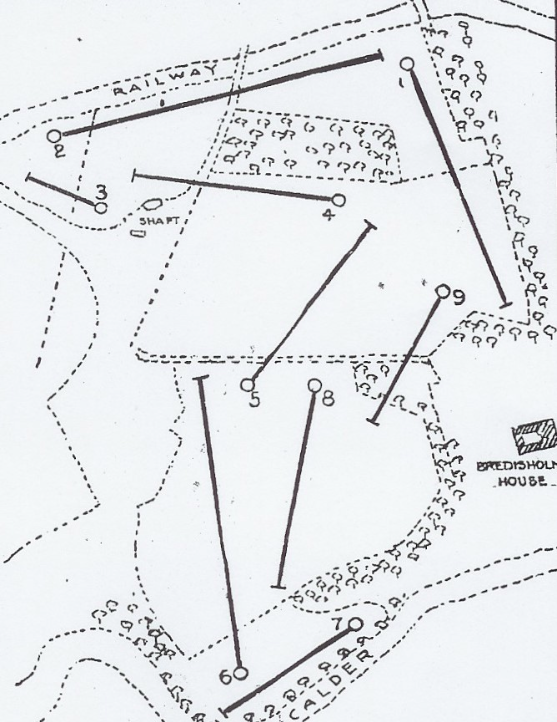 Notes : The ground of this course is still intact and is situated partly underneath and directl south of the M73 Motorway. Some remains of the foundations of the house are in evidence to the east of the site.

"A new course was opened at Ballieston, near Glasgow. It lies on the estate of Bredisholm, and consists meanwhile of nine holes.

The old Mansion House, converted into a first-rate clubhouse, was formally opened by Mrs Muirhead Gould, Proprietrix of the estate, and Mr William Whitelaw, ex- M.P. For North-East Lanarkshire, officiated at the opening of the course, his son driving off the first ball in presence of several hundred spectators.

Thereafter a four ball foursome was decided between Tom Robb and R.W. Orr and Hugh Macneal and David Adams, the latter being the professionals who laid off the course. Play was exceedingly even, and, considering the newness of the greens, very good play was witnessed. Messrs Robb and Orr led by two holes at the end of the first round, and eventually won by Three up and Two to play. The best ball scores were :- Messrs Robb and Orr, 71 ; Messrs Macneal and Adams, 74." (S 1907) 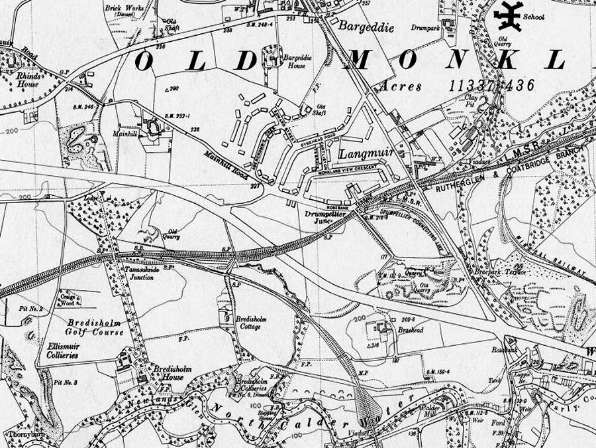 Course and clubhouse in left hand corner of map

"The annual meeting of the Bredisholm club falls to be held in the Religious Institution Rooms on Wednesday evening when the report to be submitted by Mr R.D. Rutherford should give satisfaction to the members,

On the years working there is a credit balance of £114.

During the year 33 new members were admitted, the roll now consiting of 275 Gentlemen and 154 Ladies, No nominations have been received for the positions of Captain, Vice Captain, Secretary and Treasurer, so that the meeting will have to nominate and elect members to the vacancies." (ET 16.1.1914)

"Judgement has been issued in the Glasgow small debt court by Sheriff Lyell in a test action brought by the Bredisholm Golf Club (In Liquidation) against certain members of the club for payment of a levy imposed when they were absent on service, and exempt from subscription, but still members of the club. There were 18 defended cases, and decree has been granted for £4 in each case with expenses." (S 27.1.1923)