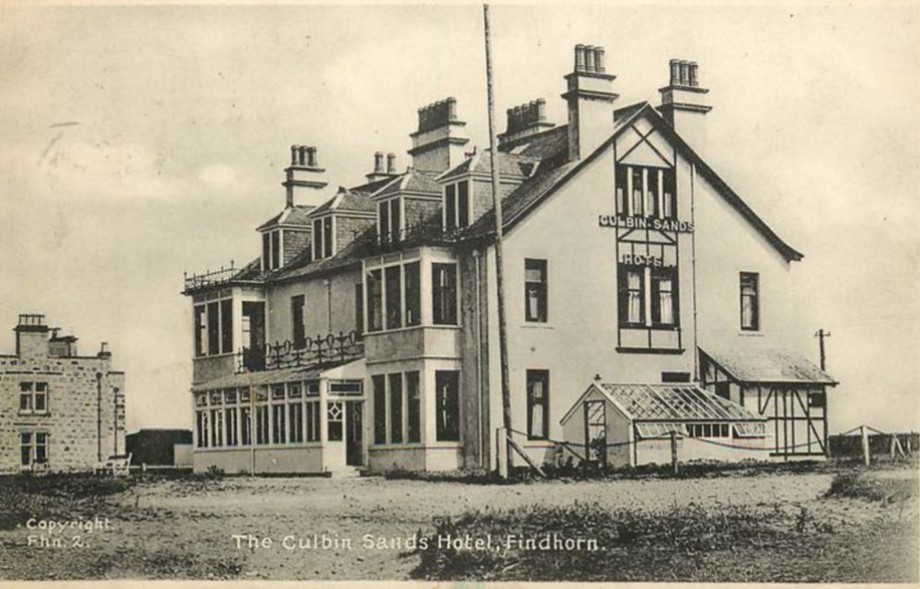 The white flats in the header photo are standing on the location of the old Findhorn Bay Hotel. The small hut to the right with the red roof was the clubhouse for the later 1926 course. 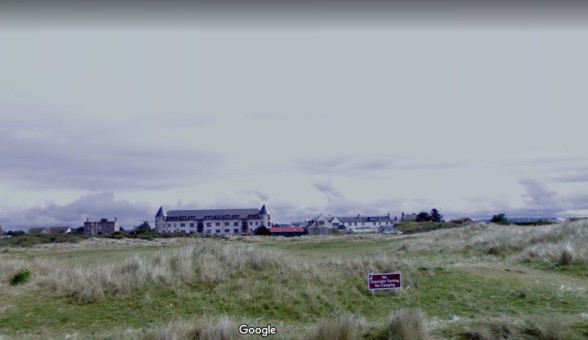 The google photo above is a good example of the course location, and the block of flats in the background is standing on the exact spot of the old demolished Findhorn Bay Hotel. In 1926 another course was opened here which was located immediately behind the flats in the picture ( See Culbin ) 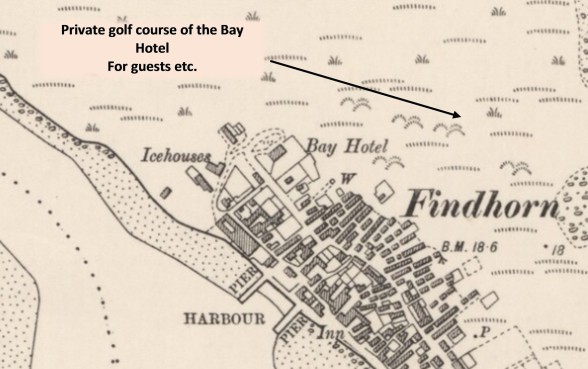 Is now open for the season, under entirely new

Management, and will be found an ideal

Hiring in all its branches.

Letters and telegrams promptly attended to.