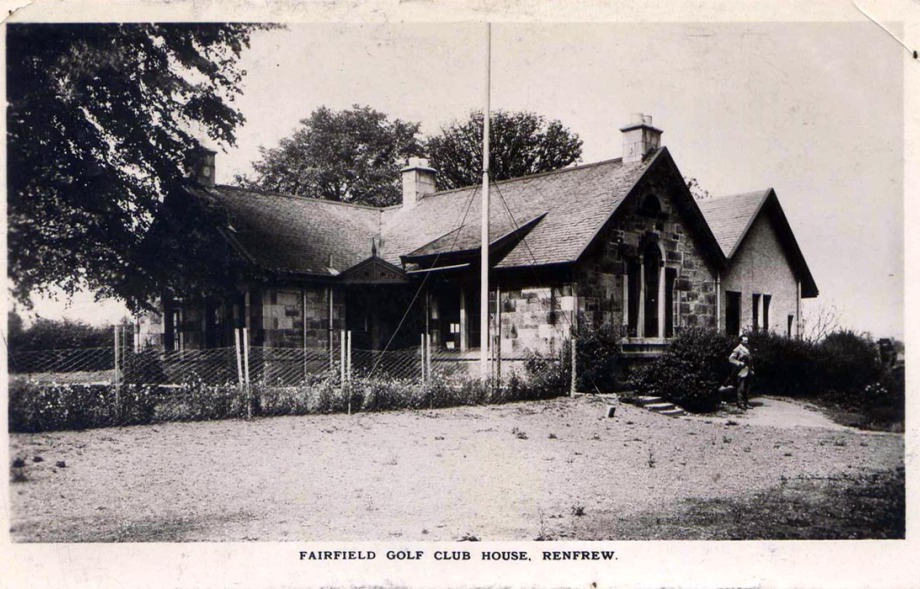 Fairfield Golf Club.  Founded 1903.  An 18-hole course in the grounds of Elderslie estate, laid out by D Adams. 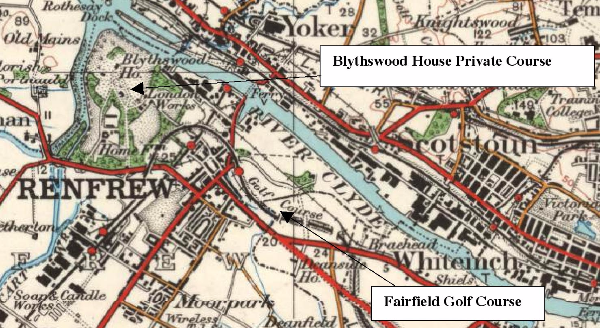 The Fairfield club was started four and a half years ago, and played over the Corporation course at Bellahouston. With a growing membership, the club found it’s operations interfered with by the large numbers who patronised the Bellahouston course, and felt compelled to look out for links of it’s own. It was for.

The course is somewhat circumscribed, but is of a fairly sporting  character. A large crowd of members and their friends turned out at the opening ceremony. Mr A. Mithchell, Captain of the club, presented Mr A.A. Speirs of Elderslie with a cleek, suitably inscribed, and Mr Speirs drove off the first ball and formally declared the course open.

"The formal opening of the new clubhouse took place on Saturday after the completion of the monthly medal competition. After tea, a capital programme of songs, recitations, and instumental selections, varied at intervals by impromptu dancing, was gone through. Simultaneously whist drive parties were conducted in the ante rooms. The feature of the entertainment was the solo and dual dancing of Misses May and Eva Malcolm. The “ House Warming” was voted by all the most successful incident in the hitherto successful progress of the club." 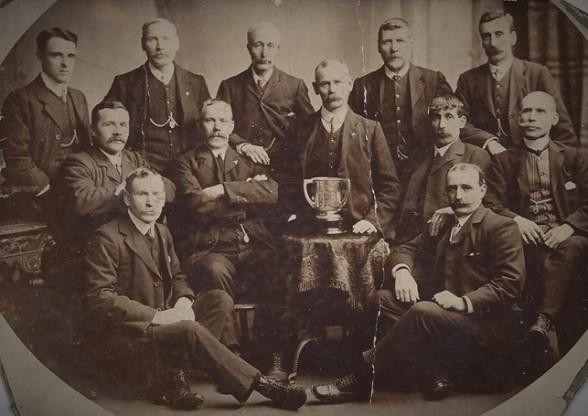 Members of the first committee of Fairfield with the Anderson trophy in 1904. This photo was taken at Bellahouston golf course where the Fairfield club was first formed, before moving to their own course at Renfrew ( Elderslie Estate ) in 1907.

My thanks to Sheila Steele in Canada for the use of this photo.

"The course of the Fairfield club on the Elderslie policies, Renfrew, is receiving special attention this week in view of the Exhibition games arranged for tomorrow.

In addition to George Duncan and Charles H. Mayo, as first arranged, the services of Tom Ball have been secured. This should make a very interesting three ball game, and, as the turf is of the right kind for ideal golf, there will probably be records made which will take a lot of beating." 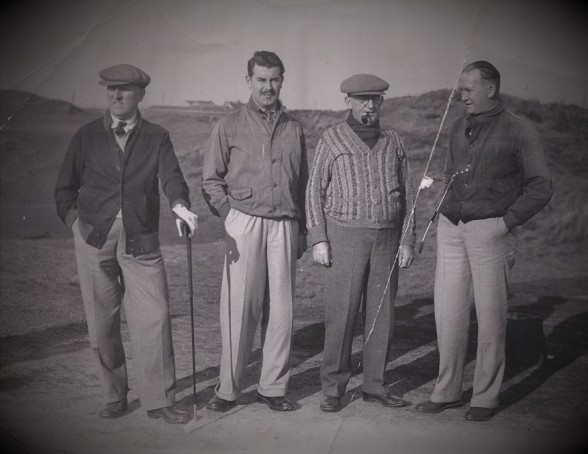 Another photo from Sheila Steele in canada, this time showing her grandfather ( Far Right ) during a foursomes match probably in 1930s 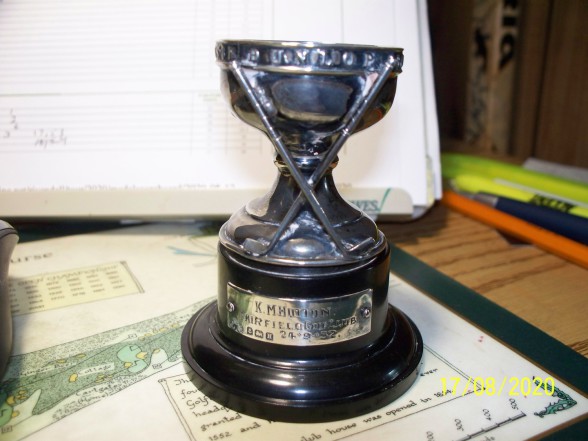 Courtesy Of Sheila Steele in Canada

In April 1941 the course and the clubhouse were closed because of enemy action and temporary membership facilities were granted to members by Cathcart Castle GC.

Closed in 1942 when taken over by Clyde Navigation Trust for construction of Deanside Transit Depot.