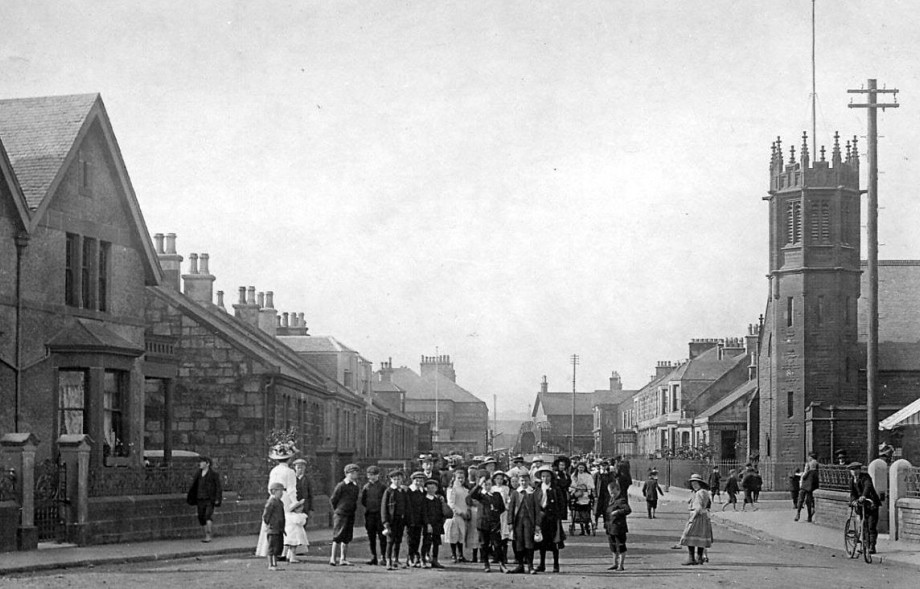 “The new golf club which has been formed by the artisans of Stevenston has been christened “ The Glencairn Golf Club” and promises to be a strong combination.” (ASH 6.7.1900)

“The Glencairn Golf Club is now in a flourishing condition. The monthly medal competition takes place on Saturday afternoon, and several other important events have been arranged for the coming season.”” (ASH 17.8.1900)

“The autumn competition of the Glencairn golf club was played on Saturday last, for prizes presented by Mr Wm. Gibson, Ardeer. The course was in good order, although a stiff breeze was blowing across it, which made scoring a little high. Twenty six competitors took out cards, and the winner was found to be J. Craigen, with a score of 104 less 28 = 76.” (ASH 31.8.1900)

“At a smoking concert under the auspices of the Glencairn Golf Club. Stevenston, the chairman Mr Gow Sinclair said that so far as he knew , the club was the only working men's golf club in Ayrshire.” (ASH 15.2.1901).

“Formed in July 1900, was the first of the clubs within the club. It was started by the artisans of Stevenston who led by their Captain Dickie were allowed playing rights, under special arrangements, for a membership fee of 10/6d ( 50p ). It was hoped to unearth some hidden talents, however, it was all to end distastrously at the A.G.M. on September 14th, 1901. George Kirkhope, later to become secretary and a life member, commented on the behaviour of the Glencairn members. He stated that while playing with a potential member he was disgusted at the etiquette shown by their members who seemed to roam over the course at will. The chairman agreed that their connection with the club had been under consideration and the special arrangement was being terminated from November.” (Ardeer Golf Club Centenary Book 1889-2005)

It would appear that this same club had yet another attempt at resucitation when the Ardeer club left for pastures new.

“A golf club of more than 40 members called the Glencairn Golf Club will take over the course vacated by Ardeer Golf Club in favour of their new course.” (ASH 19.8.1904) 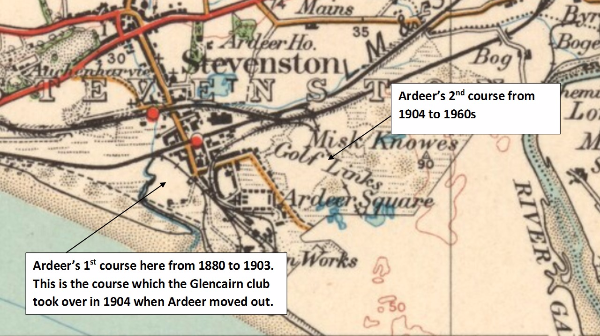