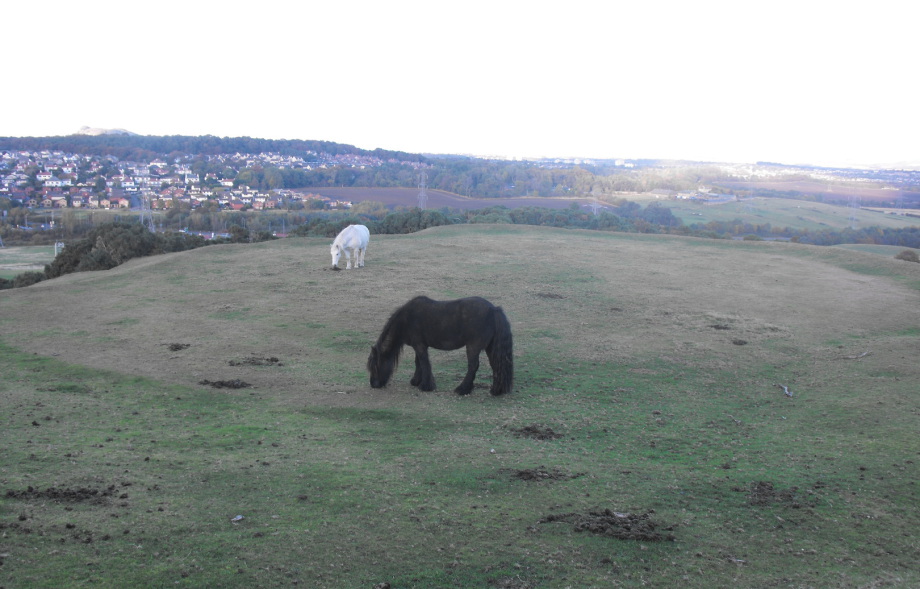 A former green at Lothianburn

The new course which has been laid out on pasture land attached to the farm at Swanston was formally opened yesterday afternoon. Situated on the west side of the high road to Penicuik, about two miles from Morningside station, the ground is admirably suited or golfing purposes. It extends to about seventy acres, and has been laid out in eighteen holes. It rises at an easy elevation from the high road westwards. The ground in fact takes the shape of a broad-backed ridge, with a valley on each side. As the course has been arranged, you play along the north valley, come back over the northern side of the plateau on the top, proceed westward along the southern side of the plateau, And return home by the southern valley. The holes extend from 250 to about 500 yards, and offer opportunities for all sorts of play – from strong driving to deft pitching. Many of them are of a sporting character, and natural hazards, such as small quarries, ditches, and whin bushes abound, although the latter are not nearly as numerous as those on the Braids course at its commencement. Though at present the grass is too long for good golf, the turf is excellent, and, with plenty of play, would become superior to to that of most inland courses. Admirable situations are available for putting greens; indeed a practical greenkeeper could in a very short time lay out the course in the manner that would rejoice the heart of the most ardent golfer. One drawback to the course is the distance from the city, and the absence of any public mode of transport; but when remembrance is had of the great demand for golf links, and of the constant congregation at the Braids and Musselburgh it will be found that the distance to the new course will not deter golfers eager for a game from overtaking the quarter of an hour or twenty minutes’ walk that would be required to take them from the Braids to Lothianburn.

Mr Jack, the tenant of Swanston, who has laid out the course, has arranged to allow the public free play over the course during the next few weeks, and it is understood that many golfers will take advantage of the opportunity of making acquaintance with the new green. Those who visited the course yesterday expressed unbounded admiration for it, and believed that were a club to lease the ground, it would speedily become popular. The company yesterday included Dr Taylor, Messrs Robert Mark and Andrew Riddell, Edinburgh; Mr Mackenzie, factor for Colonel Trotter, Mortonhall (proprietor of the ground); Mr Galloway, Hermitage Gardens; Mr Melrose, Mr  Samuel Jack, Crighton Mains; Mr Oliver Thomson, Mr Haddow, Comely Bank; Dr Taylor, London; and Messrs Riach, Young and Wylie. Dr Taylor, Edinburgh, having driven the first ball, said he had much pleasure in declaring the course open. He congratulated those who ere to be the future members of the club on having such a fine hilly expanse before them. The party then, in singles and foursomes, went a  round of the green, and they were unanimous and hearty in their approval of the course, and in their congratulations of Mr Jack on the enterprise he had shown in the matter. The company were afterwards hospitably entertained by Mr and Mrs Jack at the farmhouse. 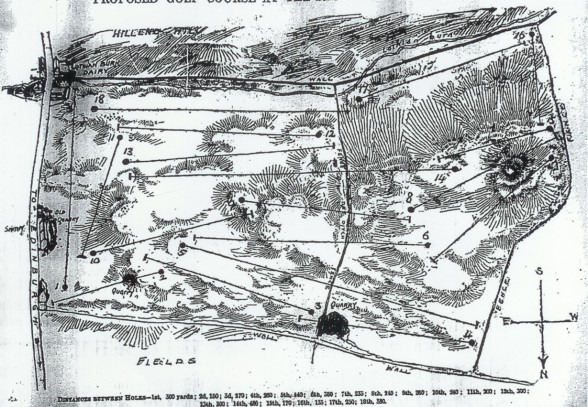