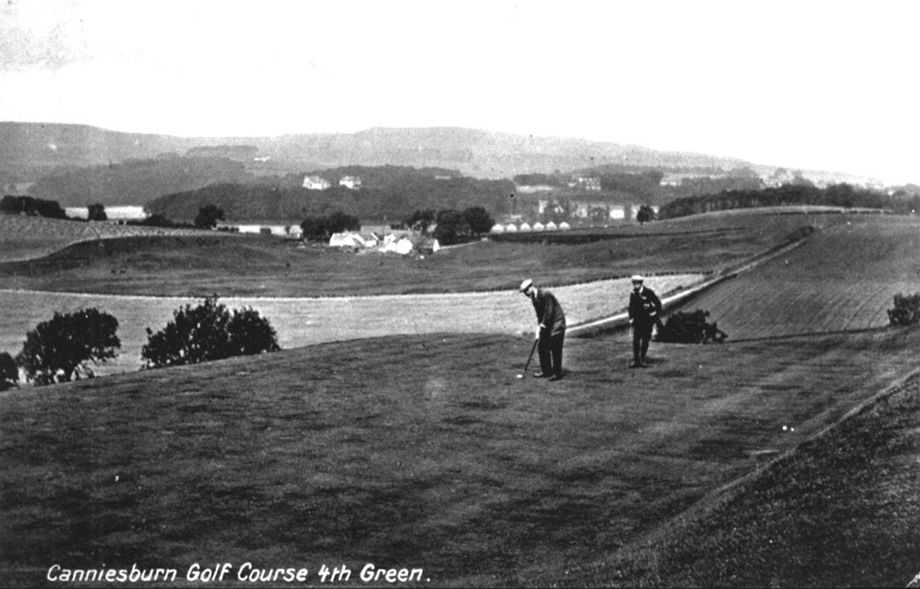 "Good progress is being made with the work of laying out the new course at Canniesburn. It was planned by D. Adams, who has had much experience of this work. The club only entered into possession of the ground on 28th November last, and it speaks volumes for the greenkeeper, John Taggart ( Lately with the corporation at Blackhill ) that a temporary nine hole course was open for play to-day. The full round will not be ready till next summer, but the portion laid out will give the members ample scope for their abilities in the meantime. The ground will be easily drained, and there should be little difficulty in working the greens into fine condition. The club has since it’s inception been most successful, and the membership of two hundred is being added to every day. Sir Archibald Campbell, of Succoth, and Garscube, is the Honorary President, and the Honorary Vice Presidents are Lord Provost A. McInnes Shaw and Robert Balfour Esq. M.P. The Honoary Secretary and Treasurer is Mr Peter G. Ritchie, Accountant, 103 West Regent St, Glasgow." (GET 25.12.1908) 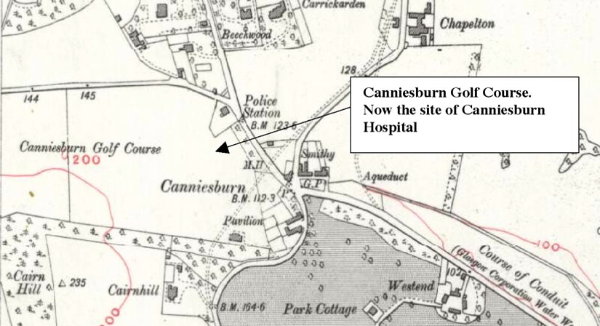 "The course at Canniesburn was extended and the official opening of the 18 holes was marked by an exhibition match on 16 April 1910 featuring J H Taylor, James Braid, Harry Vardon and Alex Herd. “The full round of 18 holes promises some very interesting golf as one rarely finds a course so convenient to a large city with such naturally tricky holes, more especially on the extension. One feature which will forcibly strike the golfer is the entire absence of bunkers; but notwithstanding, there are some cross hedges which require a lot of negotiating, and there is seldom seen a finer example of getting the fullest advantage out of a golf course than at the third green, which has been laid out on the site of an old garden with the hedge left entirely surrounding the green - a certain trap for careless players.(G 31.3.10) 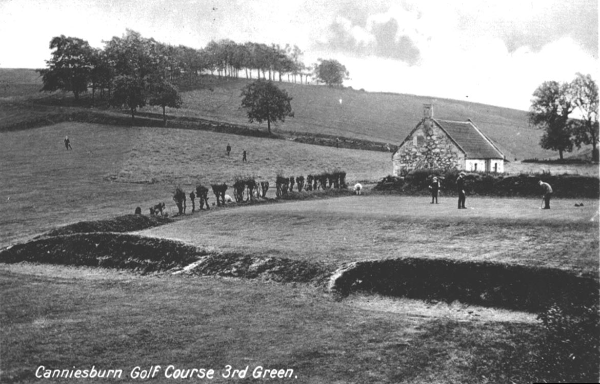 Half the course was taken over for food production in WW1, and it remained open as a nine hole course, but after the war this proved too small for the resurgent membership (400) and, when efforts to recover the lost land were unsuccessful, it was decided to look for a new course. The club closed 1924 and reformed as Windyhill GC