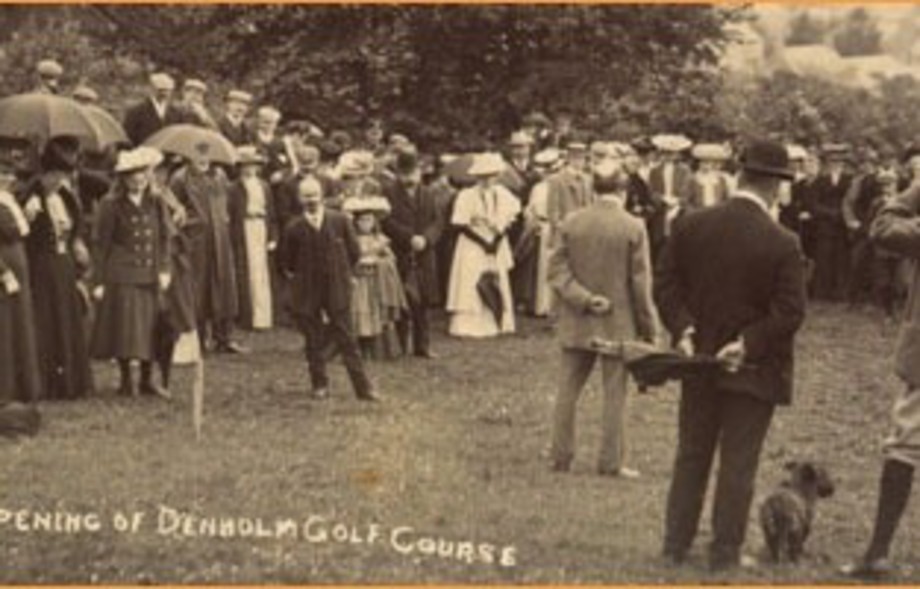 "A public meeting in connection with the proposed golf club was held in the schoolroom on Friday Night, when there was a fair attendance, presided over by Dr Brown. Mr Henry Watson promised to give a medal for competition.

The Rev. John Smith, interim Secretary, announced that a canvas of the district and village which had been taken up by the Ladies, resulted in putting the formation of the club beyond any doubt, as 113 persond had promised to become members, and give a donation to the funds. The membership fee had been fixed at 5/, Gent’s ; 2/6, artisans and Ladies. This meant an income for the first year of between £16 and £17.

Mr Harvey and Mr J. Sanderson moved that the club be formed. Mr Smith stated that the committee had in the meantime been able to get the privilege of playing over the field on Mr Gray’s farm, known as the Whinnie Knowe, at an annual rent of £10, but £5 would be charged for the first year.

The procuring of the necessary plant, it was estimated, had been got over by the kindness of the Hawick Club and local individuals giving some things on loan. The following committee were appointed:- Dr Brown, J.P. Scott, G. Watson, J. Sanderson, N. Furness, A. Beattie, G. Taylor : Ladies, Misses Scott, Harvey, L. Scott, A. Miller, Gillies, Rev John Smith and A.M. Eckford, Joint secretaries and Treasurers."   (SR 27.6.1907) 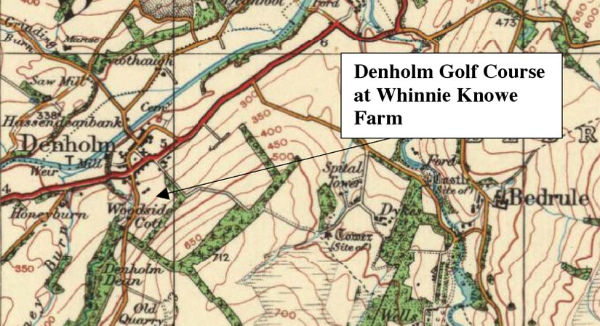 "The course formed at Denholm was opened on Saturday afternoon in presence of a goodly company.Dr Brown, Captain of the club, stated that the membership was 130.

Captain Palmer Douglas of Cavers, on whose lands the course is situated, in opening the course, said the game of golf was very widespread. When he was at Khartoum he found that golf was there.

Having been presented with a silver headed golf cleek, the Captain drove off the first ball, and declared the course open. Mrs Ross, Misses Tait and Reid then played a three ball match, with the following result :- Mrs Ross, 39 ; Miss Reid, 41. Miss Tait did not finish. A four ball foursome match was then played by Captain Fyfe Jamieson, and H.M. Duncan against G.P. Ross and James Houston. The match ended even. The above are members of Hawick Golf Club."   (SR 8.8 1907)