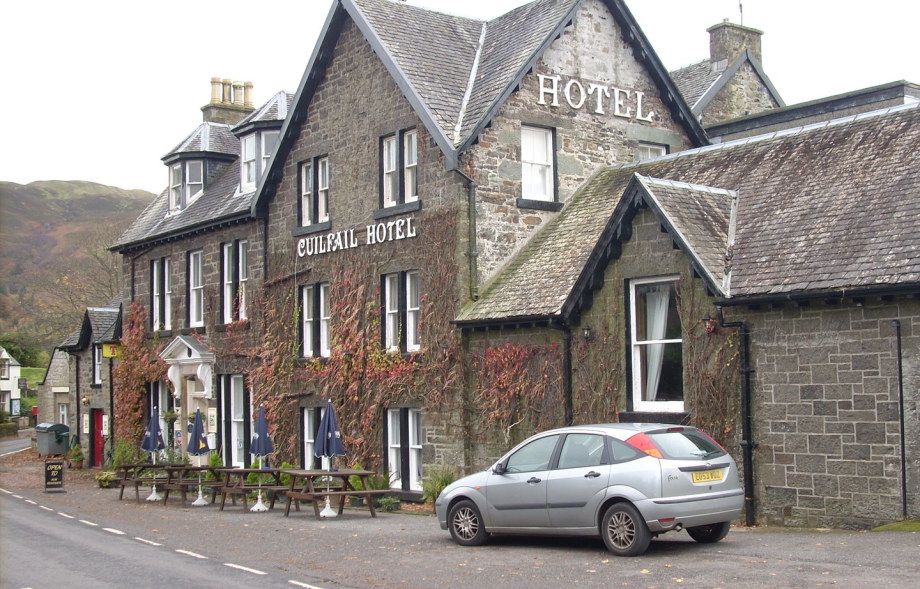 Cuilfail Hotel Golf Course. “On Friday, the 16 November 1894, the idea assumed a practical aspect when Mr Andrew Forgan, of the Glasgow Golfing Club, accompanied by Mr John S Blair, Melfort: ex-provost Menzies, Lochgilphead: and Mr MacFadyen, proprietor of the Cuilfail Hotel, laid out a course in close proximity to the hotel. Mr Forgan, a well-known and competent judge, expressed himself highly satisfied with the nature of the ground set apart for the game. Mr Blair, formed the first hole: and when it had been completed, he and Mr Menzies played the opening game. Tourists and the public generally will doubtless appreciate this endeavour on Mr MacFadyen’s part to supply their wants in this direction.” 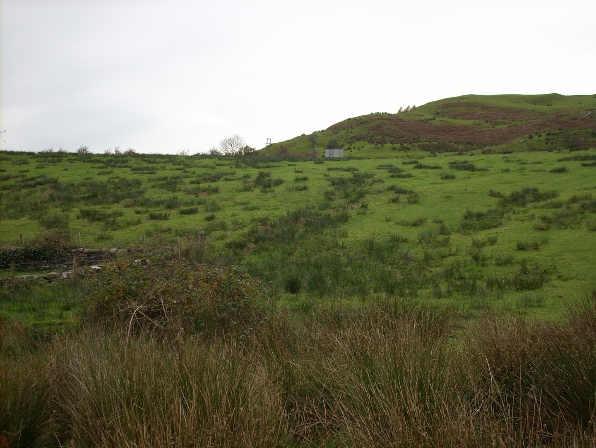 The course on the slopes behind the hotel. 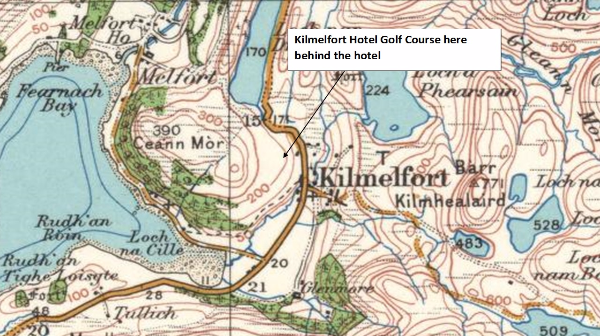 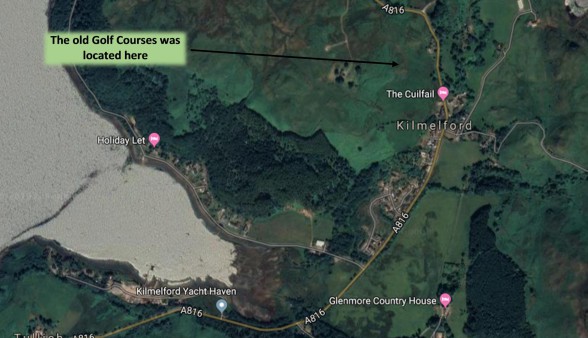 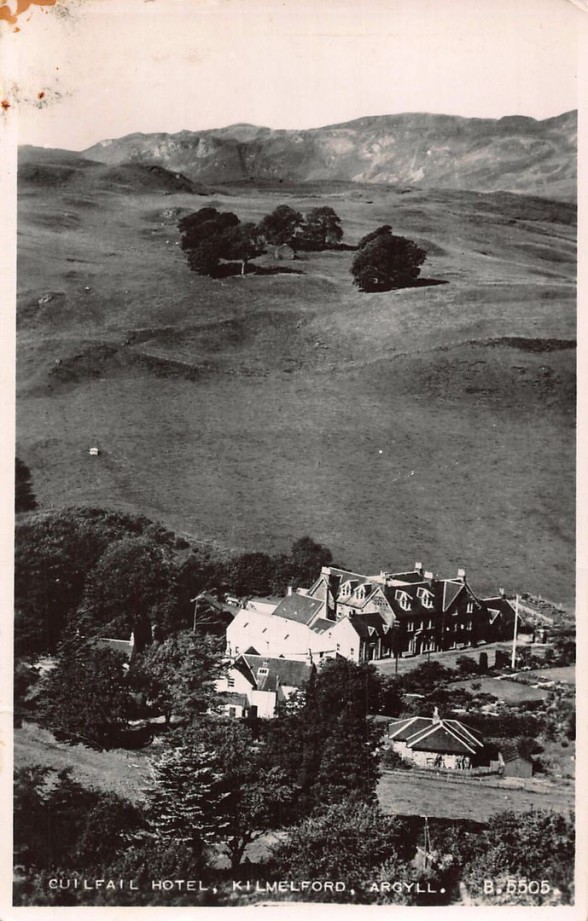 The golf course behind the hotel