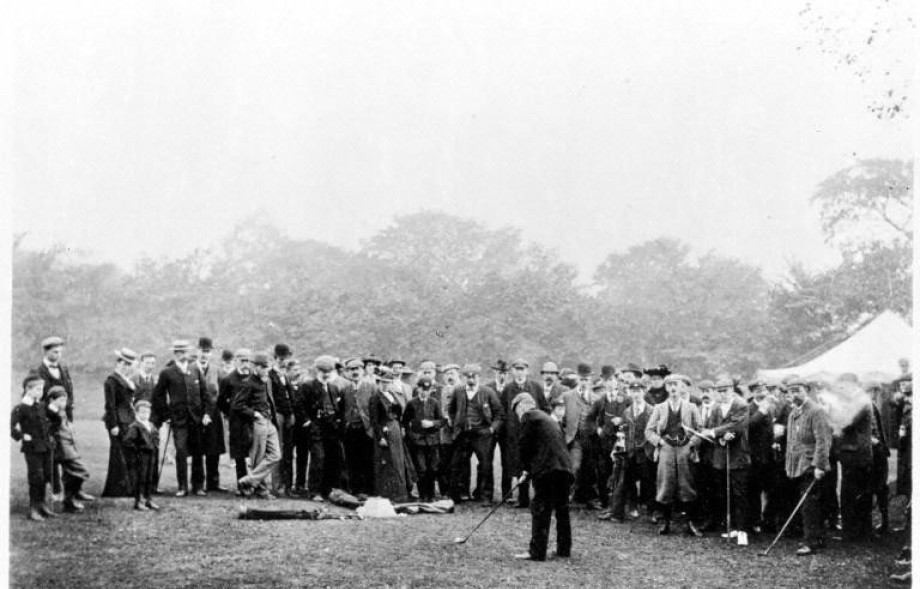 Corstorphine golfers would here with satisfaction of the formation of the club which has acquired a lease of ground from the trustees of the late Mr John MacMillan, with the object of laying out a golf course. The ground lies to the west of the familiar spot known as “ Rest and be thankful” and is said to provide, by its fine turf and general features, all the requisites of a first class inland green. The first Captain, Mr W.L. Walker, Manager of the Scottish Plate-Glass Insurance Company, is a keen golfer, and formed one of a company of Edinburgh gentlemen who visited Dollymount last year on the occasion of the Irish Open Championship. 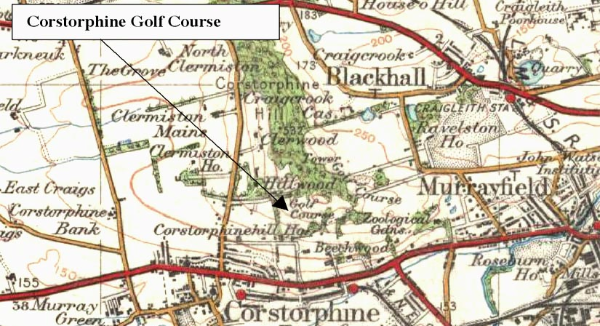 "One noteworthy feature is that in wet weather the course is never really dirty.  The greens are in perfect condition, and the turf is of first-rate quality.  The elevation of the course above sea level ensures bracing air and beautiful views of the surrounding country."   (NGYB 1907) 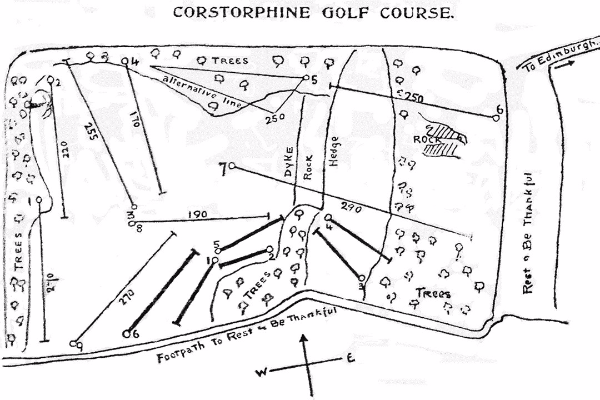 On Saturday the Corstorphine golf club concluded a most successful tournament, which took the form of a competition amongst the members for a medal and prizes. The competition was commenced the previous Saturday, when the formal opening of the course and clubhouse took place. The Captain, Mr W.J. Walker, whose acquaintance with golf dates back to Bruntsfield Links and the early sixties, performed the opening ceremony, and drove the first ball before a large turnout of members and their friends. The course is one of nine holes, laid out thus :- “ Plantation,” 275 yards ; “ Hillwood 220 yards,” “ Hillhouse 240 yards,” “ Tower 250 yards,” “ Forth View 305 yards,” “ Rest and be thankful 260 yards,” “ Upper Stack 300 yards,” “ Pentlands 230 yards,” and “ Village 330 yards – in all 2390 yards.

Although the ground was only acquired so recently as April last, the greenkeeper, W. Brydon, for several years an assistant at Mortonhall, has already got the course in capital order, and by spring golf on the “ Breezy Slopes of Corstorphine Hill” should be in full swing. The course is ten minutes walk from Pinkhill Station, on the new branch of the North British Railway, and golfers can easily reach the green in twenty minutes after leaving the Waverly Station.

The Honorary secretary, Mr James Denham, informs us that the membership is practically closed, a few places only being reserved for next spring at increased rates. Along the lower part of the ground a course of six holes has been laid out for Ladies and boys, and the list of those having the privilege of playing is already full up. The blue riband of the tournament was the Captain’s scratch medal and charm, which was won by Mr W. Nichols, with the very good score of 79 – 41 and 88, the latter being the green record.

Closed in 1927 when the Zoological Gardens acquired the ground for expansion. The club relocated and reformed as Ratho Park GC in 1928.