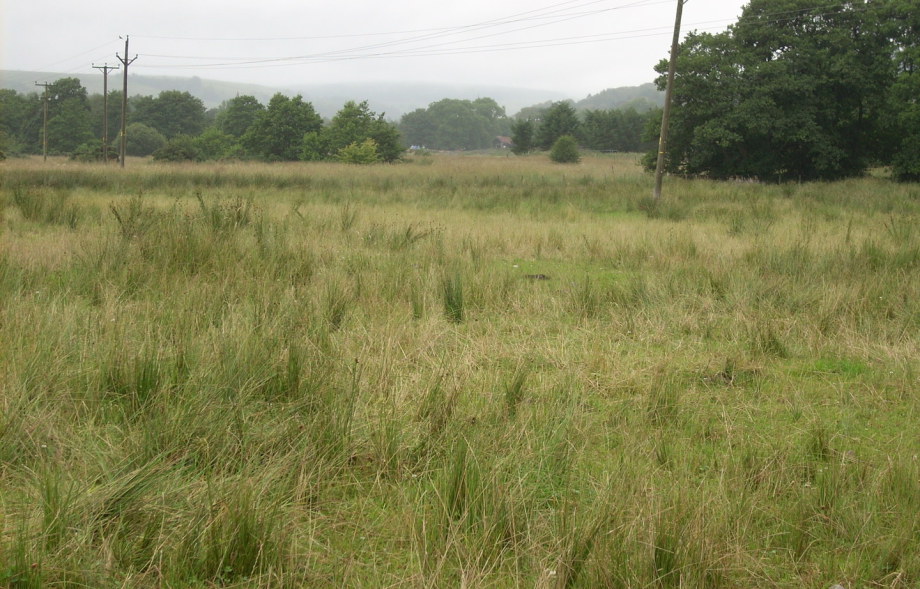 Yesterday afternoon an addition was made to the golfing facilities at Moffat by the formal opening of a nine hole course about three quarters of a mile from the town. The course, which is designated the Heathfield Golf Course, is situated on the old Carlisle Road near Nethermiln, on part of what was until recently part of Lord Rollo’s Dunncrieff estate. Yesterday, in presence of a large gathering, the course was formally opened by Mr John Henderson, Annandale House, who congratulated the promoters on the attractiveness of the course and expeditional manner in which the project had materialised. Mrs Henderson afterwards drove off the first ball.

Girls and Boys over 12

All members enrolled before 16th curt will be

Tion necessary, as the numbers are strictly

The course will be opened on 16th August at

2.30pm, when prizes will be given for the best

rounds ( Under Handicap ) for both ladies and

The course will be opened by

Mrs Henderson will drive off the first ball.

A new nine hole golf course was opened on Wednesday, on the Heathfield Park of Moffat. The formation of the course owes it’s origin to the initiative of Mr McNaught, Brookside, who gathered together a number of enthusiastic golfers as a committee.

The park was leased from Mr Borrowman of Oakrigg, and the formation of the course proceeded with such speed that it was practically completed in less than a fortnight.

The course is an ideal one as regards surface and layout. It is beautifully sheltered by woods, and from it extensive views of the Moffat hills can be had on almost every side. A feature is the lay out of one of the woods as a sheltered place of rest, seats being placed in convenient places throughout the wood.

A small temporary clubhouse is in course of erection and an artistic shelter of whinstone and slated roof, is also in course of erection. This shelter has been called Tamson’s shelter, after the smithy Robin of that worthy, immortalised in one of Burns poems, the site of which is near by.

There was a good attendance at the opening ceremony, notwithstanding that the earlier part of the day was very wet.

Mr John Henderson, Annandale House, President of the club, which will be called the Heathfield Park Golf Club, Opened the course with the following remarks :-

Before formally declaring the course open, it is right that I should say a few words in commendation of the venture – if venture it can be called. I have no doubt as to the certainty of success of the club. The support which it has already received is a guarantee of this ; over 50 members have already joined. This shows that a course of the kind is needed for Moffat, and that Moffat is not sufficiently served by the present 18 hole course. I don’t depreciate the present course, it is an excellent course for a young active man or woman and for a good player, but it rather trying for a middle aged man or woman and one who is not a good player. This course will serve the latter class, and in that respect it will fill a great want in Moffat, not only as regards the residents, but also as regards the summer visitors, for whom we must provide up to date sport, if we are to maintain the position of Moffat as a first class summer resort. Moffat to a certain extent lives by it’s face – by it’s natural beauties and by the facilities which it affords it’s visitors for sport and enjoyment. Now upon the course they can see the beauties of Moffat, not in one direction, but all around. They can also enjoy a good game at golf. There are two special features in connection with the formation of the course to which I should refer. It is right that I should give honour to whom honour is due. The founder of the club is the first Captain – Mr McNaught. I had long recognised the course as an ideal building site, but Mr McNaught did better and discovered it to be an ideal golf course. He did more, he started the club and provided financial guarantees required to put the club on it’s legs. He deserves all possible credit for his generous and public spirit in this matter. He did not stop there ; but he put a hustle on the work of forming the course, and the result has been that the course has been practically formed in a fortnight. Now, I think that constitutes a record for Moffat or anywhere else. The rapid way in which the course has been formed has been an eye opener to Moffat. I am sure that the club will be a success, so long as Captain McNaught is associated with it, and I hope he may long continue to be associated ( applause ).

Mr Henderson then declared the course open, and the first ball was played off by Mrs Henderson. The ball with which she played was then put up to auction, and purchased by Mr Gardiner, Warriston, for £3.10s

Mr Gardiner proposed a vote of thanks to Mrs Henderson, and referred also to the services of Mr McNaught. Mr McNaught spoke a few words of thanks for the references made to his services, and referred to the assistance he had received from Mr Mill, the Treasurer, and Mr Laurie the Secretary.

Playing then proceeded on the course, where a competition took place, details of which will be given next week.

A similar opening article to the above was reported in the standard.

Recently the management of this course has been vested in a local association, but we are now informed that it has changed hands. It is the property of Mr Wm. Borrowman, contractor, and the new lessee is Mr W. Brown, Whithorn, who has also purchased the bungalow and ground at the Burnfoot.

Mr Brown is recognised golf authority, and will be able to tutor those who wish to take up the game. He has been manager of Sanquhar Golf Course for a number of years.