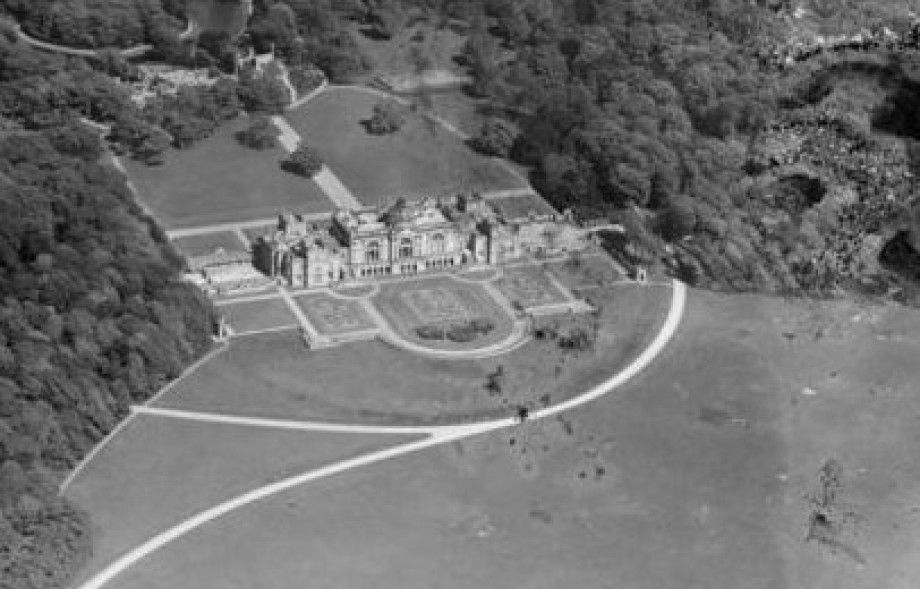 Gosford House. The course was laid out on the ground in front of the house.

Biel House, Stanton.  A 9-hole courses laid out in the Deer Park by Ben Sayers for the owner, the Earl of Belhaven

Edrington Castle, East Lothian.   A 9-hole course, in the policies owned by Messrs Gray. G(W) Vol XI “I am told that the Brothers Gray, the new proprietors of Edrington Castle Estate, Berwickshire, have had laid out on their property an attractive 9 hole course. The Messrs Gray are enthusiastic golfers, and leading members of the Berwick-Upon-Tweed Club, whose famous 18 hole course at Goswick is, by-the-way, giving capital sport to several ladies and gentlemen. Messrs Gray, who are building a fine new mansion house at Edrington. Intend to install the electric light there. (BN 1.5. 1906)

Garleton Hill, Haddington. “.....and thereafter to Garleton Hills, where two courses have been laid out. The one now played on (by Haddington Golf Club) is of nine holes.” (EEN 2.20.1903)

Haddington left Garleton and returned to its original home at Amitsfield Park in . It is not known for how long either of the two couirses remained in being.

“The Kinloch family were all golfers and could produce one of the most notable foursomes in the county. Namely Sir Alexander and his three sons, Major D A Kinloch, Grenadier Guards, Captain H A Kinloch, 60th Rifles, and Mr Patrick Kinloch, Advocate. This family foursome could often be seen playing over the Garleton course, one of the county’s more sporting venues.”

Hedderwick Hill, East Lothian.  "Mr St Clair Cunningham, the popular secretary of the East Lothian Club, has had an excellent 9 hole course laid out on his Hedderwick Estate at Dunbar.   The course has been laid out on ground between the house and the sea, which is excellently suited to the game.  It was on this ground that the Honourable Company at first proposed to make their new course, and one cannot look at the expanse of glorious turf, with numerous grand bunkers and grand views, without regretting that some company of the kind did not choose this for its course."

Lennoxlove, Haddington. The inauguration of Haddington Golf Club is described in the Golf Book of East Lothian thus:- “On Monday the 28th day of August 1865, the following gentlemen met at Lennoxlove for a day’s golfing, and to entertain Mr Samuel Wilkinson in return for many acts of hospitality and friendship on his part.” It is not known if the course was in existence before Haddington came to use it, nor for how long they used it. Further did it survive after Haddington moved to its new home at Amisfield Park?

Whittinghame House. “The Chief Secretary for Ireland, Arthur Balfour, another well known golfer, has “ Links” at his country seat of Whittinghame, near North Berwick, and, as most golfers “ go off” more in wrist iron shots than in any other part of the game, our country gentry are very wise to avail themselves with a little spare ground where the lovers of the Scotch national game may exercise their skill in “ driving and lofting,” and even in “ stymies.” (CO 12.9.1891) 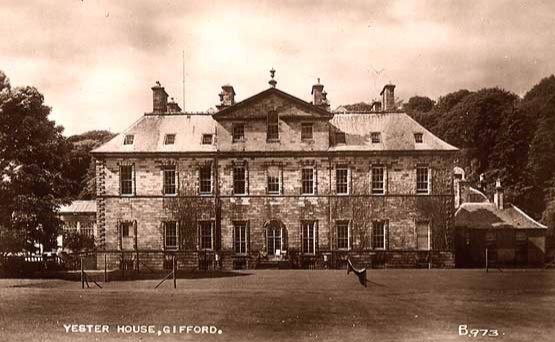 Roundel Golf Club. First mention 1891. “The Roundel is a club recently instituted, and, although its membership is at present only seven, containing some of the best and well-known players in the county.” The club won the East Lothian County Cup Competition played over Luffness Links, beating, successively Bass Rock, New Club North Berwick, and Dirleton Castle in the final. (GH 27.7.1891)

The club did not play in he 1893 competition.