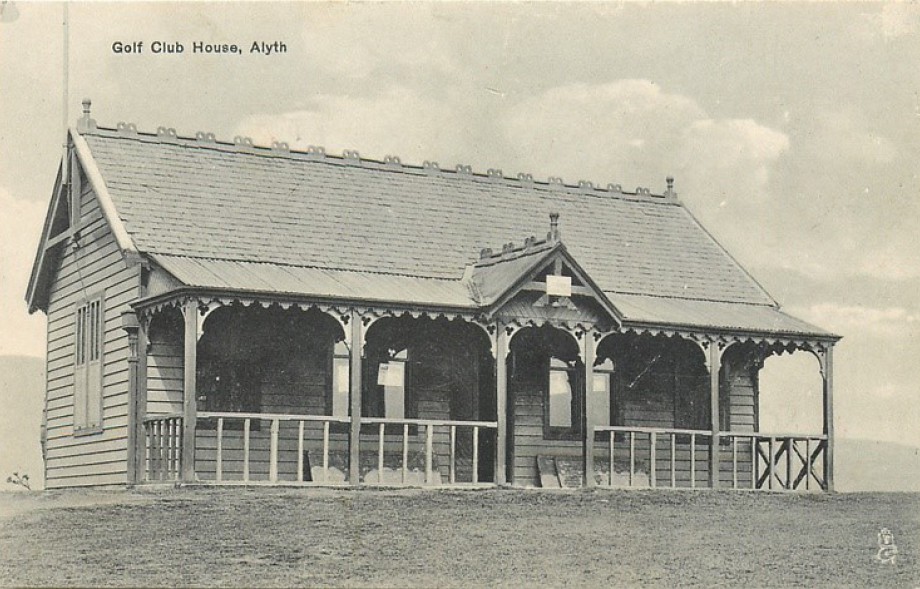 1st course opened in 1894 on ground belonging to the Rev. John Ross, Balloch and Captain Clayhills Henderson of Invergowrie.

Club was resuscitated in 1903.

Alyth is not to be behind it’s neighbours any longer in the matter of that much to be desired recreative adjunct – Viz, a golf course. Following on the report of the recently appointed committee, which gave in a list of 68 intending members, along with satisfactory terms regarding the lease of the ground, it was agreed at a meeting held lsat week, that a club be formed, to be called the Alyth Golf Club ; The following office bearers being thereafter appointed :- Hon. Presidents, Rev. John Ross, Balloch, and Captain Clayhills Henderson ( The proprietor of the course ) ; Captain, Dr McPherson, Ruthven ; Sub Captain, Rev. J.R. McLaren, Alyth ; Secretary and treasurer, Mr D.S. Kidd, Solicitor ; Committee of Management : - Messrs J. Reid, A.M. Ferguson, Solicitor ; Mr W. A Thoms and Mr F.T. Garden. It was remitted to the committee to draft rules to be submitted to a general meeting of members.

The fees were fixed as follows : - Gentlemen 10s 6d , with an entrance fee of 10s 6d, Ladies 10s 6d. It was left to the committee to have the course laid out and procure the assistance of a practical golfer, if need be. This ended the business.

Rev. D. McPherson said they had met for the very interesting object of opening a golf course in the neighborhood of Alyth. It was well known to golfers that a golf boom had set in all over the world, and it would scarcely do for a town like Alyth to be behind the age. In the spring of the year, Rev. Mr McLaren, the parish minister, an enthusiast of the purest type, had aroused from the lethargy which for some years he had fallen into, and had asked him to do something for golf.

They accordingly set themselves to try to stir up a little enthusiasm to get a club started. It was only about six weeks since they had had their first meeting, and all negotiations had been carried out since that time.

They had met with some opposition which which rather damped them, but on the other hand they had received such kindness that they were encouraged to go on. Dr McPherson then called upon Miss Isabella Jane Ross, Daughter of the Rev John Ross, Balloch, to strike the first ball, and this having been gracefully accomplished by the young lady, the course was formally declared open. The first match played was a foursome consiting of the Rev Dr McPherson and Rev. J.A. Mclaren against Provost Orchay and MrTom Morris. Provost Orchay and Tom Morris were the winners by one hole. The match was followed with interest by a considerable number of spectators. 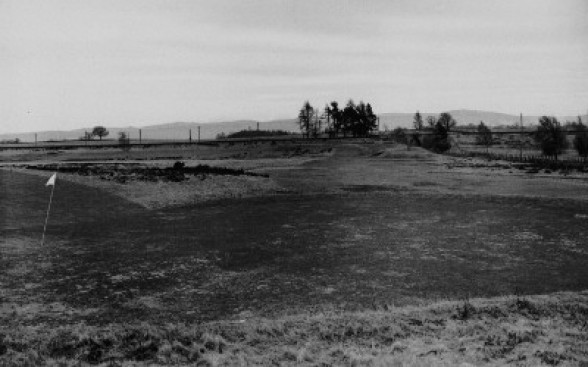