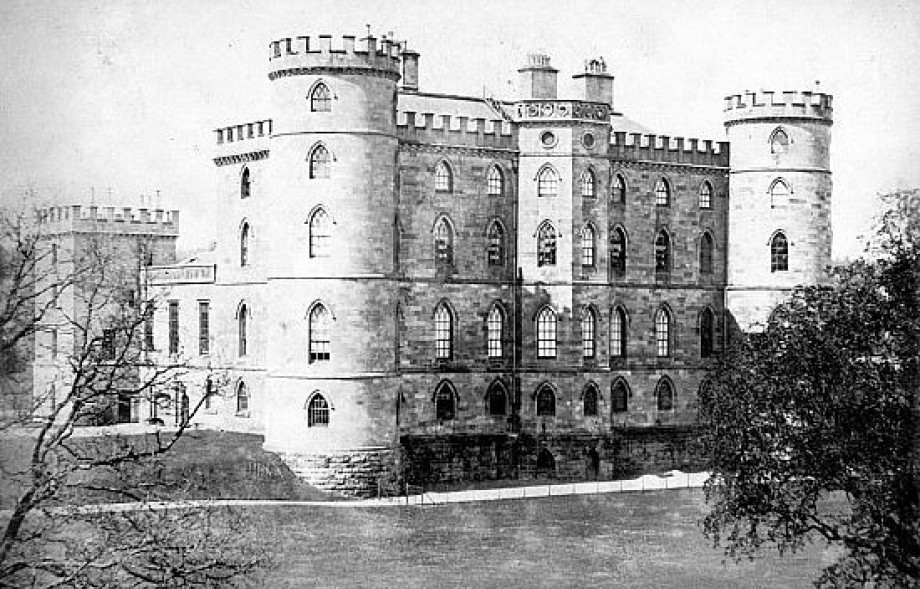 Beattock.  A course in the grounds owned by Mr W Younger.  Baptiste Bombardine was the private professional in 1907.  Source. GI 25.1.1907 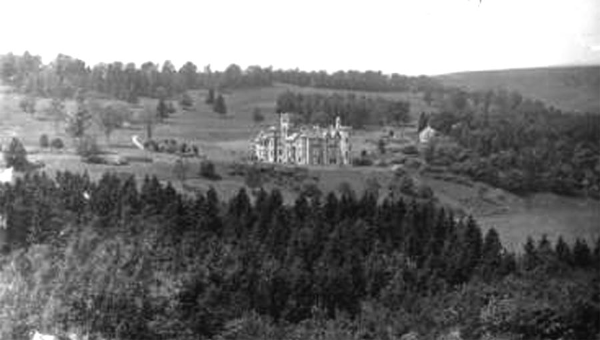 The course was on the ground behind the castle 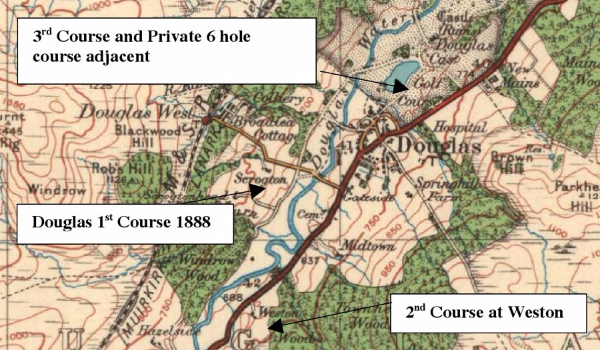 Douglas Castle. A six-hole course to the north-west of the Castle.

"On Saturday last, Mr C.C. Riach (Secretary) of the Douglas club was invited to play a match with the Right Hon. The Earl Of Home and Lord Douglas to inaugurate the Earls new private six hole course, laid out on the beautiful polices adjacent to Douglas Castle. Players from the Douglas club, friends and guests were divided into teams Captained by the Earl of Home and Lord Douglas. The match resulted in a win for the Earl of Home by 6 matches to 4 and the teams were entertained to tea afterwards."   (HA 14.4.1906)

Hairmyers Sanatorium, East Kilbride. Opened in 1919 for tuberculosis patients a golf course was laid out in the 1930’s to provide outdoor exercise for recuperating patients. 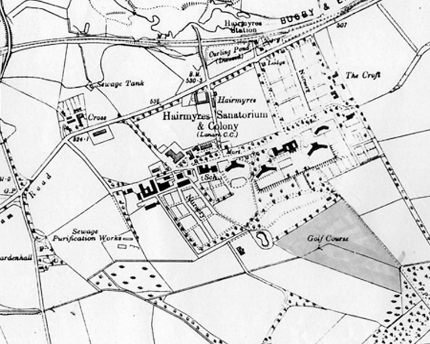 Recreation and sports featured prominently as a significant therapeutic approach to the patients well being. A tennis court, croquet lawn, curling rink, cricket pitch, football pitch and nine hole golf course were all constructed for the use of staff and patients, and sports day was an annual event enjoyed by all.

Hartwood hospital, a large Baronial style building with imposing twin towers was designed by the architect John L Murray of Biggar  ( Died 1909 ) and occupied one of the largest hospital sites in Scotland. It opened in 1895 and is now closed and mainly demolished. 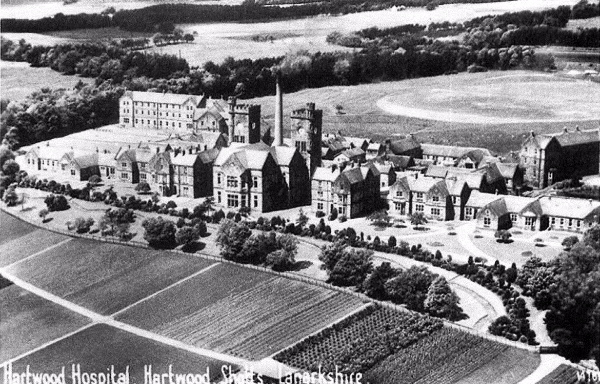 The golf course was to the rear of the Hospital.

Ravenscourt, Thorntonhall. “In 1906, Bishop's brother-in-law, William McA]pine, built Ravenscourt. He constructed a golf course and tennis courts in front of the Hall and a squash court and riding stables at the back. There was a sunshine recorder at the golf course. McAlpine left Ravenscourt in 1920.

More building took place in Wellknowe Road, Braehead Road and Peel Road, the latter by speculative builders. Local pilot, Major Geoffrey Moore, made a landing beside Peel Road in the early 1930s. In 1939 Bishop sold Thorntonhall and the advent of World War II in 1939 changed Thorntonhall for all time.” 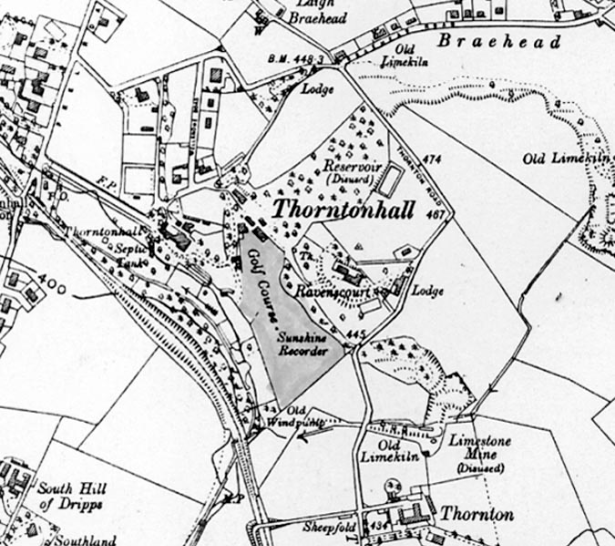