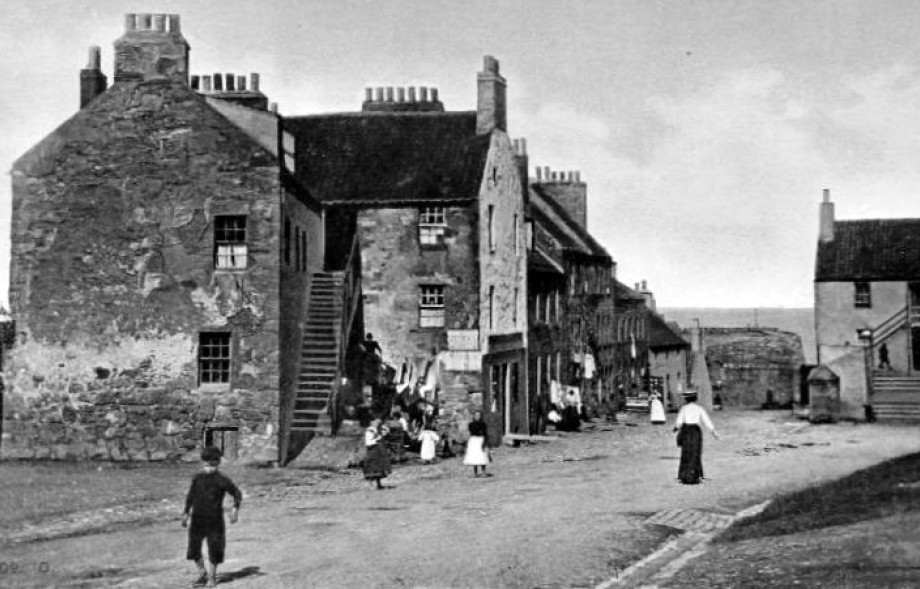 Mr A.J. Balfour, M.P., opened a fashionable bazaar and garden fete in Dunbar Mansion grounds on Thursday, in aid of the funds for the erection of a church hall, and other buildings in connection with the parish church, £2,000 is required. Mr Balfour, who travelled in his motor from his Whittinghame residence, was accompanied by Miss Balfour, Lady Francis Balfour, The Marchioness of Tweedale, and others.

The Manse grounds are admirably suited for such a display. Directly opposite the entrance to the grounds was a large marquee, measuring about 130 feet in length and by some 50 feet odds in width, in which the bazaar proper was held. Behind this was another marquee, in which was the refreshment stall ; to the West of this was the golf course ( Laid out by the Parish Minister, the Rev. Mr Boreland, a well-known border author and member of Edinburgh Border Counties Association.

This was Six-Hole course, There were also two golf clocks for adults, and another on the right of the ground for juveniles. On the West and North sides of the enclosure was shooting gallery.

The drawings for the three days totalled £1,244.

The article goes on to describe all the patrons and the actuall opening etc.