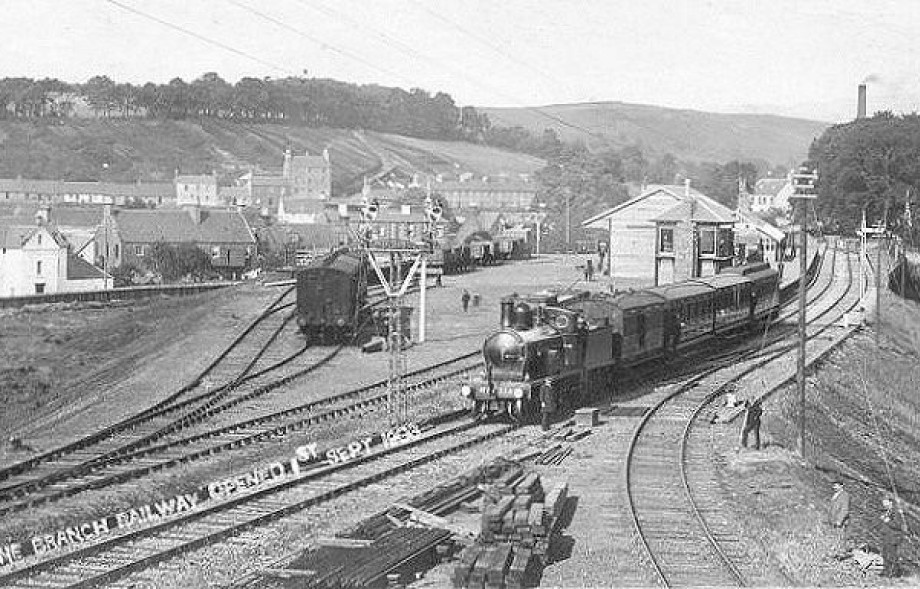 On the 12th April 1892 the club presented Mr William Park (who is also a member) with a handsome marble timepiece, as an acknowledgement of his kindness in granting the use of his field to the club.”

The Pyet Ha golf club resumed play for the season on Saturday last, on the field again kindly granted by Mr Wm. Park. This appears to be becoming quite a favourite pastime amongst us.

An interesting sweepstake game was played on the “ Pyet Ha” links on Saturday afternoon, with a pretty full turnout of members. Mr Monie, champion of the club, started scratch, while the other members had all more or less of a handicap. It was soon seen, from the Herculean drivesand deadly putting of the “ Demon,” that the scratch man was not init. The result was – Kemp 1st, Park 2nd, Dougall 3rd, Ewing 4th.

The club had to disband in 1893 when the land was required for grazing, and the Catrine club was formed in 1894 ( see below )

This club existed until 1903 when it had to fold because part of the land was required for the Catrine Brach railway line.

“This course was lost when the land was required for grazing, and a portion of the second course was taken up by the Catrine Branch Railway in 1903. Since then the golfers here were without a course.” (Ardrossan and Saltcoats Herald, 2.9.1910)

It can be seen that there were many members common to both clubs, so while they could have been the same club, it is more likely that the change of location caused the change of name. 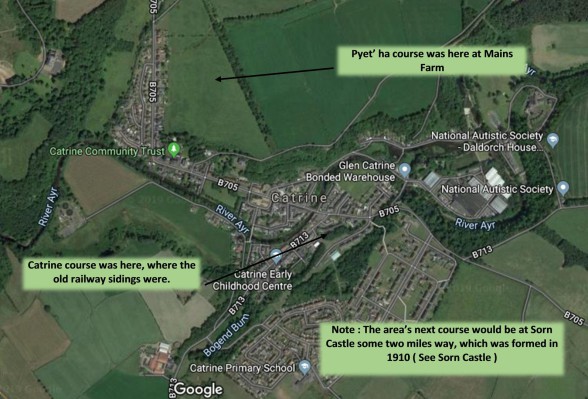 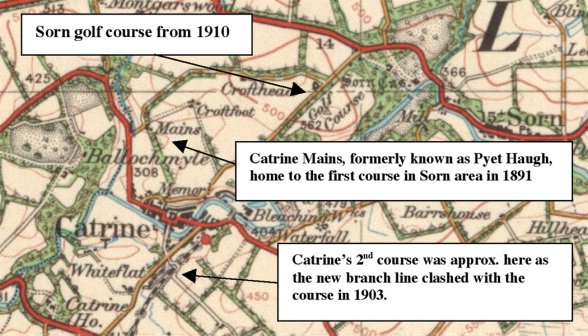