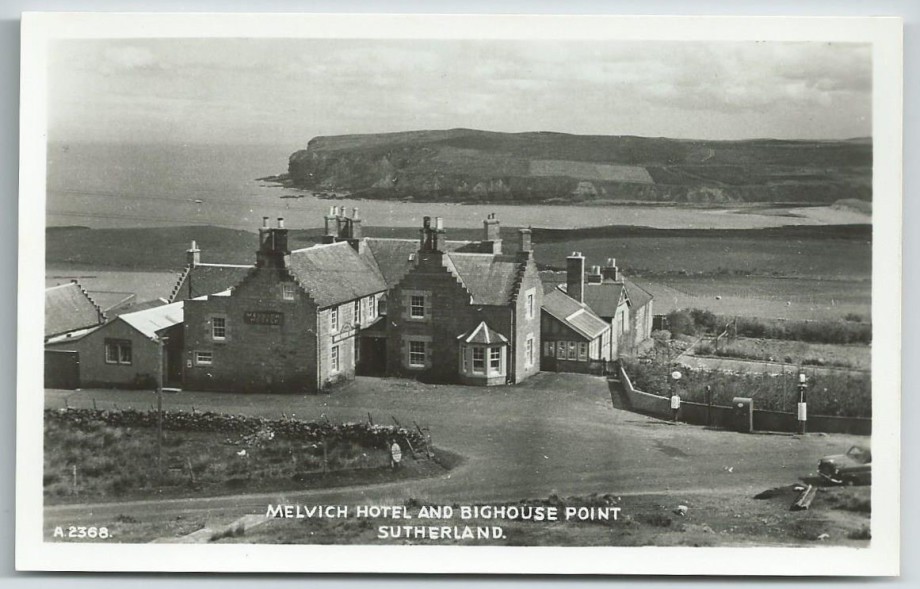 "On Saturday evening a match was played on the Melvich course between Reay and Melvich clubs, resulting in a win for Melvich by 7 strokes. The return match is to be played at Reay on Friday."   (JoGJ 22.6.1894)

"Melvich promises to be one of the popular golfing resorts in the north under the distinguished patronage of the Thurso golfers. Some of the natives of Melvich have gone in for the popular pastime with great enthusiasm. In fact, rumours crossed the border into Caithness that they had given up all kinds of work, and spent their time practising the fascinating game ; and further that the links hill pasture, and all the country round, have been converted into golf courses. Their fame travelled abroad until it came to the ears of the Thurso golfers. There are golf greens nearer Thurso than Melvich, but in the Melvich champions the Thurso golfers thought they would meet foemen worthy of their steel, and they did.

A friendly match was arranged for the Thurso holiday, and a party consisting of Dr Durran, and Messrs Tulloch, Smith, Sinclair, Macdonald, Shearer, and Dunnet drove out to Melvich to meet their opponents on their own ground. They enjoyed a pleasant drive out, passing on the way, the village of Reay, where there is a good green and some promising young players. But the Thurso team tarried only for refreshments. “Onward to Melvich ; Excelsior !” was the cry, and they proceeded.

On their arrival at Melvich inn they got a warm reception from the worthy host, who is champion golfer in the Reay country and patron saint of the game at Melvich. The home players having been got together, play was begun at three o’clock. There being a choice of several courses, and the afternoon threatening rain, and for various other reasons, it was resolved to play on the short course of five holes, with the first teeing ground at the door of the inn. This was reckoned an advantage at the end of each round, as in warm weather, playing golf is warm work.

The game throughout was contested with keen interest, and was thoroughly enjoyed by both teams. Mr Morrison and Mr Tulloch, the two best players in their respective teams, led off. They played a keen and close game, which finished in favour of the Melvich champion. Mr Mackintosh of the schoolhouse, Melvich, played Dr Durran with a similar result. Mr Murdo Mackay, one of the Melvich strong men, led Mr Smith, Forss, playing for the Thurso team, by several holes at the end of the game.

Mr McPherson, Stromness, who it is said, came specially over to play for his native place, had an advantage over Mr S. McDonald, Thurso. The keenest contest of the day was between Master Tom Morrison, Melvich, who led out Mr Dunnet, the heavy man of the Thurso team. The game ended in a draw, and from the fact that one of the combatants was overheard saying “Now Tom, I play six more,” it may be assumed that the scoring was good. In the absence of one of the home team, Mr E. Buik, Wick, played for Melvich, his opponent being Mr J. Shearer, Thurso. The game was pretty even, the advantage being for the Melvich side.

Play for the day ended decidedly in favour of Melvich. Out of consideration for the feelings of some of the players the scores are not to be given in detail. A Foursome, in which Messrs Morrison and Mackintosh of the home team played Mr Tulloch and Dr Durran, was very close, ending in one hole to the credit of Melvich.

A very important event of the day was the dinner, which came off in Melvich Inn at 6 o’clock. With an appetite inspired by Reay country air the toilers from the city enjoyed such a repast as very few hotels in the north could produce. The kindly host and hostess of Melvich sped their parting guests at nine o’clock, and the Thurso team returned home, defeated, but not dismayed, and much invigorated by their day’s outing. The Melvich team are soon to play the Thurso men on their own ground." 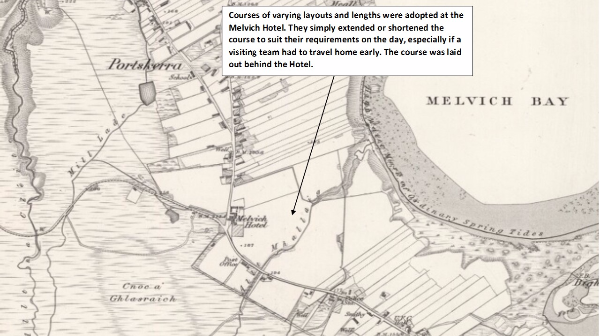