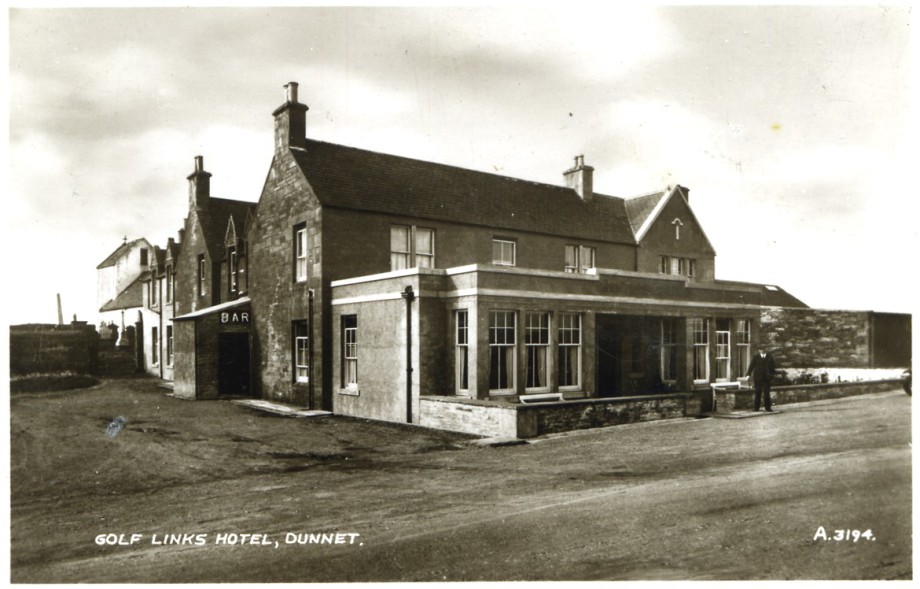 Strong winds and driving rain are probably the worst conditions for playing golf in.  Despite this the game has been played in Caithness and the north Sutherland coast for more than 100 years.  Within Caithness golf was played at Lybster, Wick, John O’Groats, Dunnet, Thurso and Reay.  Outside the county reference has been made of golf being played at Melvich and Bettyhill.  Also within each district there appears to have been smaller areas of play with possibly only a few holes.  Within the Thurso area records show that Dunnet was the main course while smaller courses were at Brims, Gallow Hill/Wolfburn and at the riverside.  It is obvious that a relatively large number of people played golf in those earily days in and around Thurso.  It is easy to understand therefore why some organisation was needed and there was a desire to form a golf club.

The Links at Dunnet were being used for golf long before the Thurso club was formed. Wick golf club would visit the links on an annual basis to clebebrate their annual summer holiday as can be sen from the following reports.

The Golf Club At Dunnet

The Wick golf club played a match on Thursday at Dunnet Links, when fifteen players took part in the game. The following were the prize-men :- 1, Chas. Fletcher 95 ; 2, John Murray 96 ; 3, W.M. Crowe 96 ; 4, J. Harrison 102 ; 5, W. Dick 108 ; , Dr Alexander and J. Henderson each 109. The other scores ranged from 123 to 136, and for obvious reasons we forbear giving the names of the players and their respective scores. The ground was hard and dry, but the weather, from a golfers point of view, might appropriately be called Queens weather.

The golfers, on arrival at the links, found young Dunnet waiting in large numbers. No time was lost in each man engaging a caddy from amongst the youngsters. The game had not begun when the school board officer appeared on the scene, and gave an unexpected turn to the aspect of affairs. Most of the caddies were, metaphorically speaking, collared and bundled back to school. Unwillingly they went, and the golf club was left amused and lamenting. Soon afterwards another detachment, beyond school age, filled the breach, and the game proceeded.

That the officer did his duty no one was disposed to doubt, but it might be a fine point at law whether the golfers who engaged the scholars had not rendered themselves liable to a penalty.

After the match, a hearty dinner was partaken of at Mrs Spence’s. Thereafter the company broke up into parties, some of whom played a round or two at golf, and others visited the grand rock scenery of Dunnet Head and its vicinity before returning to Wick.

As stated earlier the Dunnet Links had been used for golf well before the newly-formed Thurso Golf Club started to use the links in June 1893.  However, it was felt from the outset that Dunnet was too far from Thurso and that a course nearer the town should be sought. One was opened at Pennyland in August 1893 and the club played at both venues, although Dunnet was still the main course. While a new course was opened in 1906 in Thurso, the club retained the rights to play over Dunnet links. In 1921 Dunnet Bay Golf Club was formed to take over the links, although Thurso retained he right to play competitive matches there provided sufficient notice was given.(Thurso GC 1893-1993)

James F Wilson was the hotel-keeper at the Golf Links Hotel and was responsible for the course being laid out by James Braid.  As the family took the hotel at the end of 1932, the course must have been laid out in the mid-thirties.  The course was strictly a hotel amenity for guests but locals could get permission to play.  James Braid was anxious to extend the course to make it a full 18 hole championship course but the 1939 War hit that possibility on the head and even more sadly the course reverted to grazing ground when nobody was able to tend to it properly.  By 1940, the hotel was requisitioned to be the Officers Mess for RAF Thurdistoft, a nearby airbase.  After the war the hotel was renamed "Northern Sands Hotel."

I understand that many golf enthusiasts drove a few practice strokes on Dunnet Links prior to the course being laid out by James Braid and my wife remembers people driving balls across the road from the links to Marymas Green in front of Maori Ha'."(Source: Mr Wilson's son in law, resident of Dunnet)

From the inception of the club, it was felt that the Dunnet links were rather far from Thurso.  Suggestions were being made as early as July 1893 that a course closer to Thurso should be sought.  An area at Brimms was looked at and nearer to Thurso the area around Gallow Hill, Howeburn and Wolfburn.  By the end of July 1893 permission was granted by Mr George MacDonald of Pennyland to the golf club to lay out a course in this area.

The laying out of a course in those early days was obviously much easier than at present as the first competition, for the Somerville Cup, took place on the 2nd September 1893 over the new course.  Twenty members took part and a Dr Asher and a Mr Donald Mackay tied for the first place on 110 while Dr Durran was next on 113 net.

Over the next few years competitive golf was played over both the Dunnet links and the course at Pennyland.  The latter course was known by various names during the years of its used, sometimes being called the Wolfburn, the Howeburn, or the Gallows Hill course.

At some time prior to 1900 the course in the Pennyland area was given up and negotiations started to acquire the land at Holburn Head for a course.  During 1900 a course at Holburn Head was set out and golf was played there until 1903.  Dunnet, however, was still the main course. 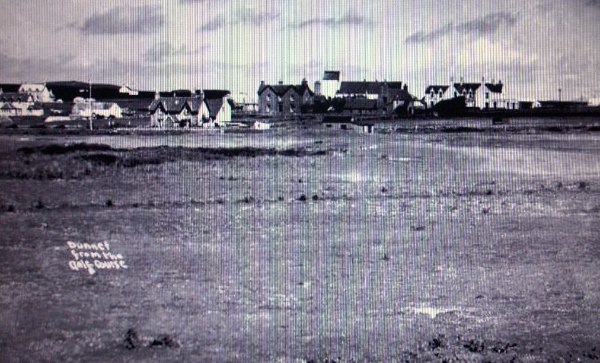