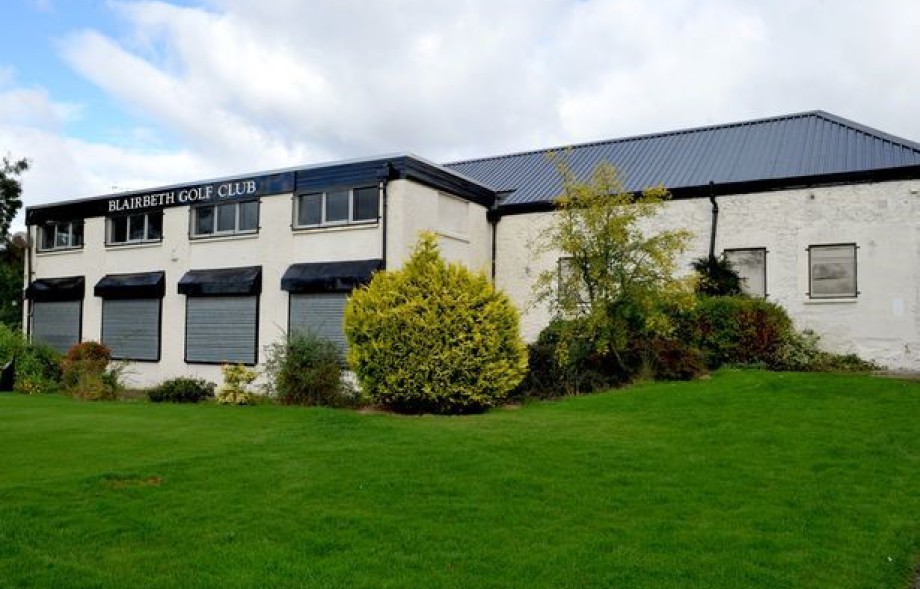 We have been unable to find much information on this course from our usual newspaper sources.

Like many other clubs, Blairbeth Golf Club was founded in the middle of an era of expansion for Scottish golf: driven by the development of the suburbs and an urban rail network to serve them,in the late 19th. and early 20th century.

The club has occupied three sites since its founding in 1910. The first site was within a few hundred yards of Burnside Station, somewhere to the south west of the junction of Burnside and Blairbeth Roads, near Crawford Road. Even though there are no known records of the club's inception, in 1910, many of the founder members played golf and lived in the area. In the long summer evenings, some of these golfers may even have played or practised on the fields that later became the site of the first course.

The description of a walk from Rutherglen to Cathkin via Stonelaw Road in 1856 shows how rural the area was before the spread of the suburbs:
"....from Stonelaw to Cathkin the road gradually ascends through a delightful succession of gentle swelling knolls and fields in a high state of cultivation, interspersed with clumps of woods and fine belts of planting...."

So when the first 9 hole course was built on farmland, the northern boundry would have been the new houses of the burgeoning suburb of Burnside.To the south there was rolling farmland and trees as far as Cathkin Braes.

As the suburbs expanded in the 1930's the club was forced to move south westwards to a site at Bowhouse Farm. The farmhouse was sited on Fernhill Road where St Mark's church now stands. On this site, another 9 hole course was constructed and the rough outline of parts of the course can still be seen.The club remained on this site until, once again, house building in the 1950's forced a move to the south west.

Little is known of the first site other than it's rough location; all that is known of the club is that the founder beneficiary was Mr George M Hay and that a high proportion of the members were ladies.

Of the second site we have a more accurate site location. We know that the clubhouse was a rudimentary wooden hut and if the memory of older members is correct, many a good days golf was finished off with an even better evening's entertainment in the old wooden clubhouse.

When in 1956 the club moved to Mill Farm, our present site, and the members with little money and even less in the way of equipment, started to design and construct an 18 hole golf course on 70.4 acres of rolling farmland. The only expertise that was readily to hand was that of the membership and their labour, that they gave free of charge, to build the golf course on land that a few years before had been a working farm.

Through the years the course has changed but the spirit of these original members has continued and will continue through future golfers at Blairbeth.

The aim, as it was in 1910 is to provide a golf club with a warm and friendly welcome for all golfers and a course that is a good and fair test of golf. 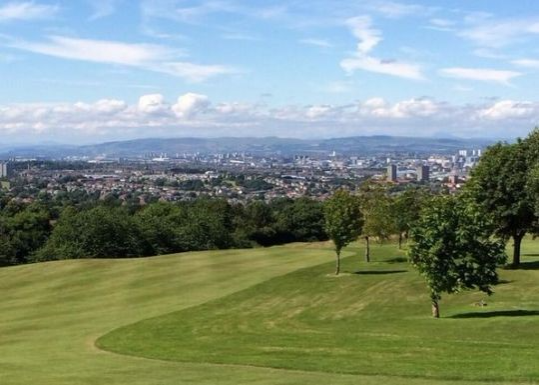 Blairbeth's last course had lovely views over Glasgow and the North.