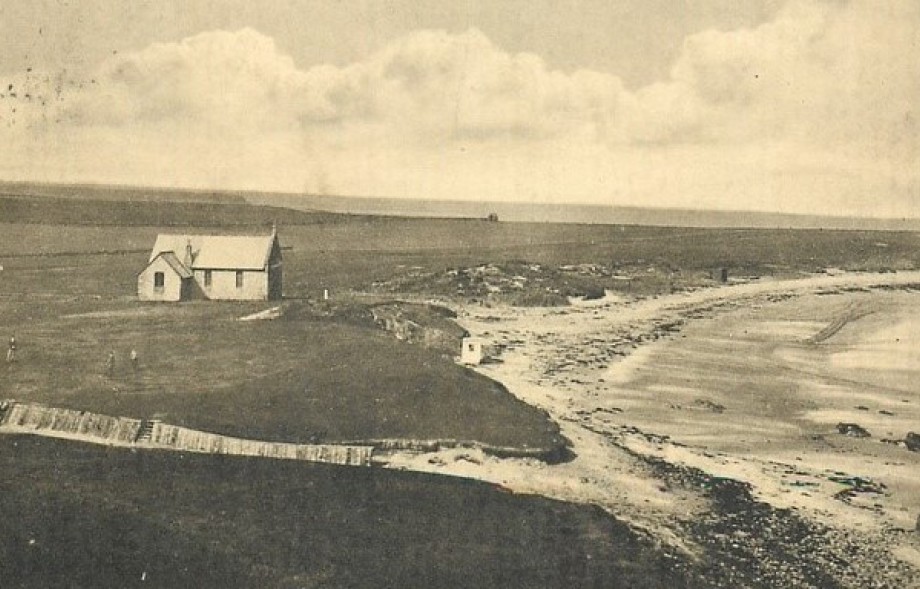 The Crail Golfing society are one of the oldest in the world and have a wonderful archive of their minutes at the club. They also produced a comprehensive history of the club, however, my task here on this site is simply to highlight the club's previous course at Sauchope before they moved to Balcomie Links in 1895. 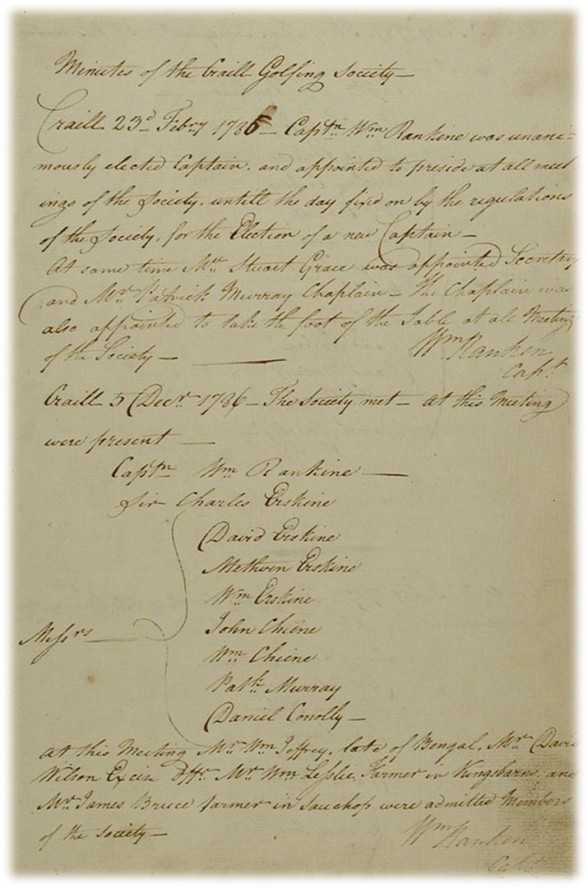 It is generally accepted by most historians that golf was being played at Crail on Sauchope links prior to the societies formation, however, no concrete evidence exists of this. 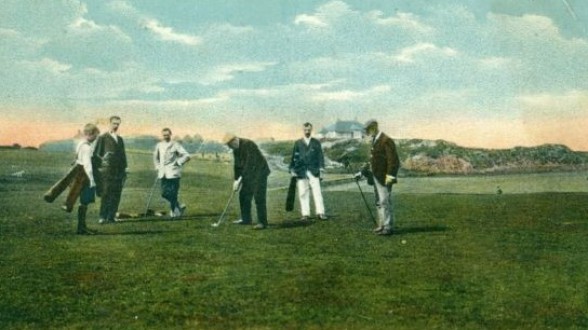 The Gazetteer of Scotland published in 1832 states that there was a golf club in Crail in 1760, playing on part of the farm at Sauchope under a dual rights of occupancy arrangement – golfing and grazing. However no other records have been found.

In 1786 the Crail Golfing Society was formed, playing over a course at Sauchope. The Society was dissolved in 1812 and not re-established until 1824. It is not known what happened to the links during this period, but a Society minute of 1842 mentions an 8-hole course at Sauchope. There was another moratorium in the Society’s activities with no competitions being played from 1849 until 1856, when the Society played its first competition over Balcomie Links. Again, there are no records of a course there at that time, but Balcomie Castle was owned by Sir Charles Erskine of Cambo who had a course on his primary estate, Cambo, and who, in addition to being one of the foundationers of the Society, was also a Captain of the R & A. Being such a keen golfer, it is a reasonable assumption that he also had a course laid out at Balcomie House and it was on this that the Society played. However, it continued to play over the Sauchope course until 1859 when there was yet another break until 1872, when it again resumed playing with the first competition played over Sauchope.

In 1872 the East Neuk o’ Fife Golf Club, and in 1880 the Crail Thistle Golf Club were formed, both playing over the Sauchope course.

In 1890, the course was extended to one of 18 holes. “The two golfing clubs of Crail, acting in conjunction with the Town Council, have begun to improve and extend the present course on Sauchope Links to the East. Ten holes will be added, while the cart tracks and other objectionable features are to be removed. Mr George Duncan, London, is also to restore and repair the Castle Yard cliff in Crail, under the direction of Messrs Leslie & Reid C.E. Edinburgh. The top of the cliff adjoins the old Castle yard grounds, formerly occupied by King David II., and the promenade round it is to be made safe by a railing.” (Glasgow Herald April 9th 1890)  In 1894, the East Neuk o’ Fife Club amalgamated with the Crail Golfing Society, and the new club moved to its newly laid out home at Balcomie. This meant that there was much less activity on the Sauchope course, although the local inhabitants still had their historical right to play. 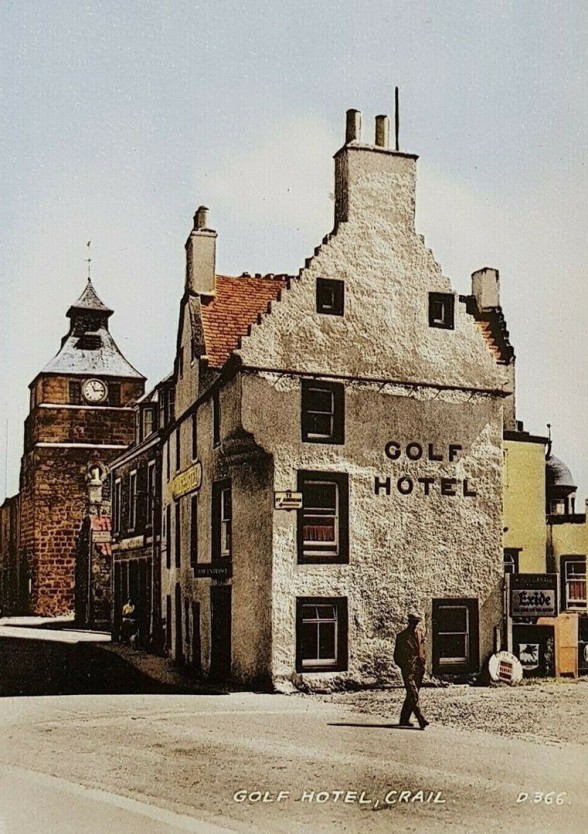 The golf hotel, Crail, still serving up meals to this day just as it did all those years ago for the Sauchope golfers