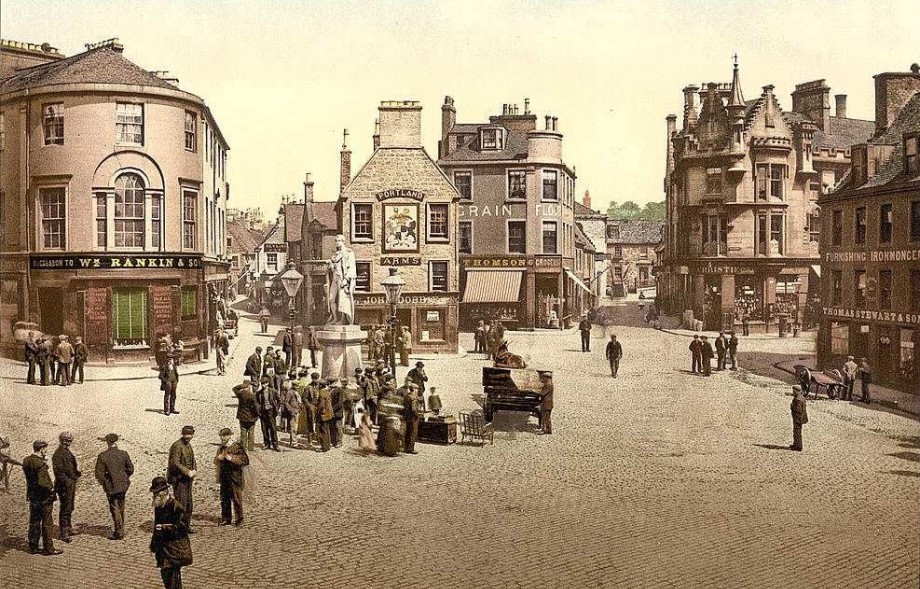 Half of this lot look like they are out of work. We need a municipal golf course

A meeting of those interested in the formation of a municipal golf course in Kilmarnock was held on Thursday evening in the Ossington. About thirty gentlemen were present, and Mr James W. Walker, of Messrs Walker & Templeton, was called on to preside.

The chairman said that the majority of those present were members of other clubs, but the opinion had been freely expressed that a municipal course in Kilmarnock would be better for themselves and would also be of great benefit to the town generally.

Mr J.E. Calver said that the scope for recreation in the town was somewhat limited, and if they could manage to increase these facilities it would be a great advantage to the young folks in the town. There was a considerable amount of sympathy with the project amongst the members of the town council. Mr John Kirkland said he knew that there were a lot of young men in the Glenfield works who would be ready to take advantage of the facilities suggested provided the terms were moderate. He suggested that a committee be formed to secure as many names as possible before approaching the town council.

Mr George McDonald, manager of the telephone company, said that a municipal golf course would be of great benefit to tradesmen in the town. Money that was spent at present on train Fres, luncheons, &c, would be spent in the town, and this was one of the arguments that should be placed before the town council. He did not think there would be any great difficulty in securing ground.

Mr Anderson, a member of the Irvine Municipal club, explained how they had started the club at Irvine. They had about two hundred names before they approached the council. The annual subscription had been set at ten shillings, or threepence a round, and so far as he knew the club had been a success. On the motion of Mr McDonald, seconded by Mr Alex Fulton, it was unanimously agreed that a municipal golf course was desireable.

A meeting of those interested in the proposal for a formation of a municipal golf course was held last night in the Ossington. Mr George McDonald, chairman of the committee, presided over a large attendance.

The chairman said that the committee had received a total of 524 names of ladies and gentlemen favourable to the proposal and this could be added to without any special effort. The committee had gathered as much information as they possibly could in regard to the rental and the cost of laying out the ground. They had had a plan prepared of ground on the Bellfield Estate extending to about 97 acres, which would be ample for an 18 hole course. The rental of the ground at present was £98, which was by far the cheapest ground that could be got in the vicinity of Kilmarnock. From the rental there would require to be deducted a certain amount which would be received from a grazing tenant, estimated roughly at £40, and this would reduce the actual rental to about £50. The committee reckoned that, according to the number of names received the income would be £331 and he thought they were now quite justified in approaching the council on the matter. The cost of laying out golf courses varied considerably. The late Tom Morris estimated at £290 ; the Kilmarnock club’s course at Barrassie cost £72 ; the municipal golf course at Troon cost £500 ; and St Cuthberts, Prestwick, £300. Of course it all depended on the ground, but he thought the cost of laying out the ground at Bellfield would be nearer the lower than the higher figures quoted. Regarding the annual expenditure, it had been estimated that this would amount to about £200, which would leave them with a surplus of £131.

After an expression of opinion, and a short discussion, it was unanimously decided that the committee appoint a deputation to approach the finance committee of the town council to consider the advisability of forming a municipal golf course. The proposed course at Bellfield is situated about six hundred yards from the car terminus at Willock St, Riccarton.

The new Municipal course at Kilmarnock will not be a lengthy one. The holes are all fairly short, the longest being 285, and the shortest 158 yards. The turf, however, is very good and the ground is of an undulating nature, which gives a sporting interest to the course. A good feature in connection with the course is that there is no crossing of holes, and although the shortness of the holes may cause a little congestion at times, the fairways are reasonably roomy, and play should proceed with plenty of freedom. It is hoped that the course will be ready for play by the easter holidays, and already there are indications that the club will be inaugurated with a very satisfactory membership.

Kilmarnock Municipal.  Opened 1909. “Kilmarnock’s new Municipal golf course was formally opened on Saturday with an exhibition match between David Kinnell and Mr Robert Andrew, the Prestwick Amateur. The feature of the play was the splendid driving and approaching of both, but the professional was deadlier at the short game, and won by four up. Mr Andrew had the sixth hole in two. Mrs Gemmill, the wife of Provost Gemmill, drove off the first ball with a silver-mounted driver presented to her for that purpose as a memento of the occasion by Treasurer James Smith, on behalf of the town council. A similar presentation was made to Mr Hugh S. Dunn, in appreciation of his services in connection with the acquirement of the ground by the corporation. The total length of the course is 4190 yards, the longest hole being 285 yards and the shortest 158 yards. The membership of the course has already reached 506 - 370 gentlemen, 98 ladies, and 38 juveniles.” (ASH 7.5.1909)  Renamed Caprington GC in 1958 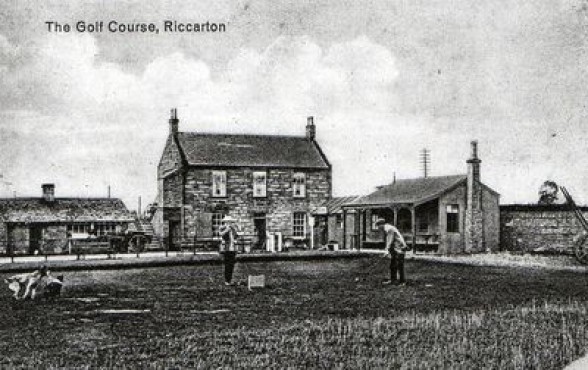 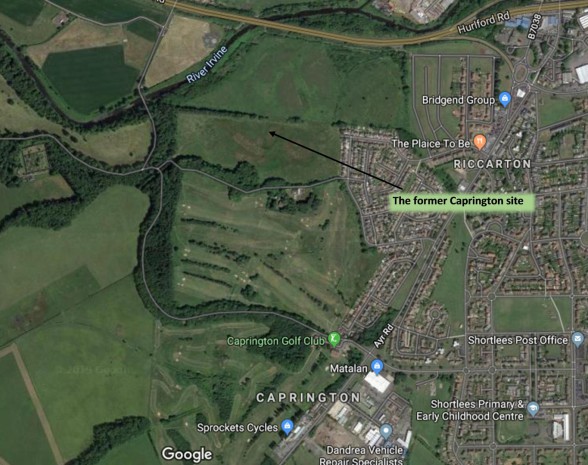